— The marvel of technology and architecture meets the energy of live performance in a spectacular celebrative show.

The 43rd UAE National Day was a combination of a spectacular stage show and a spectacular grand finale with projection and fireworks on Burj Al Arab.

The show Arena was built around a 70m wide projection mapped set.

400 performers were choreographed to bring to life the story of the modern Emirates alongside a stunning 4k film, computer generated imagery and spectacular fireworks. 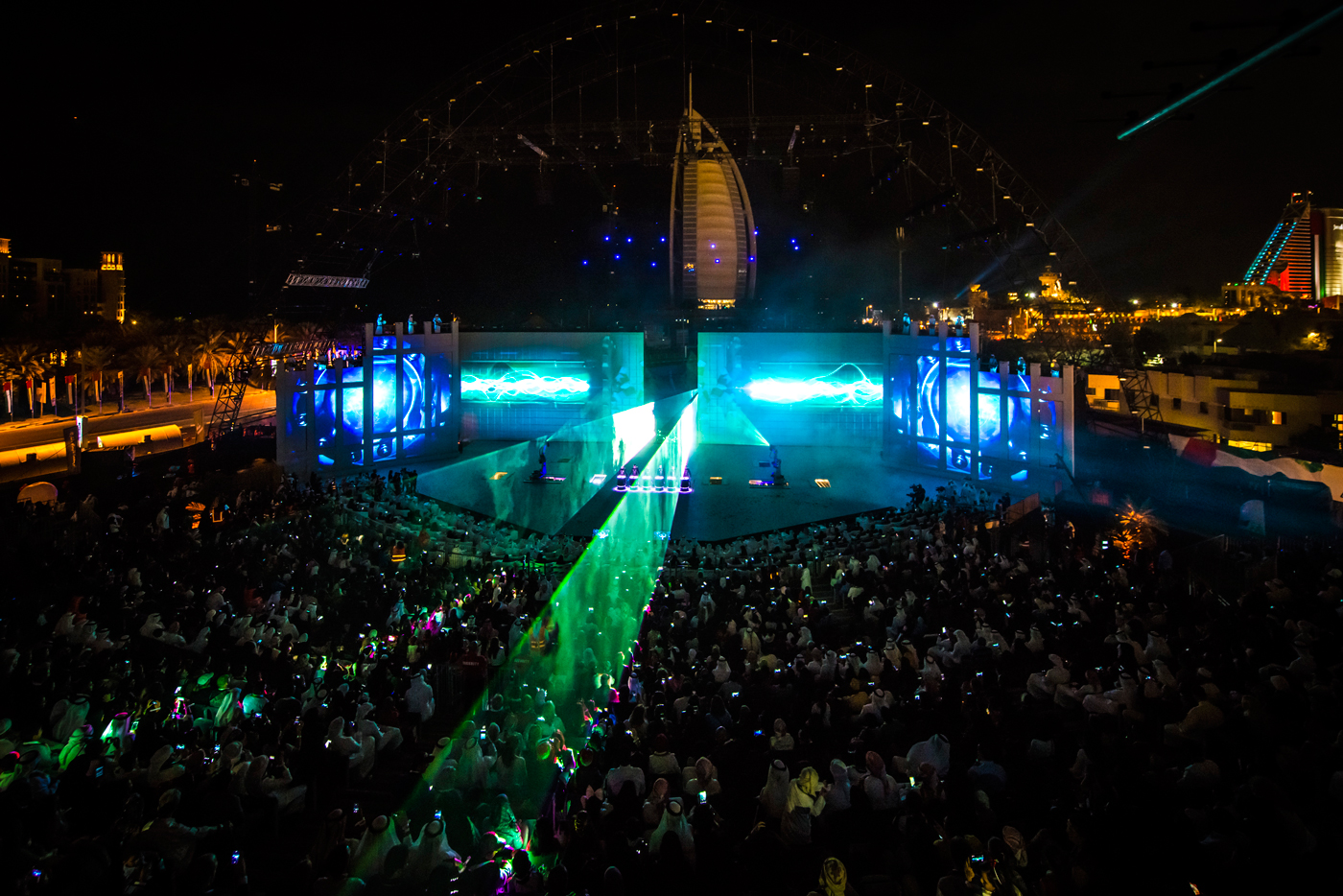 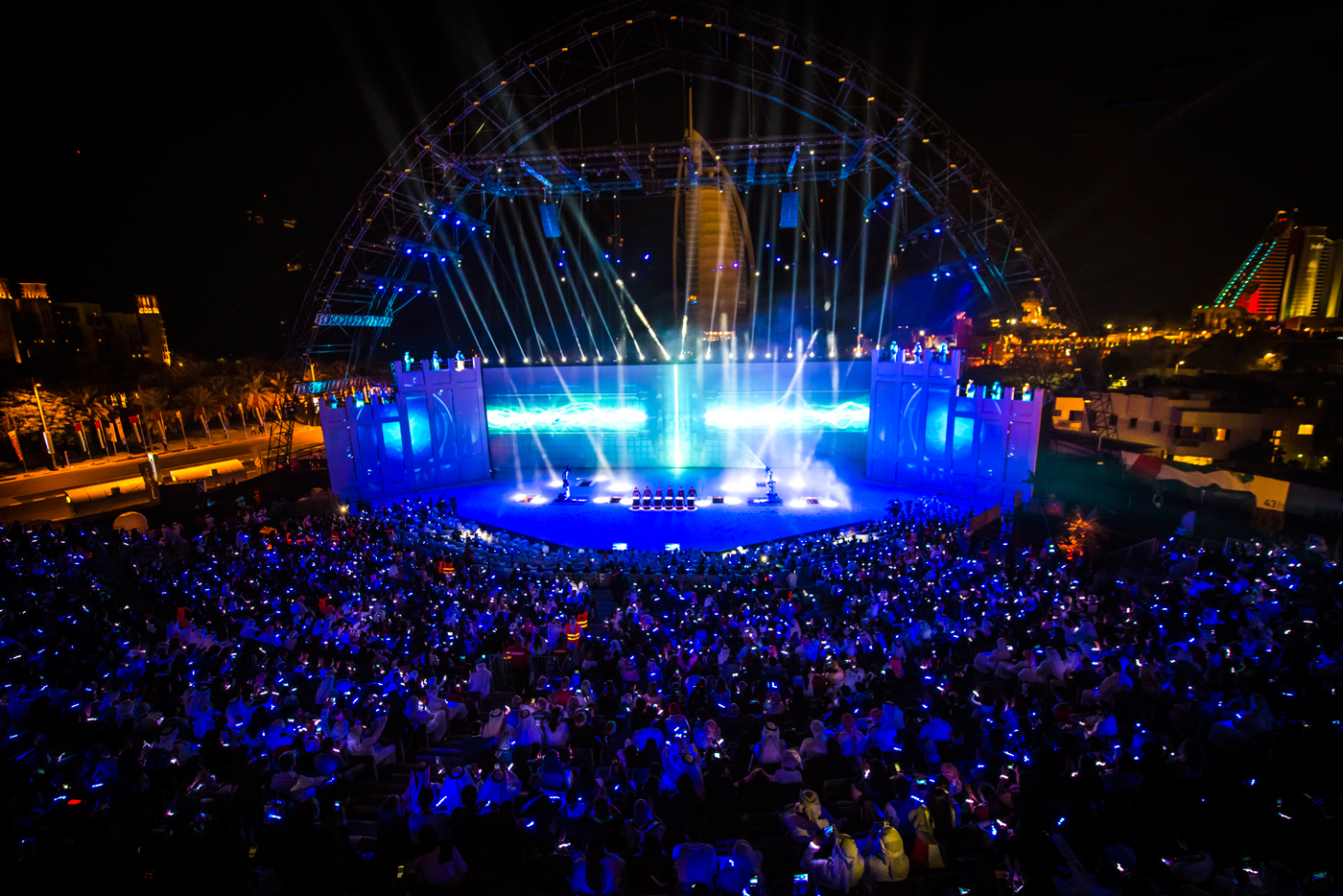 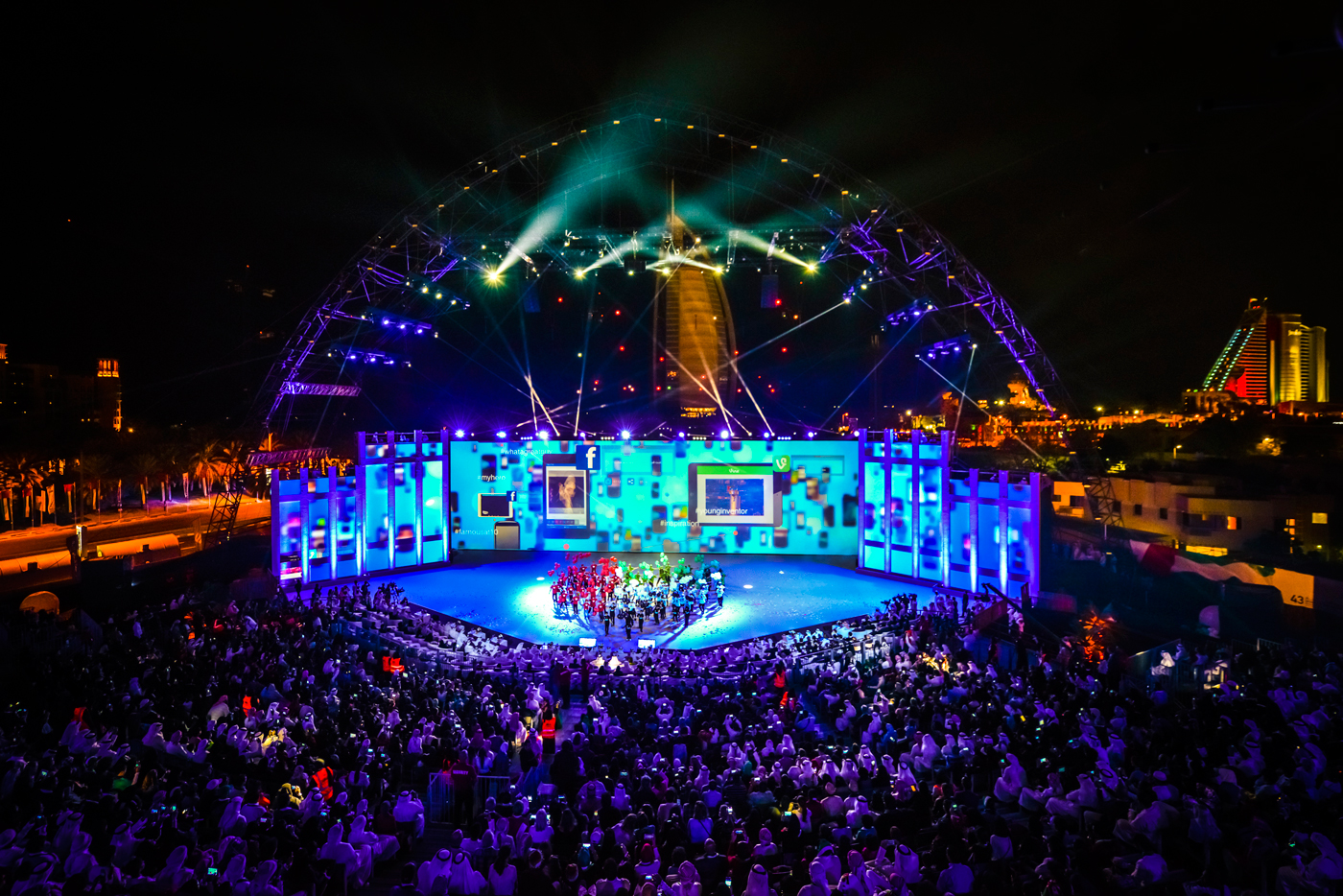 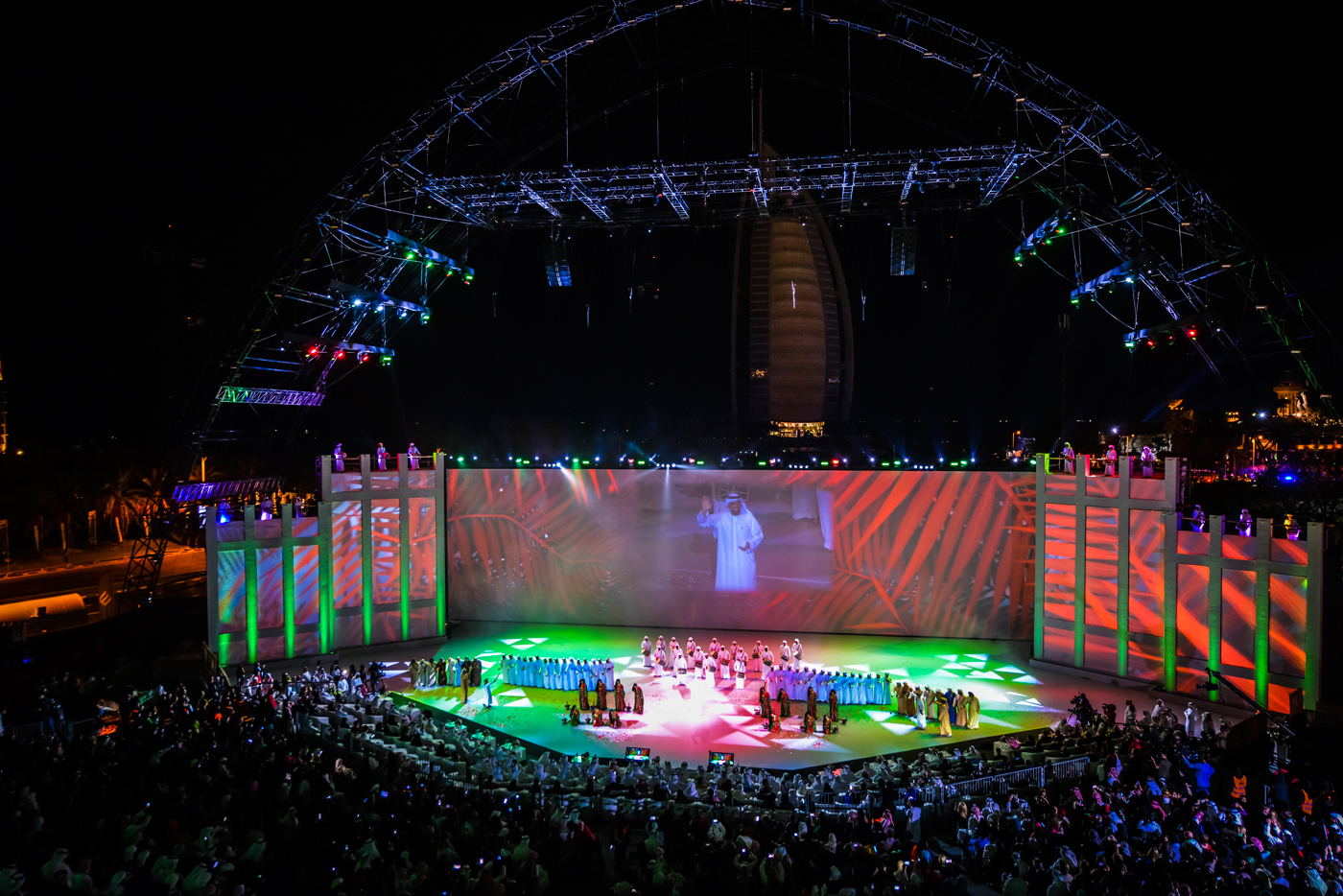 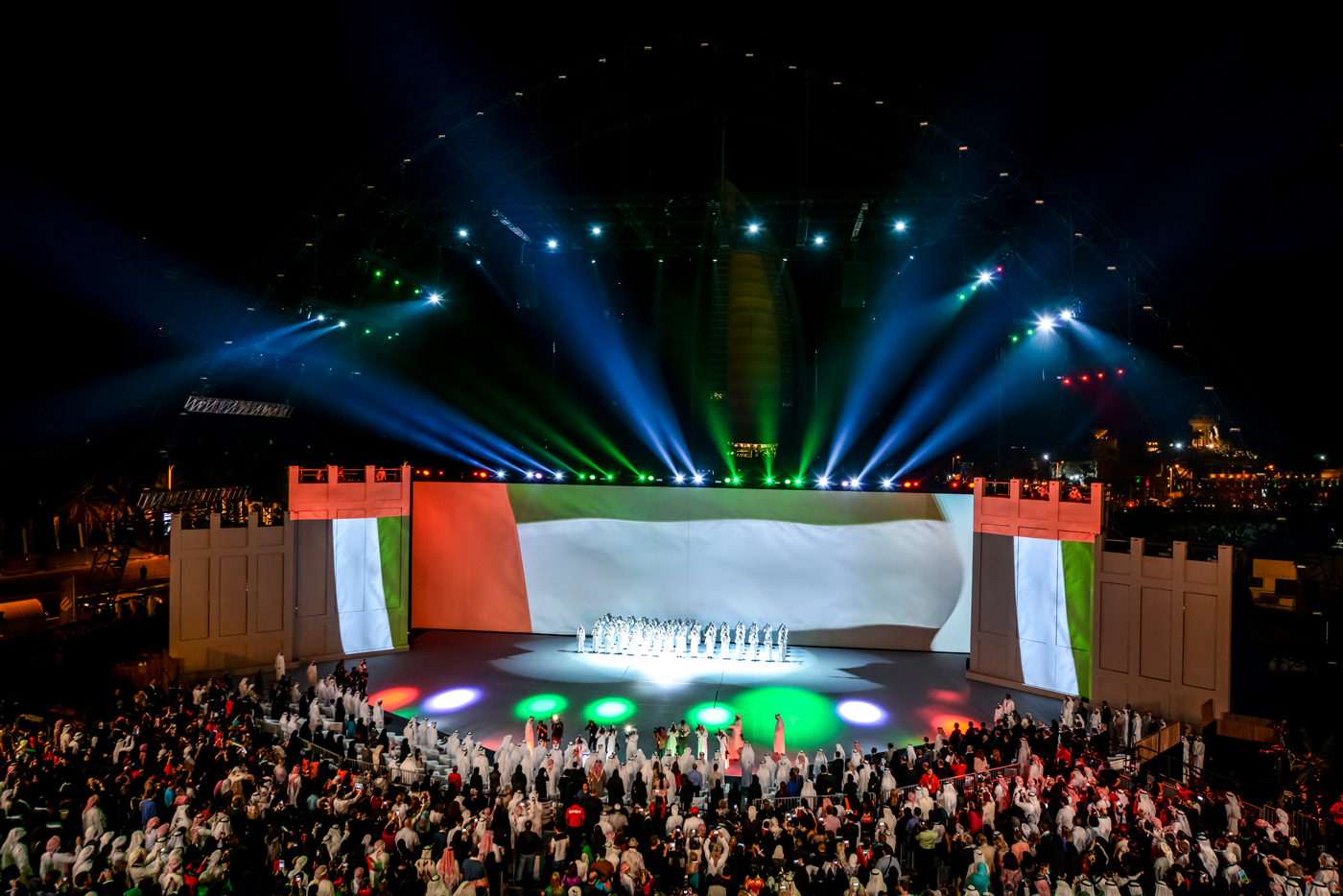 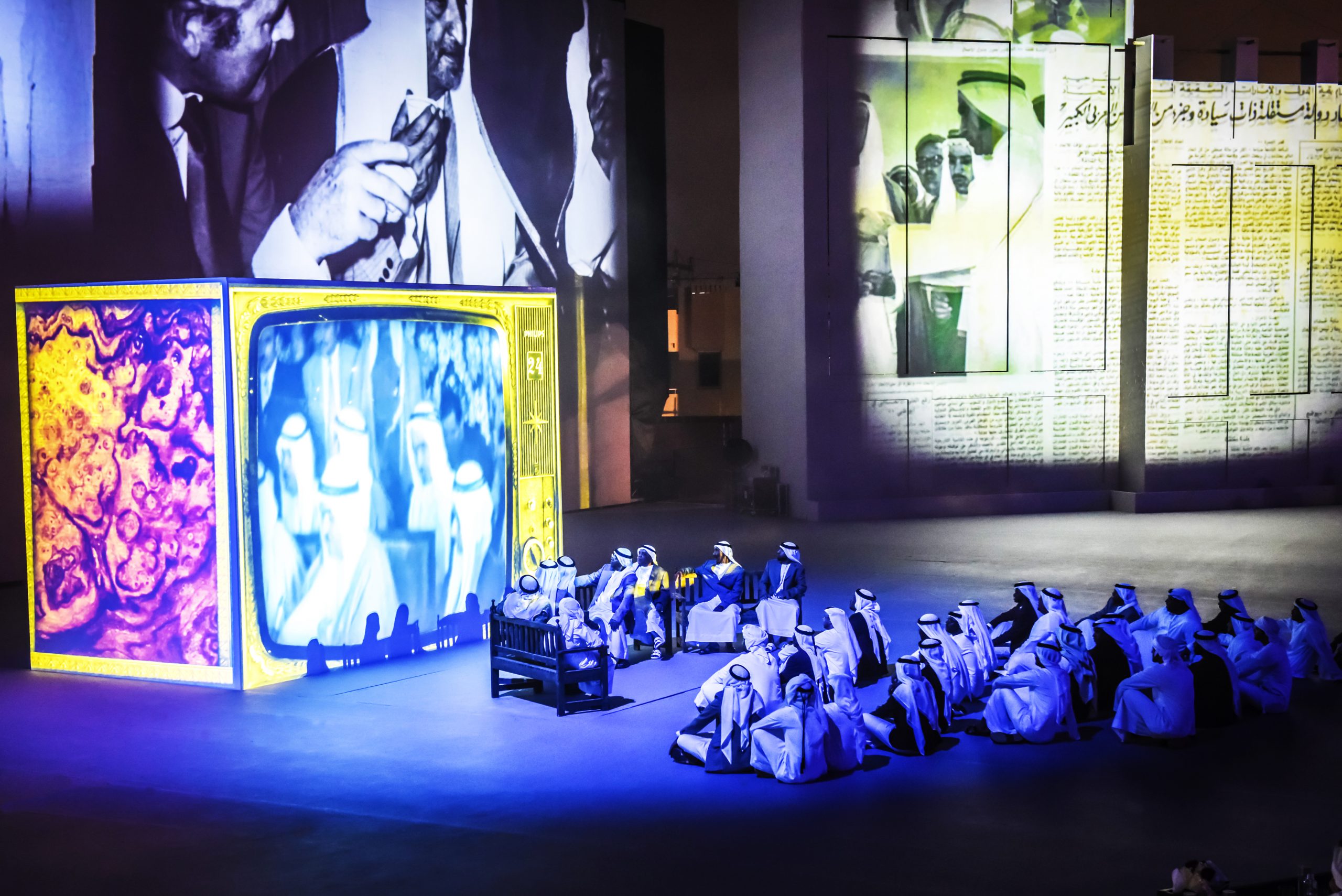 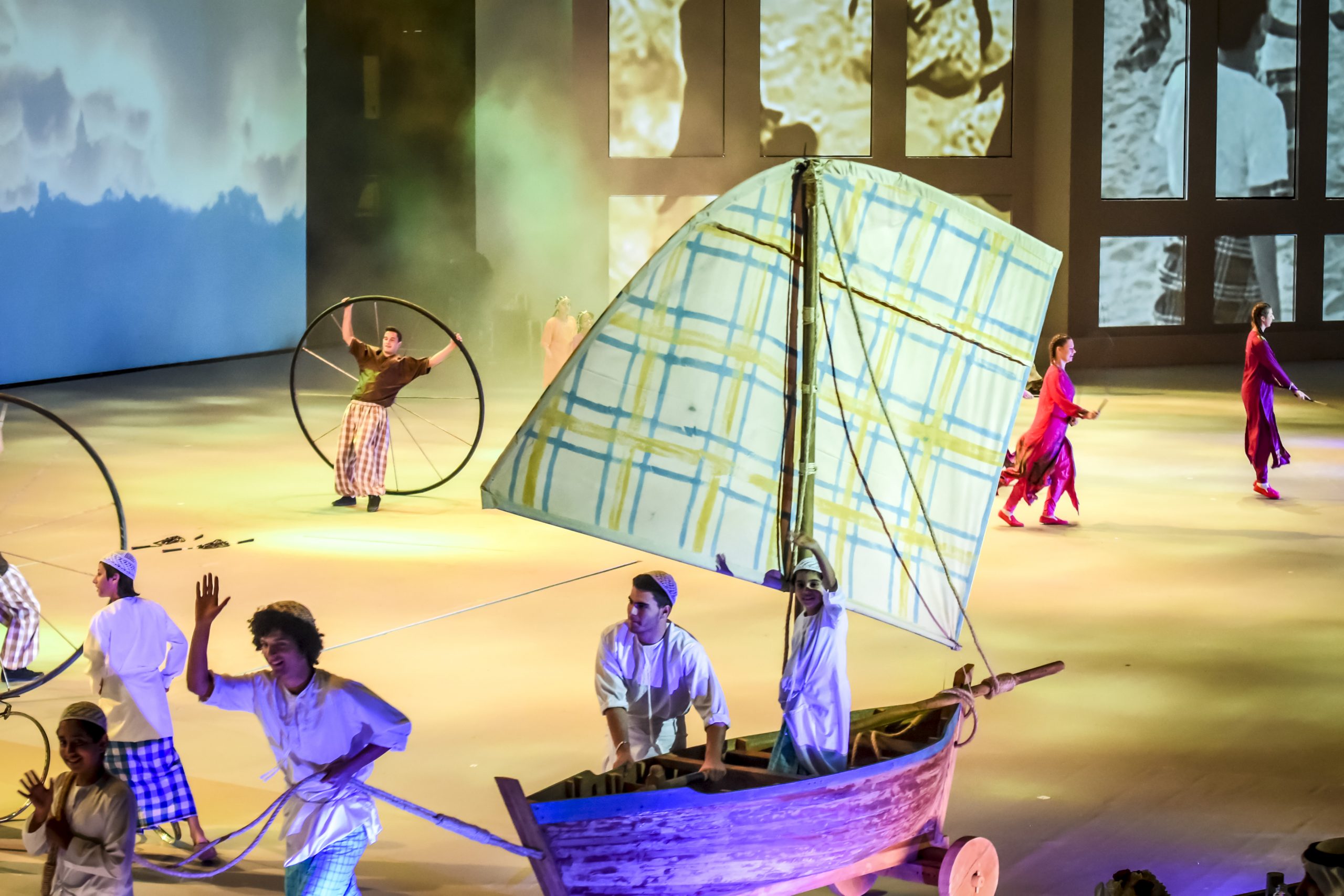 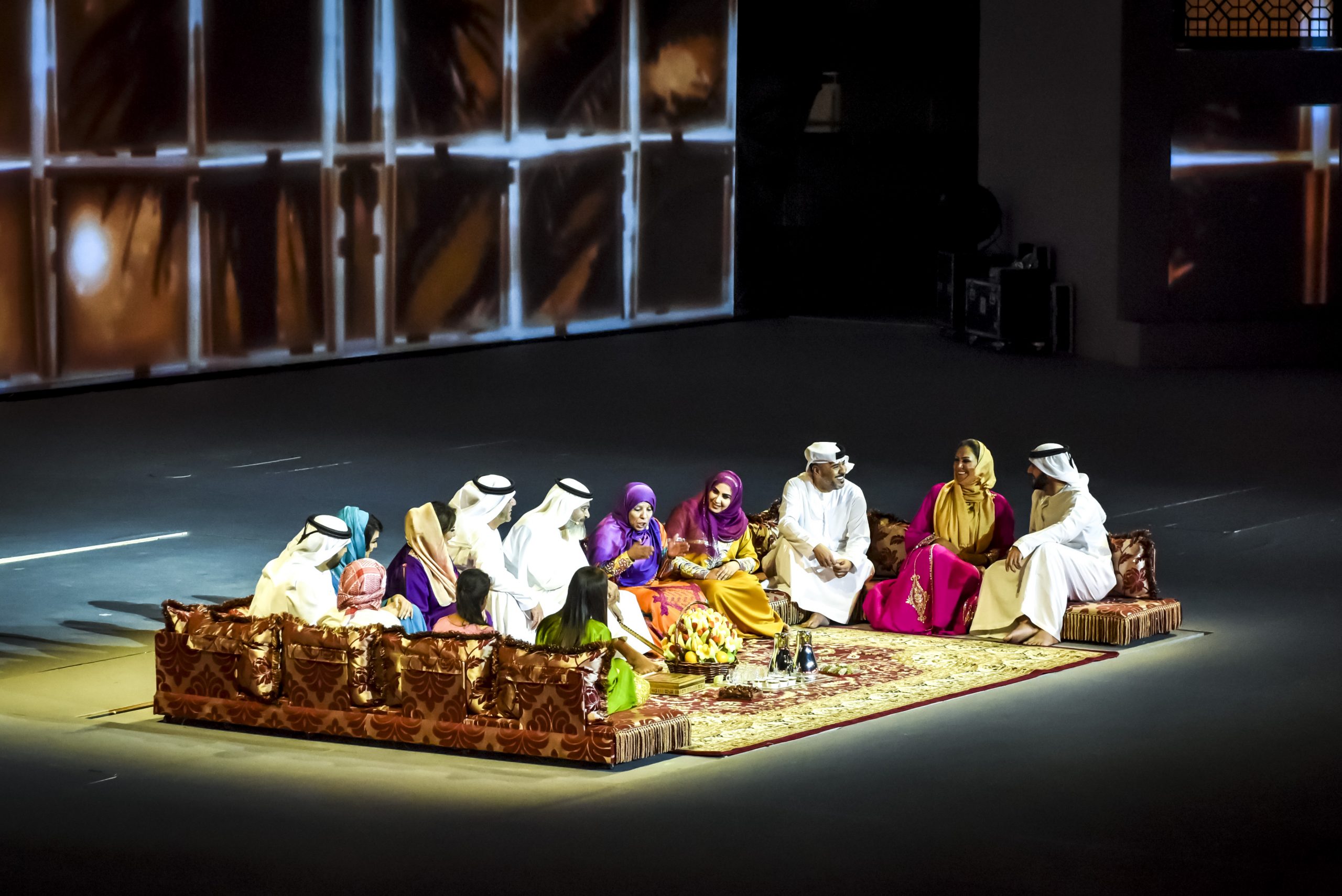 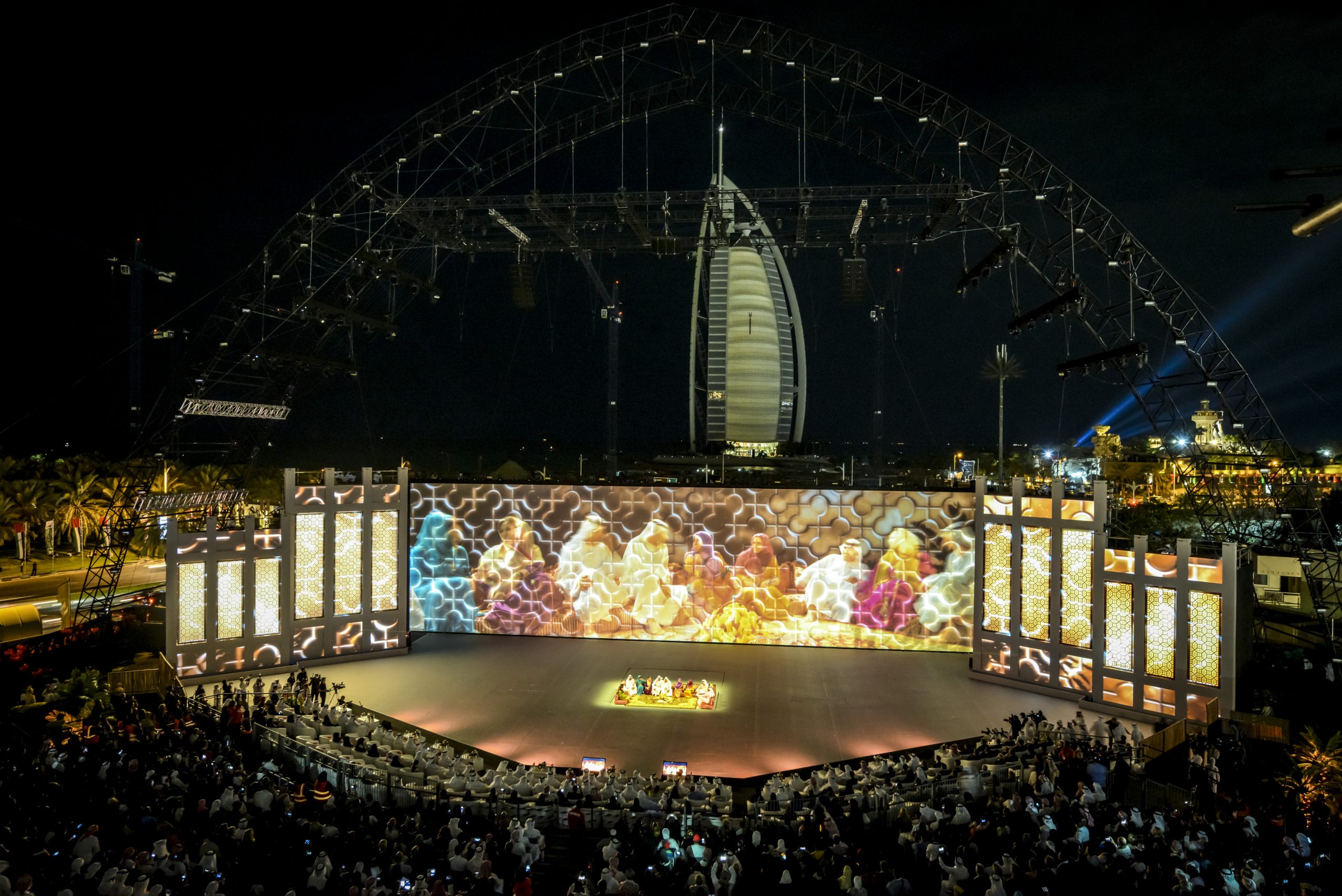 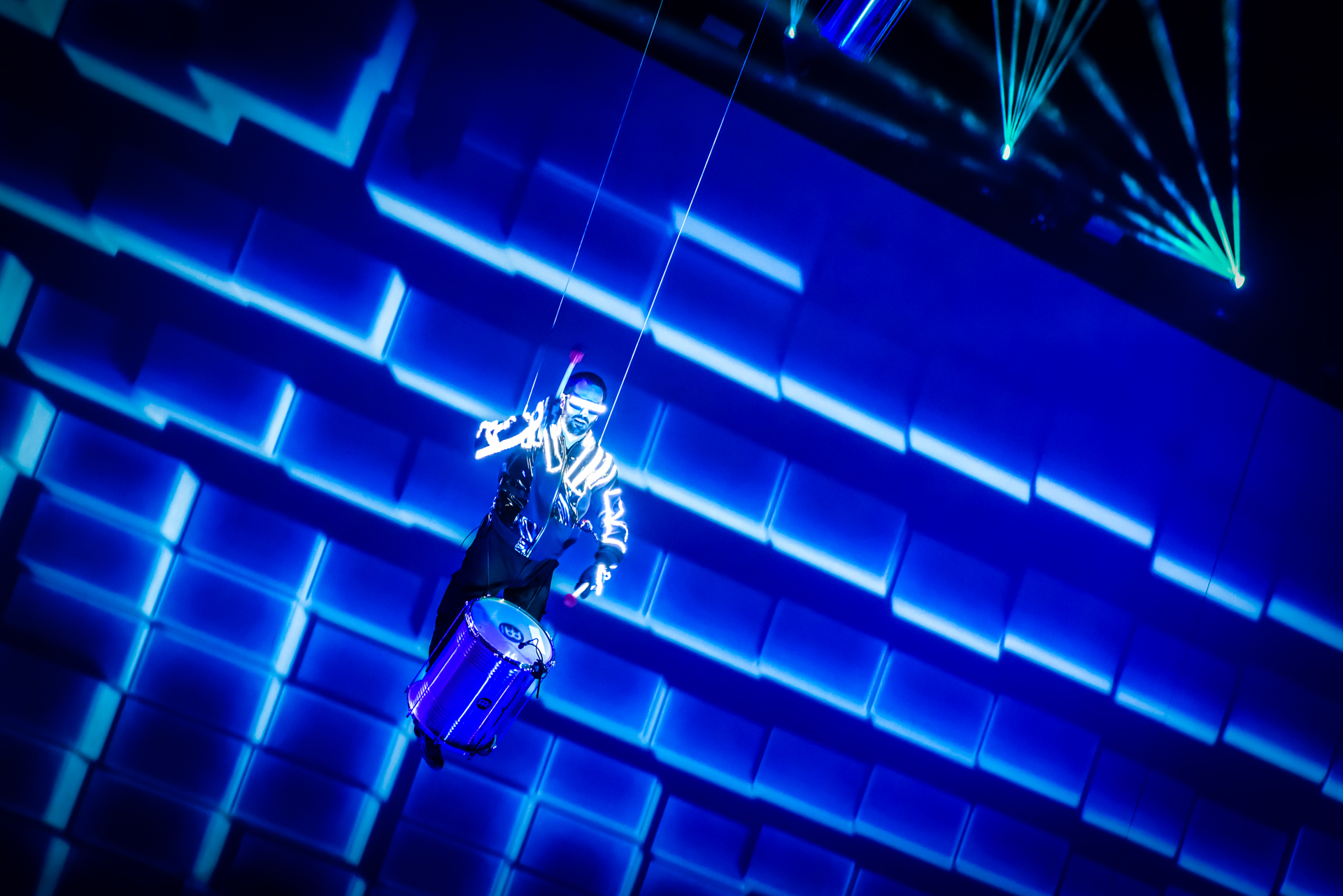 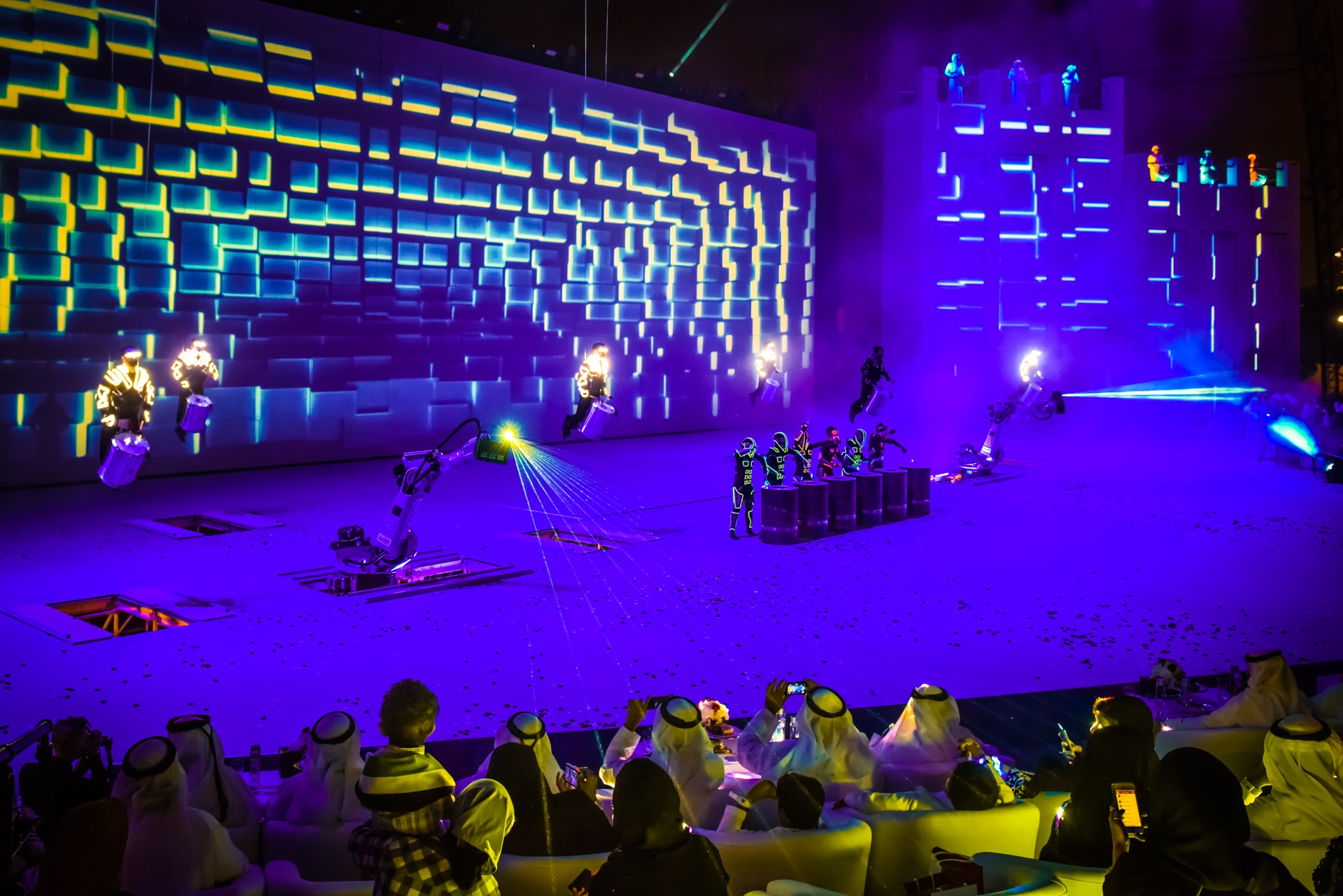