Indonesia 2018 Asian Para Games is the first major international multi-sport event in Asia involving athletes with a range of disabilities. The city of Jakarta takes this opportunity to host the event to continue on the success of the Asian Games. This marks Indonesia’s first year in hosting a Para Games event. It is an important milestone, especially since it is the first Southeast Asian nation to be chosen as host, and is the first step in declaring Indonesia’s acceptance of differences and diversity.

Balich Wonder Studio was chosen by the Asian Olympic Council to create and produce the Opening and Closing Ceremonies at the Gelora Bung Karno Stadium, together with the Indonesian company Royalindo Convention International.

“We Are One” was the representation of the spirit of the Indonesia 2018 Asian Para Games Opening Ceremony. The whole ceremony was conducted around a circle-shaped logo representing the harmony created by the many nations in Asia, shining as one and becoming an inspiration to the world. “We Are One” was also a philosophy, a manifesto of inclusive living. Humanity set the tone for the whole ceremony, that was centered on the idea of embracing differences and celebrating diversities.

The athletes were the soul of a ceremony that told the story of their overcoming challenges powered by passion and strength. The slogan “Inspiring Spirit and Energy of Asia” aimed at uniting Asia, motivating people to be positive, and supporting social equality.

The stage design with its curved shape resembled the line of the equator crossing the islands of Indonesia as the gems of the equator. Every Indonesian traditional architecture structure, motive and element was a combination of curves and lines representing nature: rice paddy terraces, slanted hills and clouds in the sky. All that bore the message that everything inspired from nature is manifested best in life.
After the official speeches, one minute of silence was called by the President of the Republic of Indonesia Joko Widodo before the opening of the games to remember the victims of the earthquake and tsunami in Sulawesi. 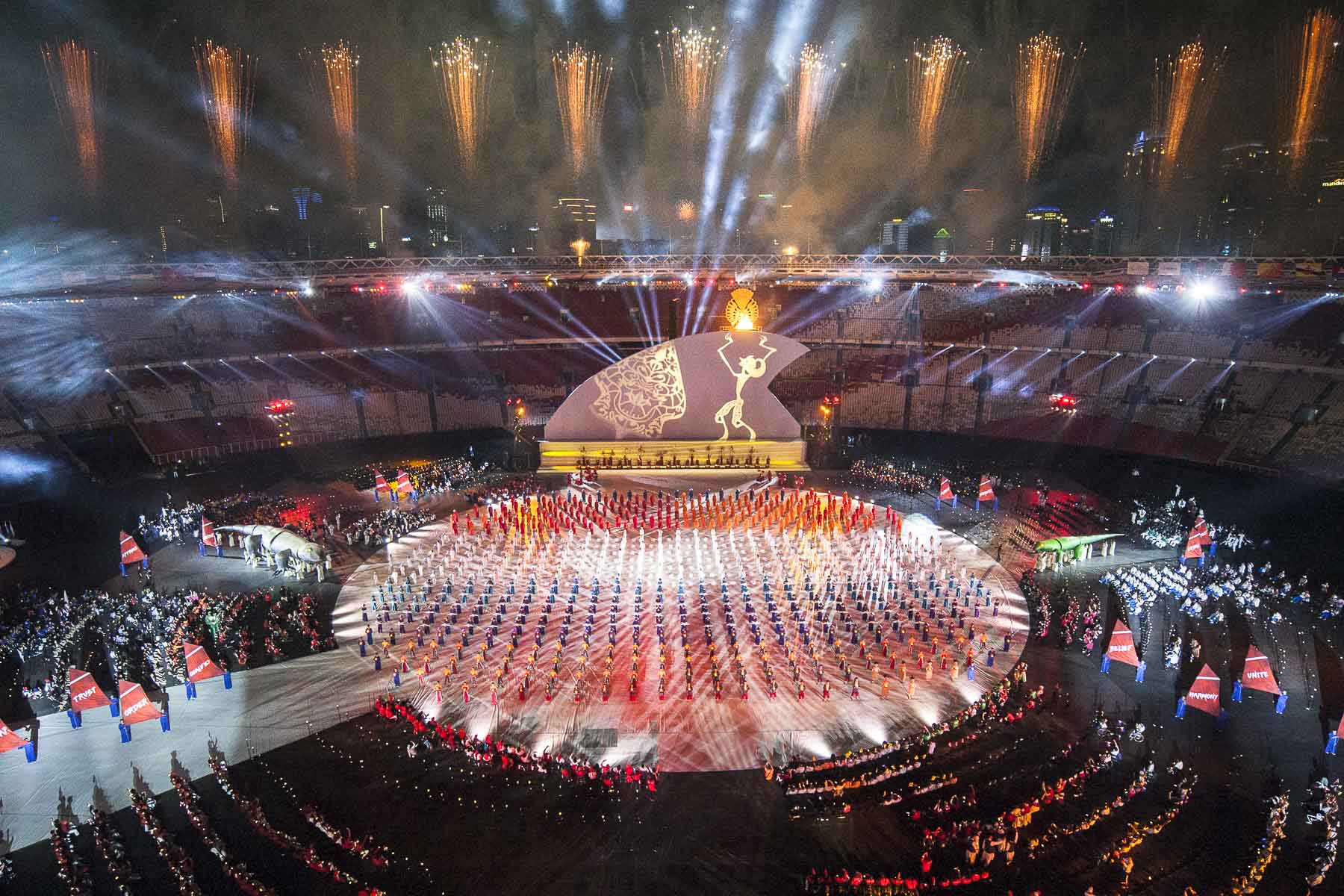 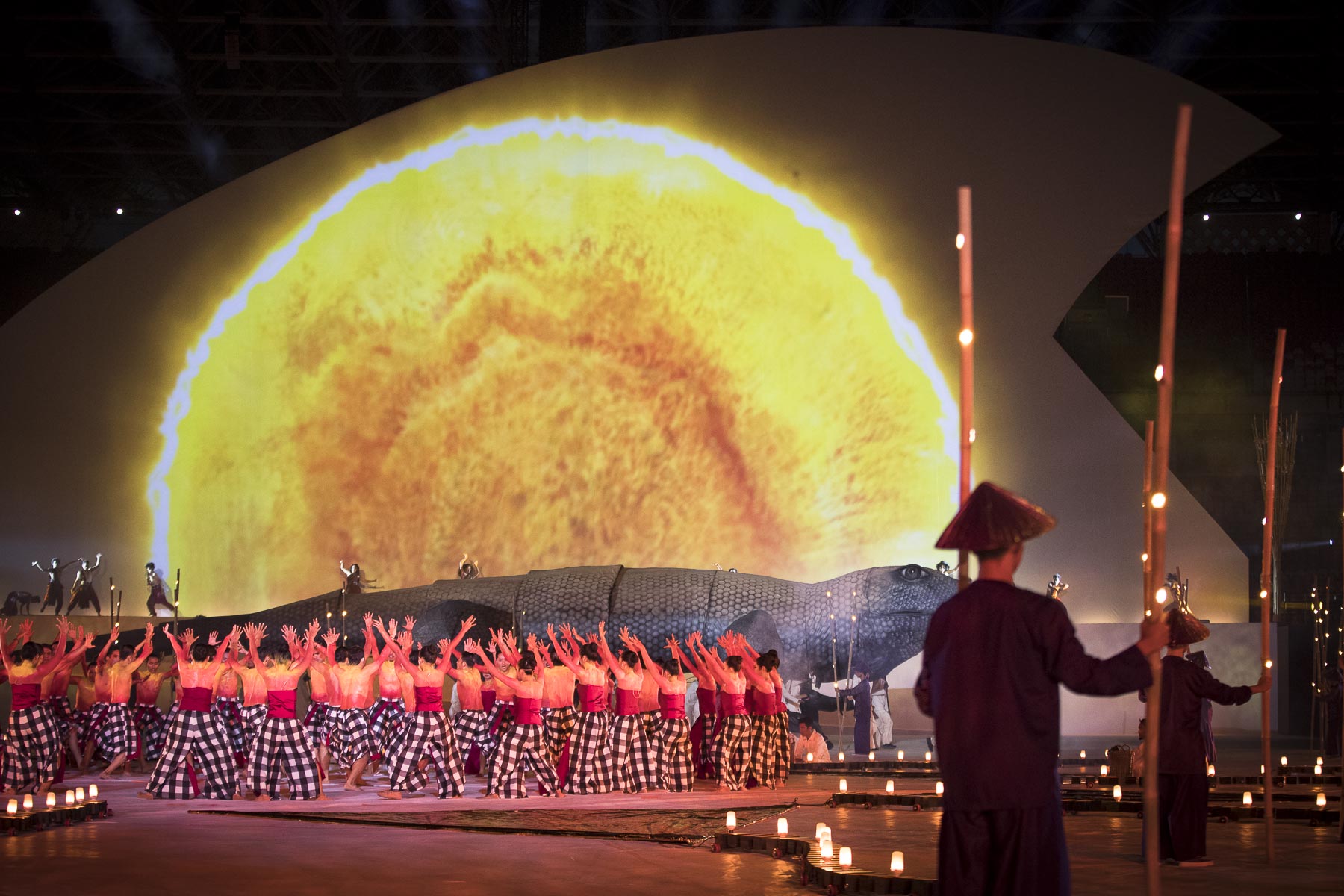 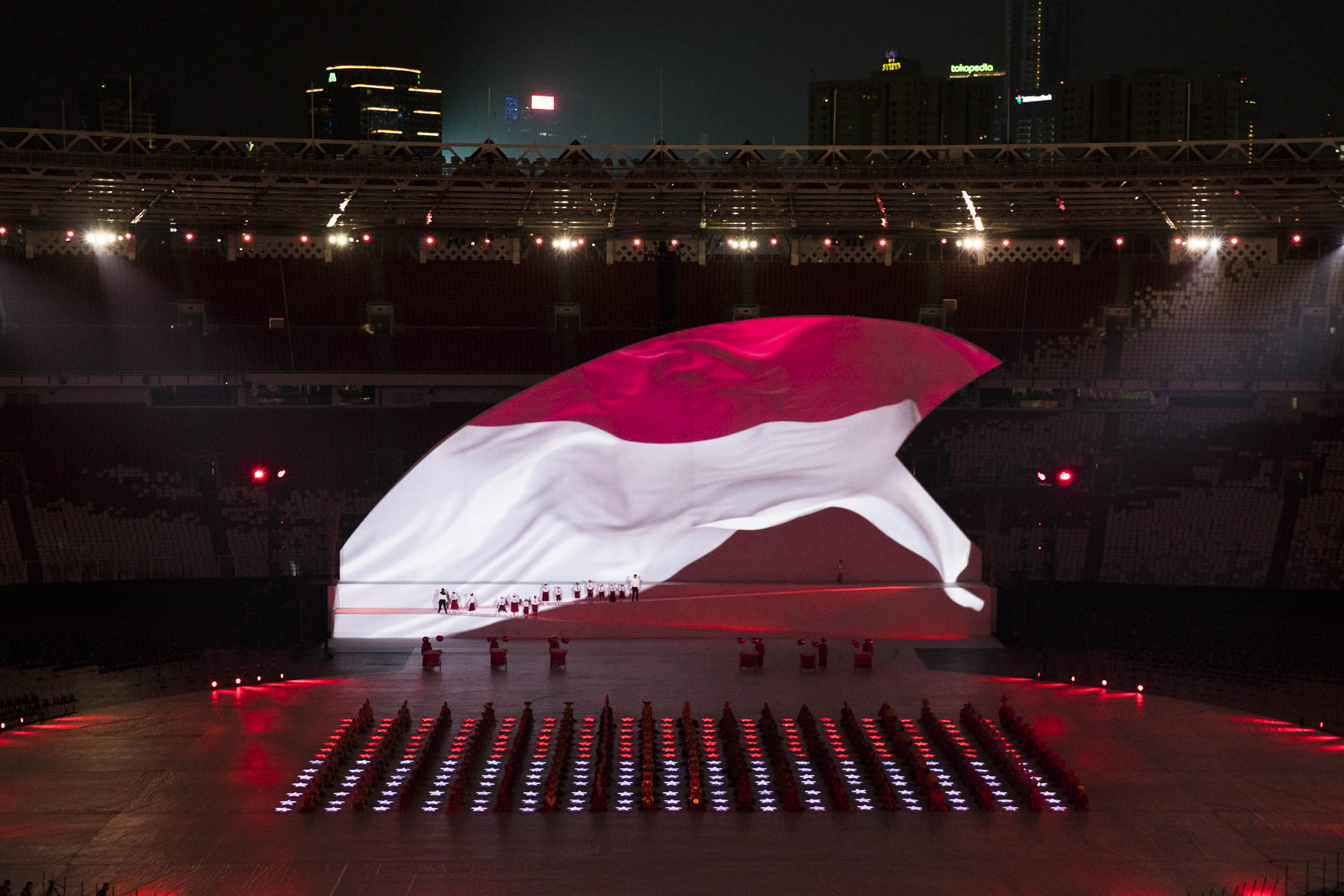 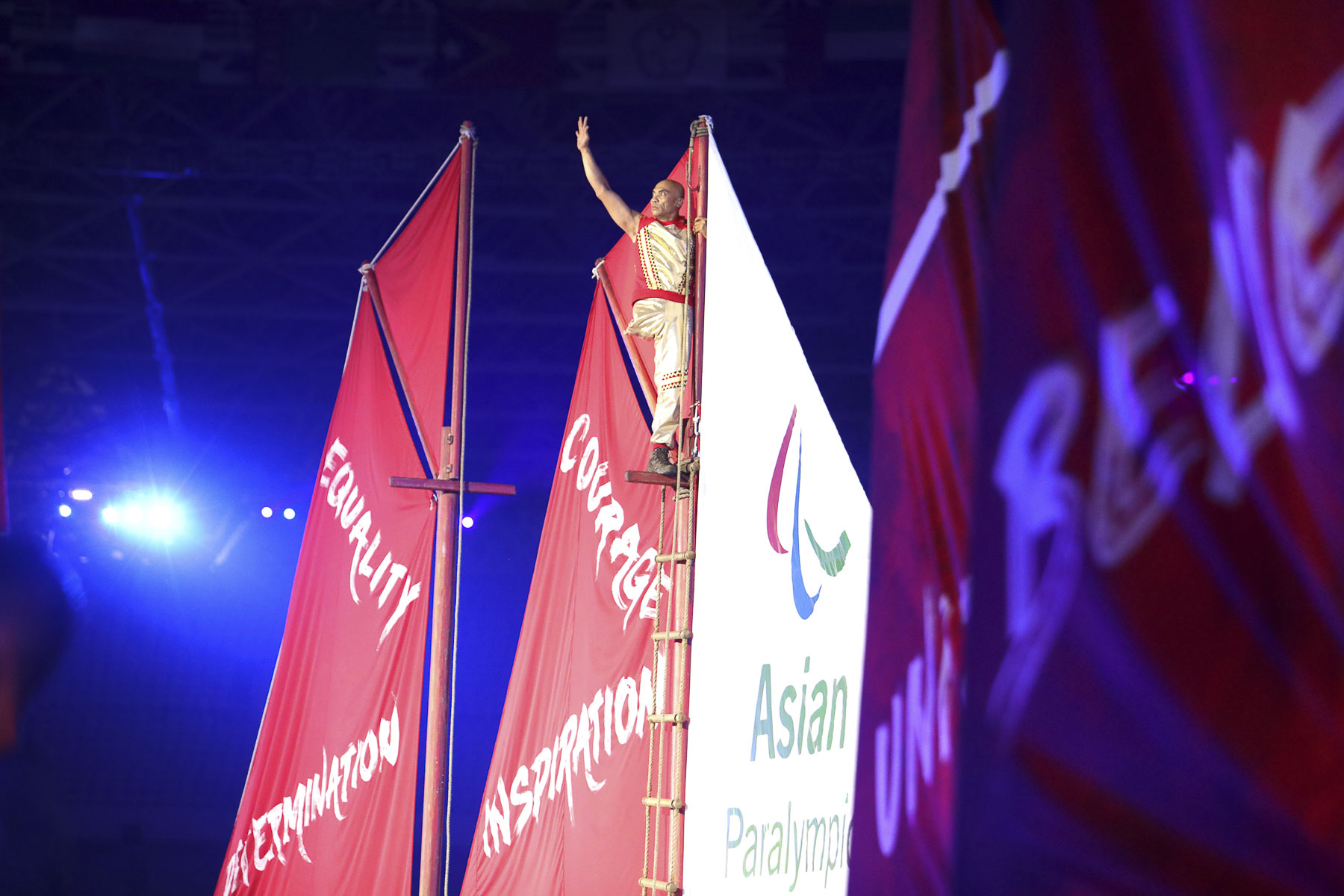 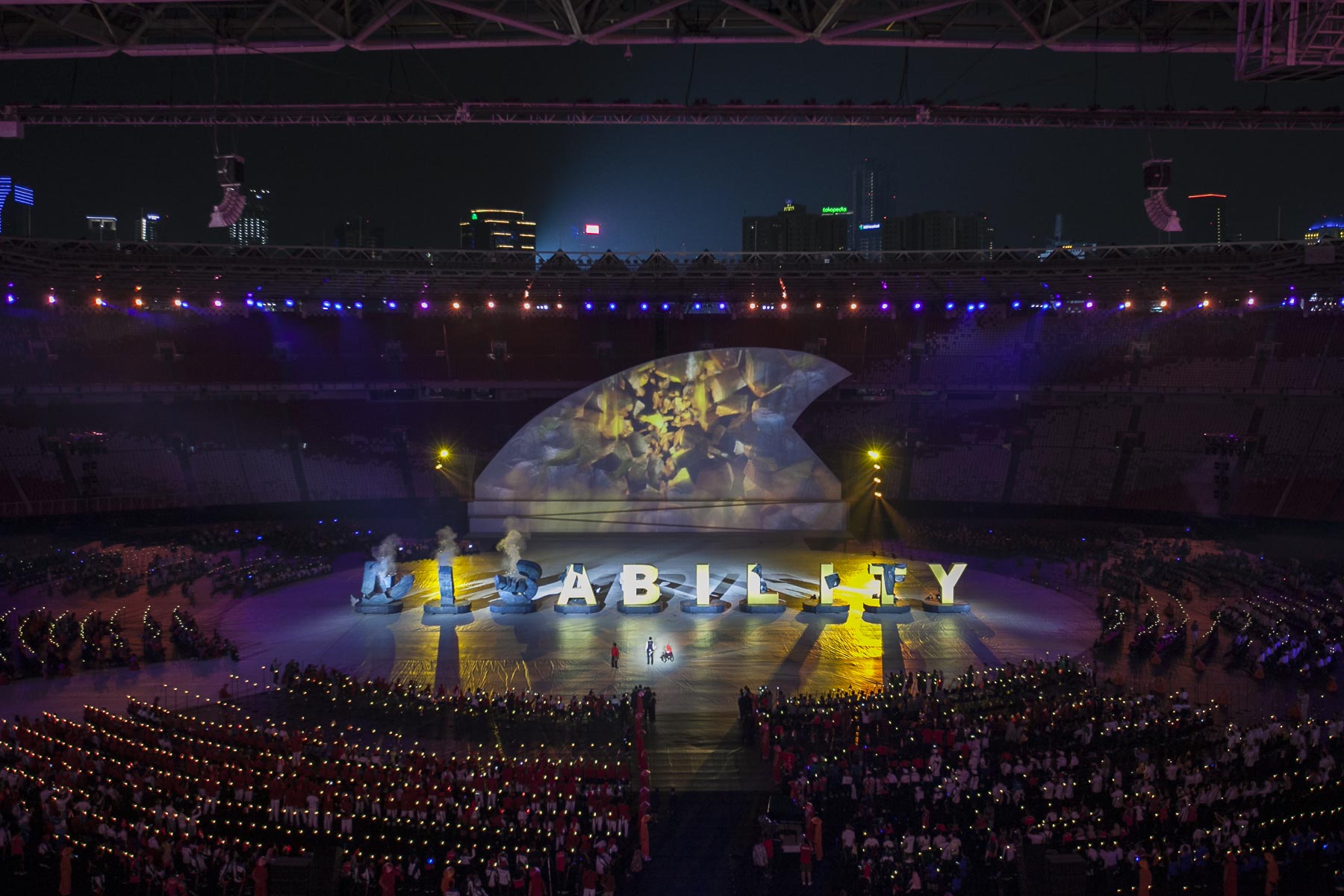 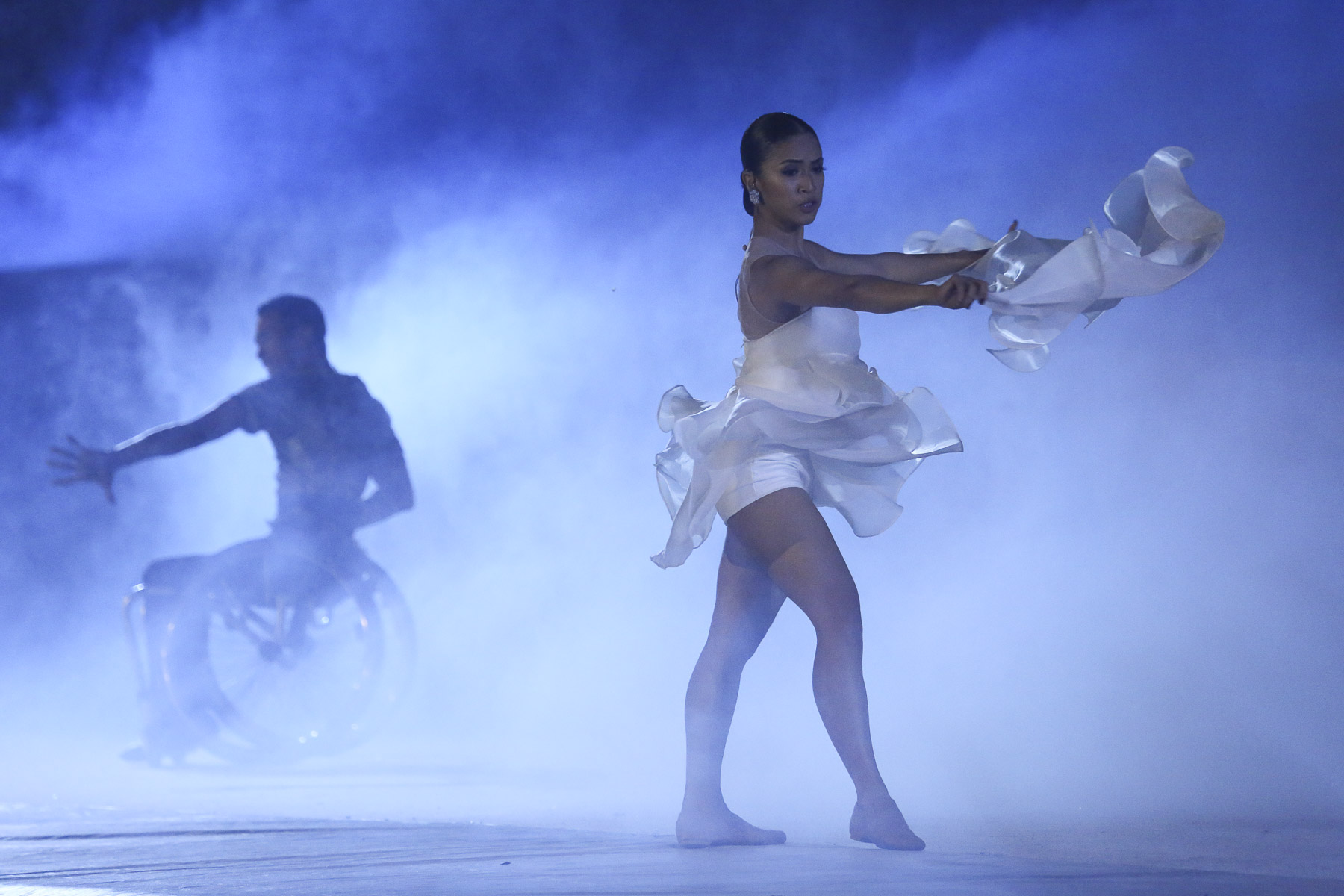 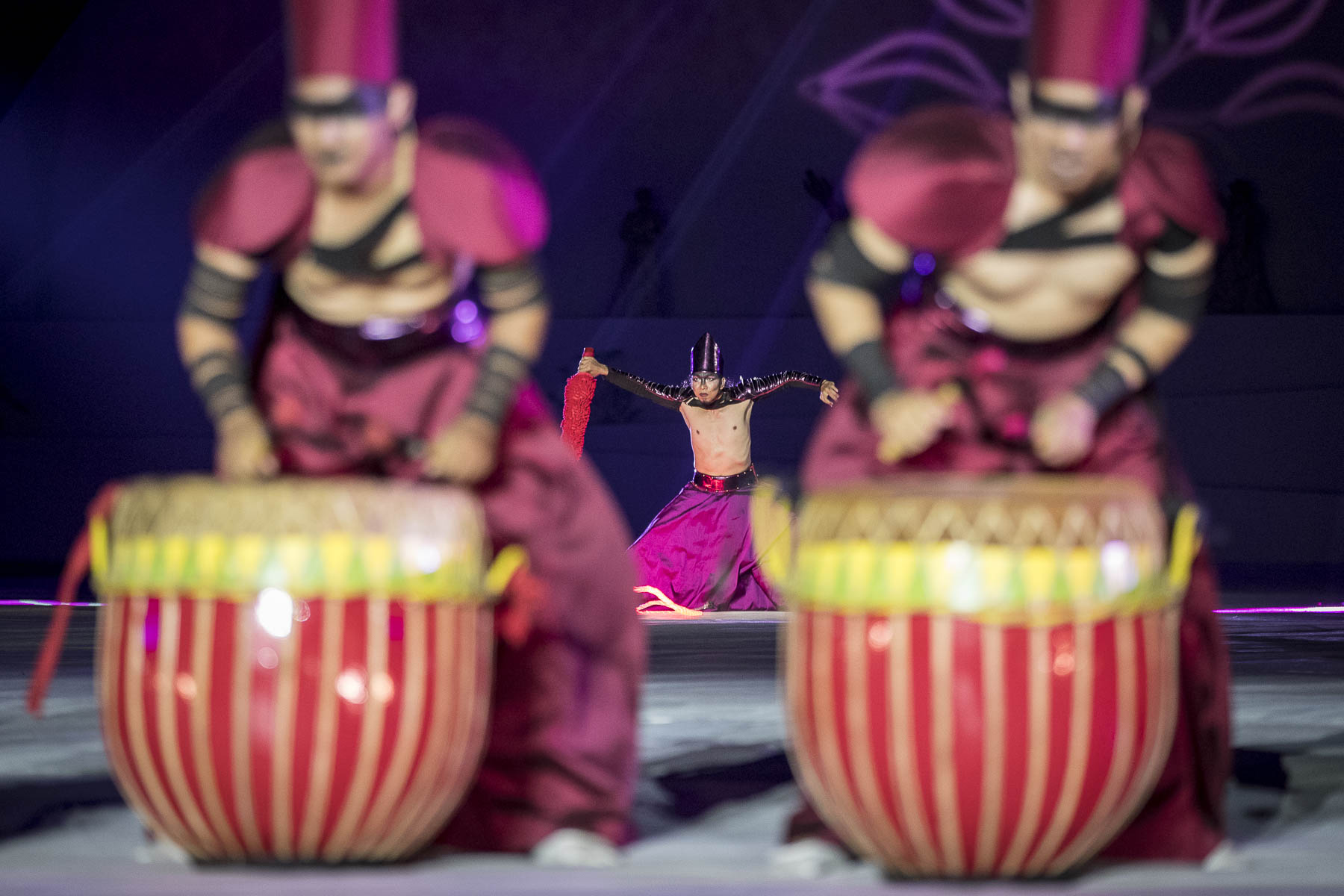 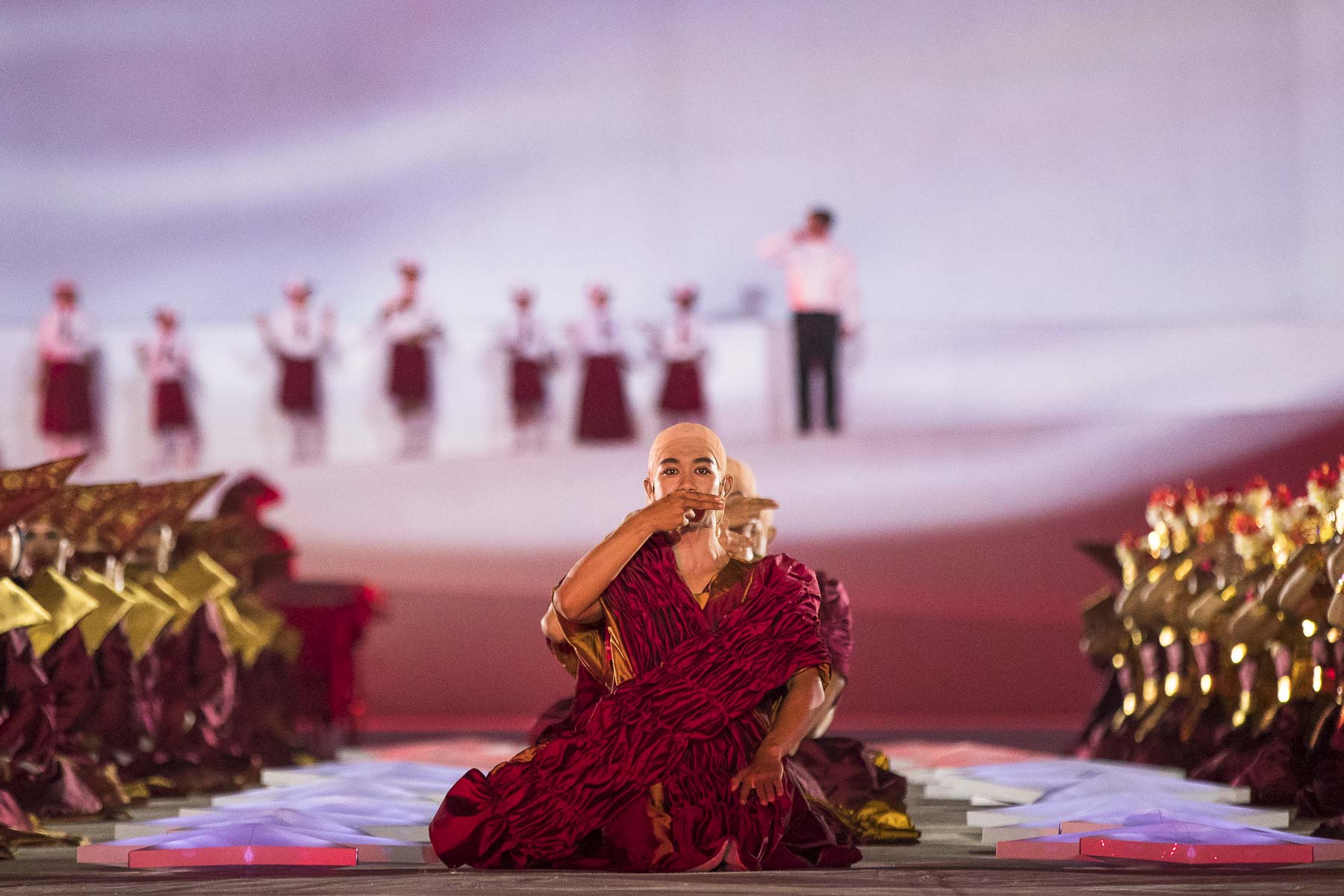 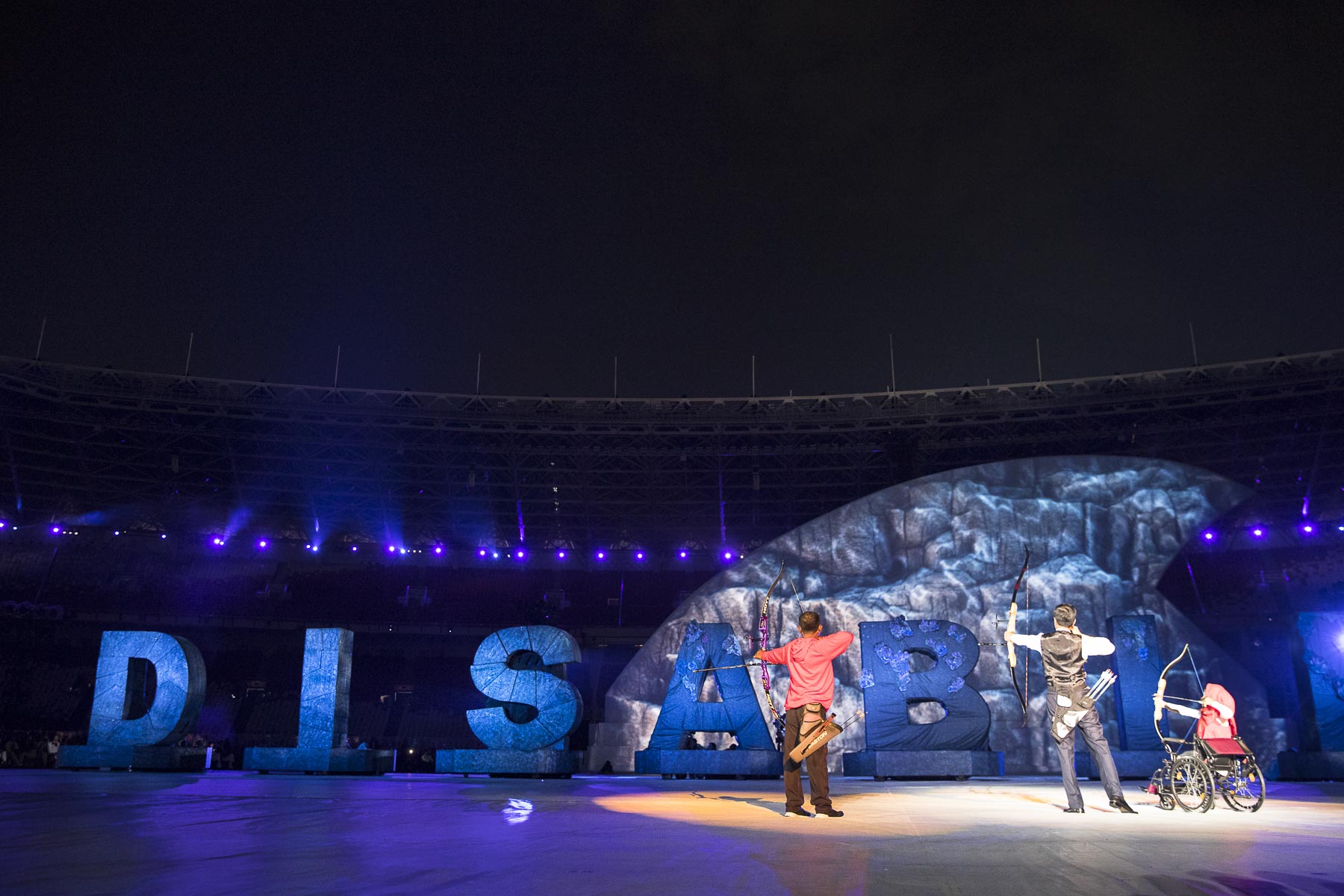 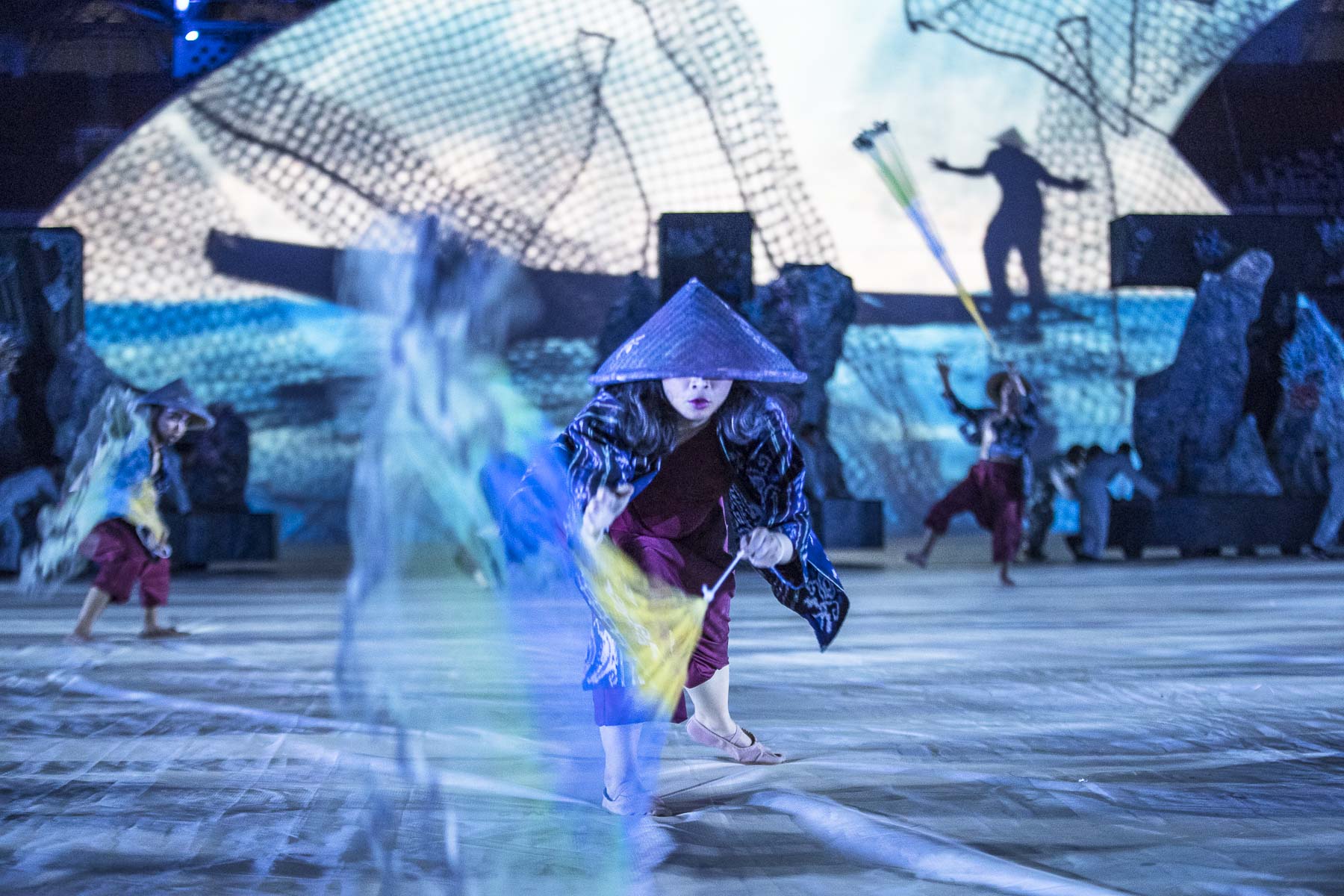 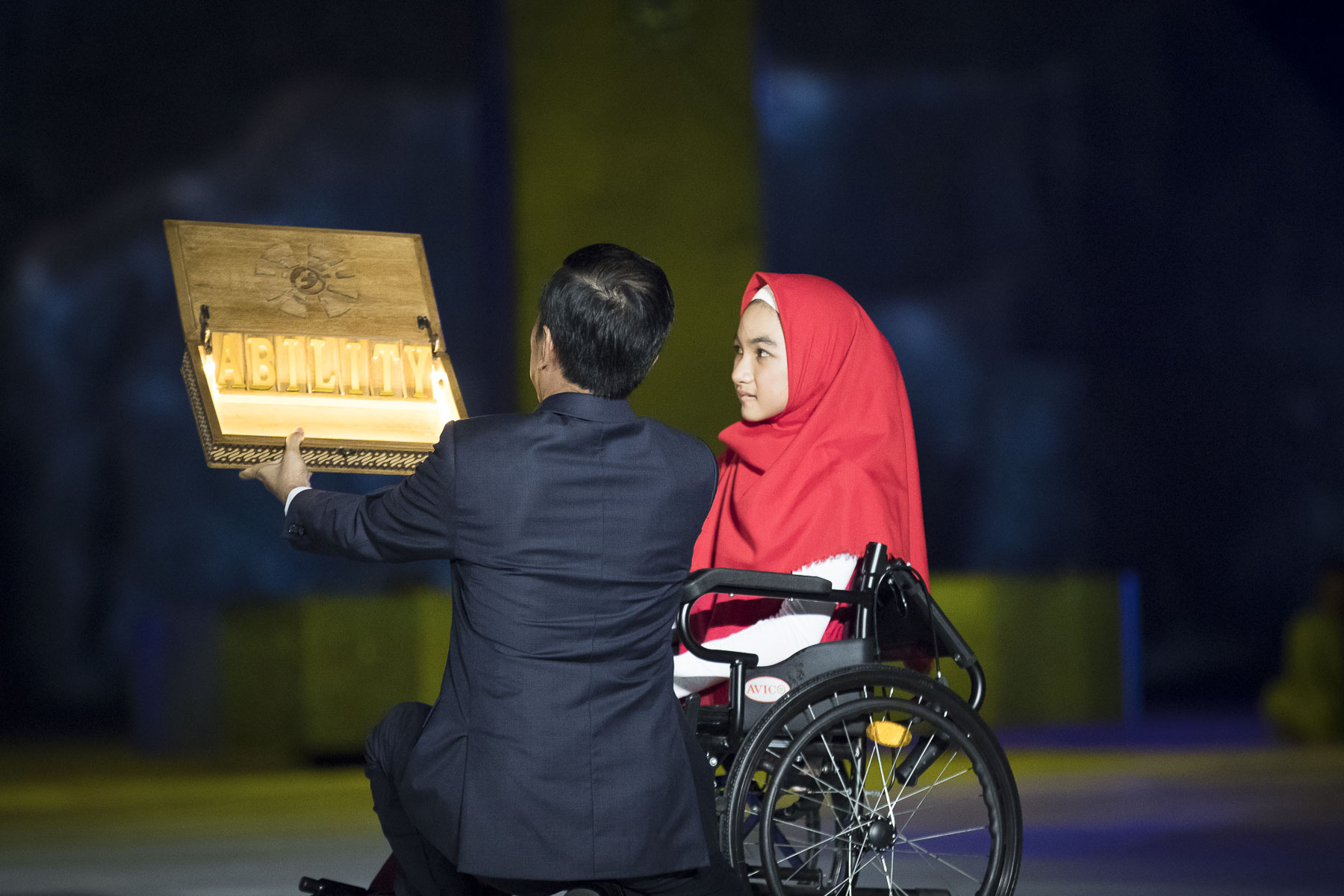 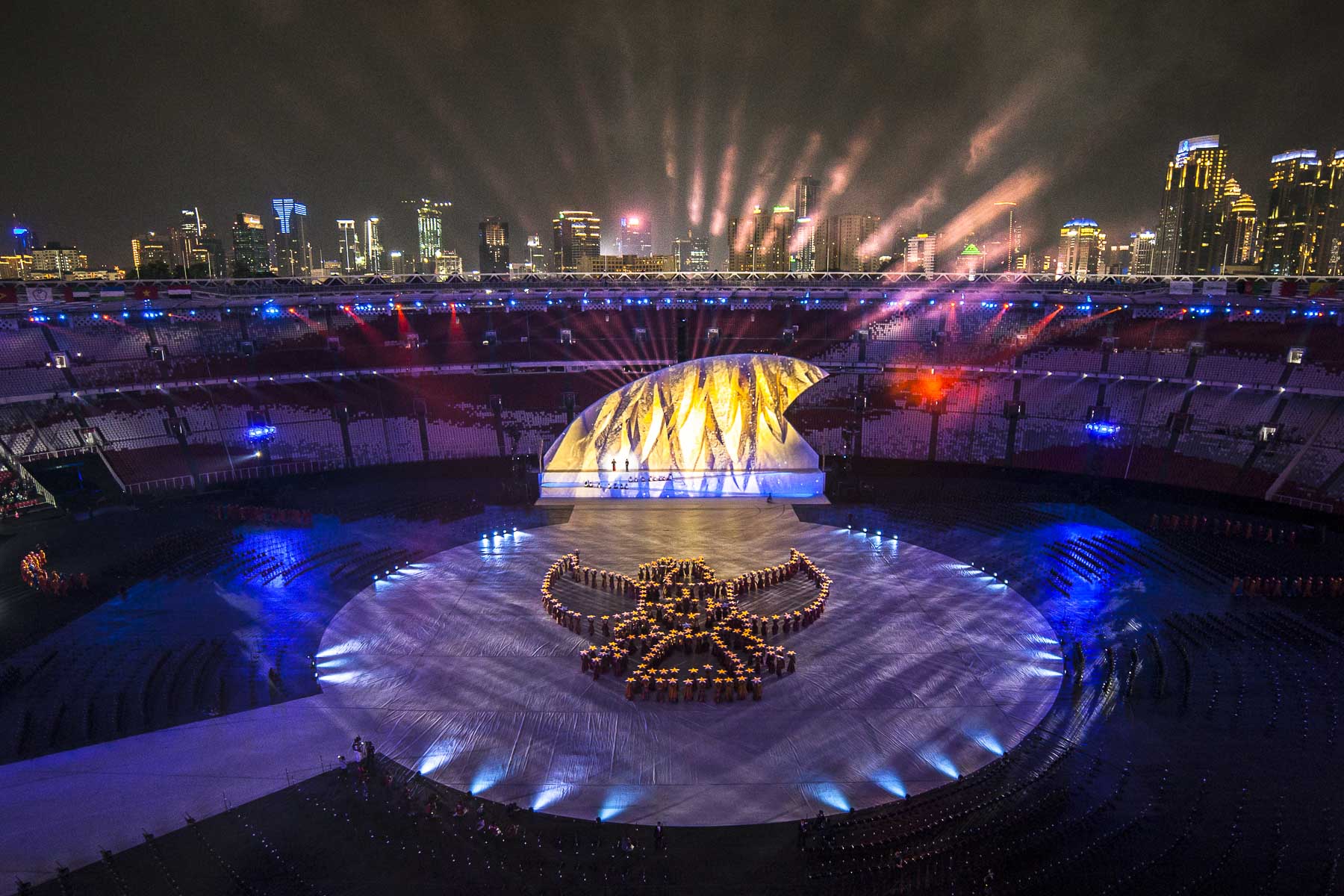 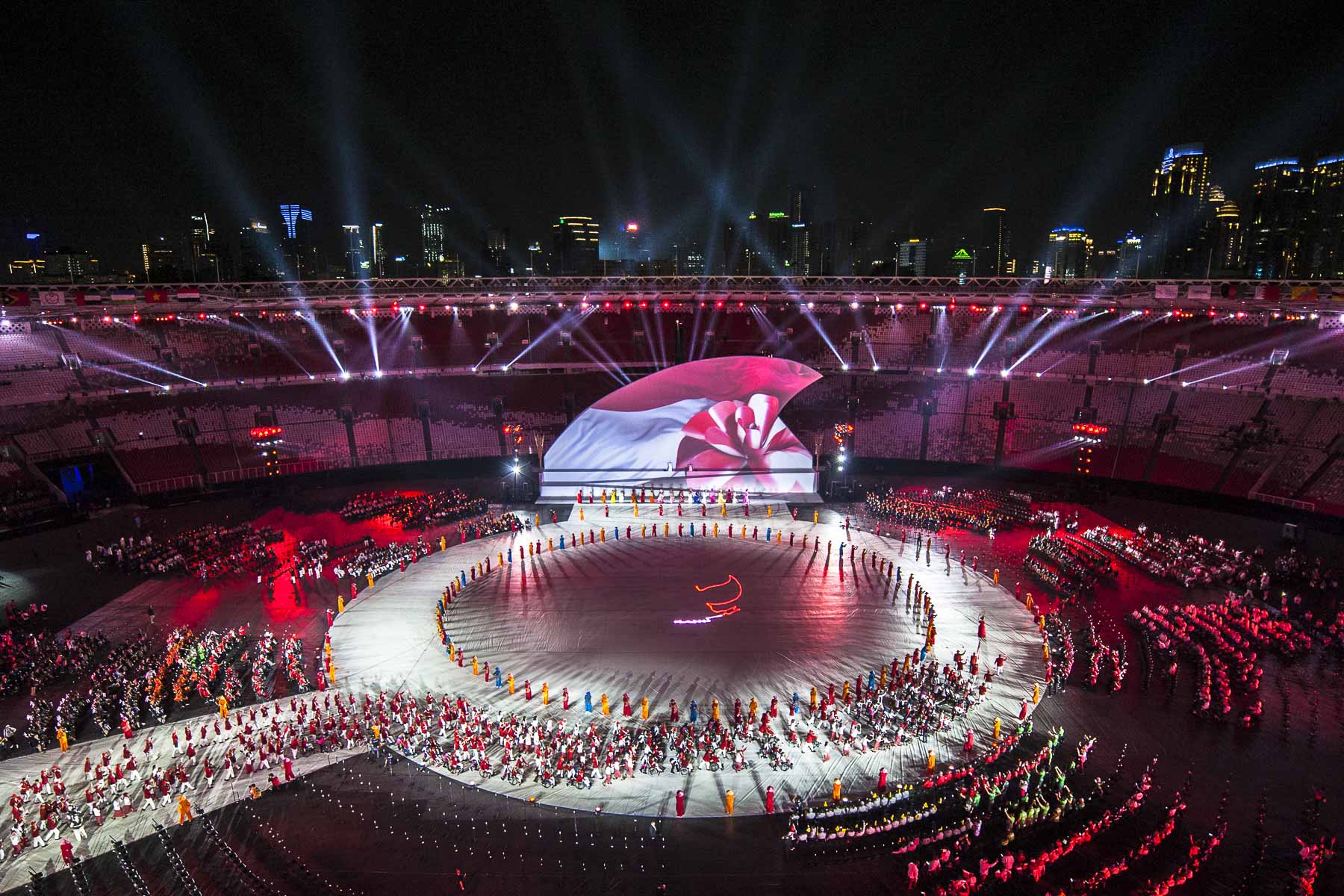 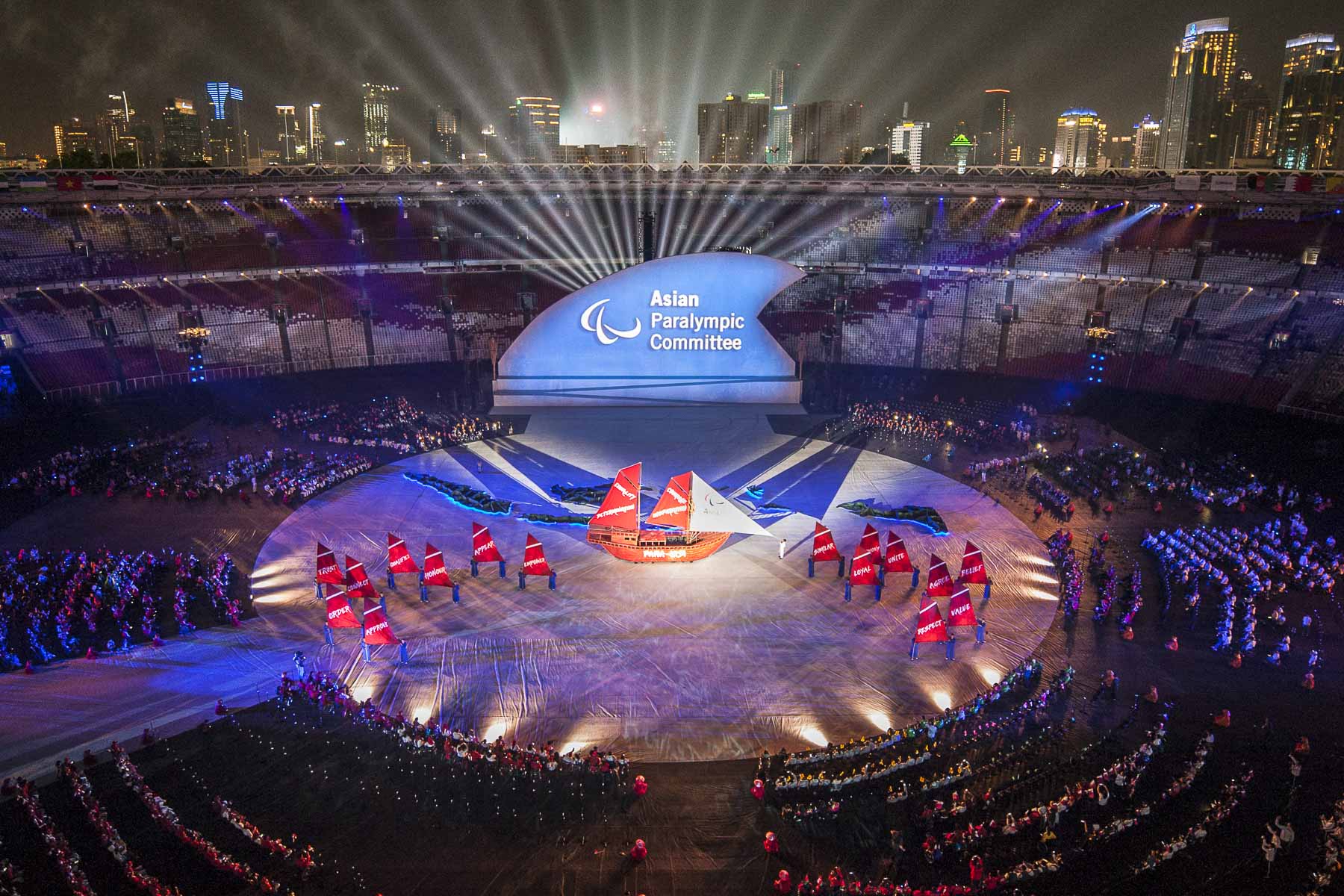 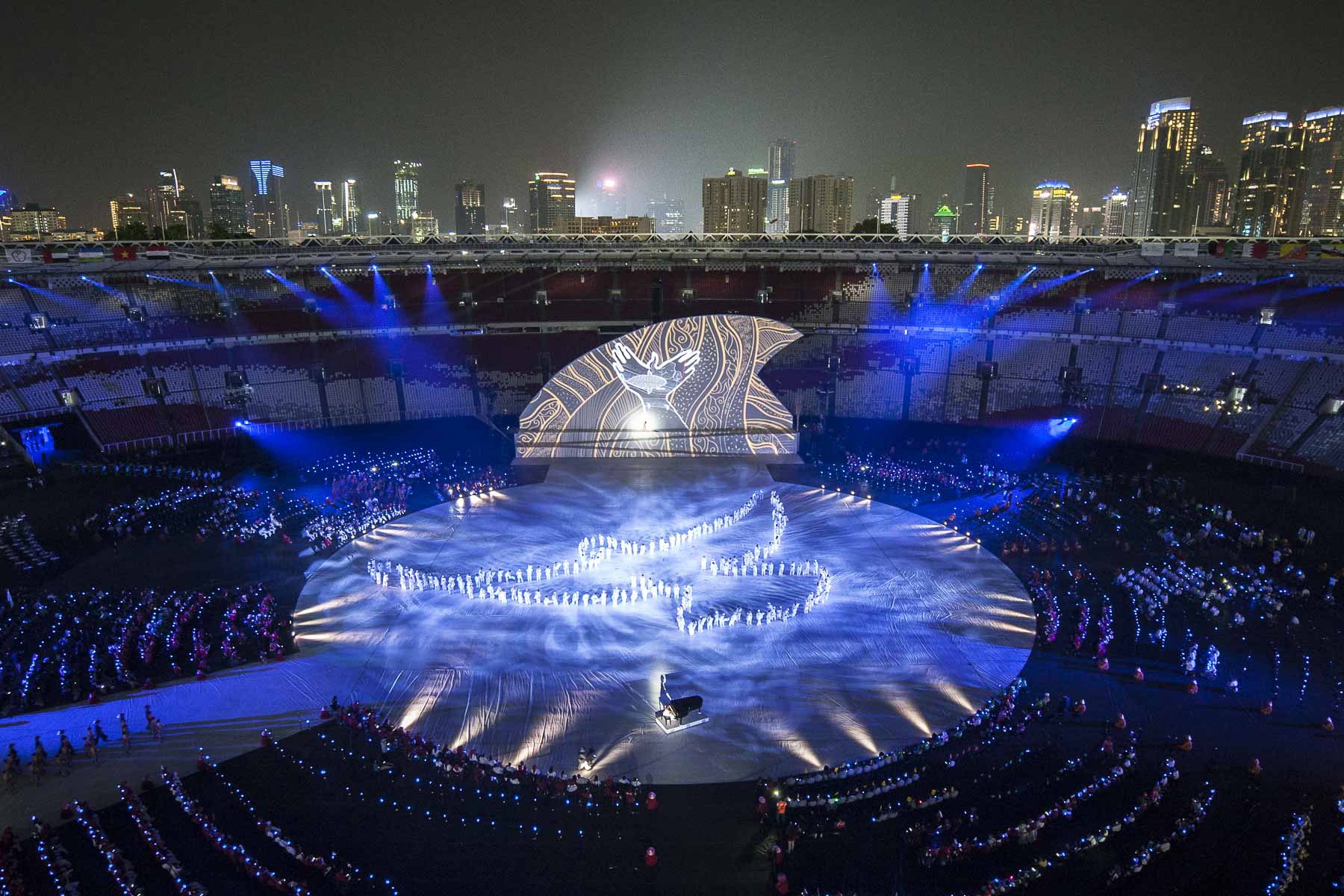 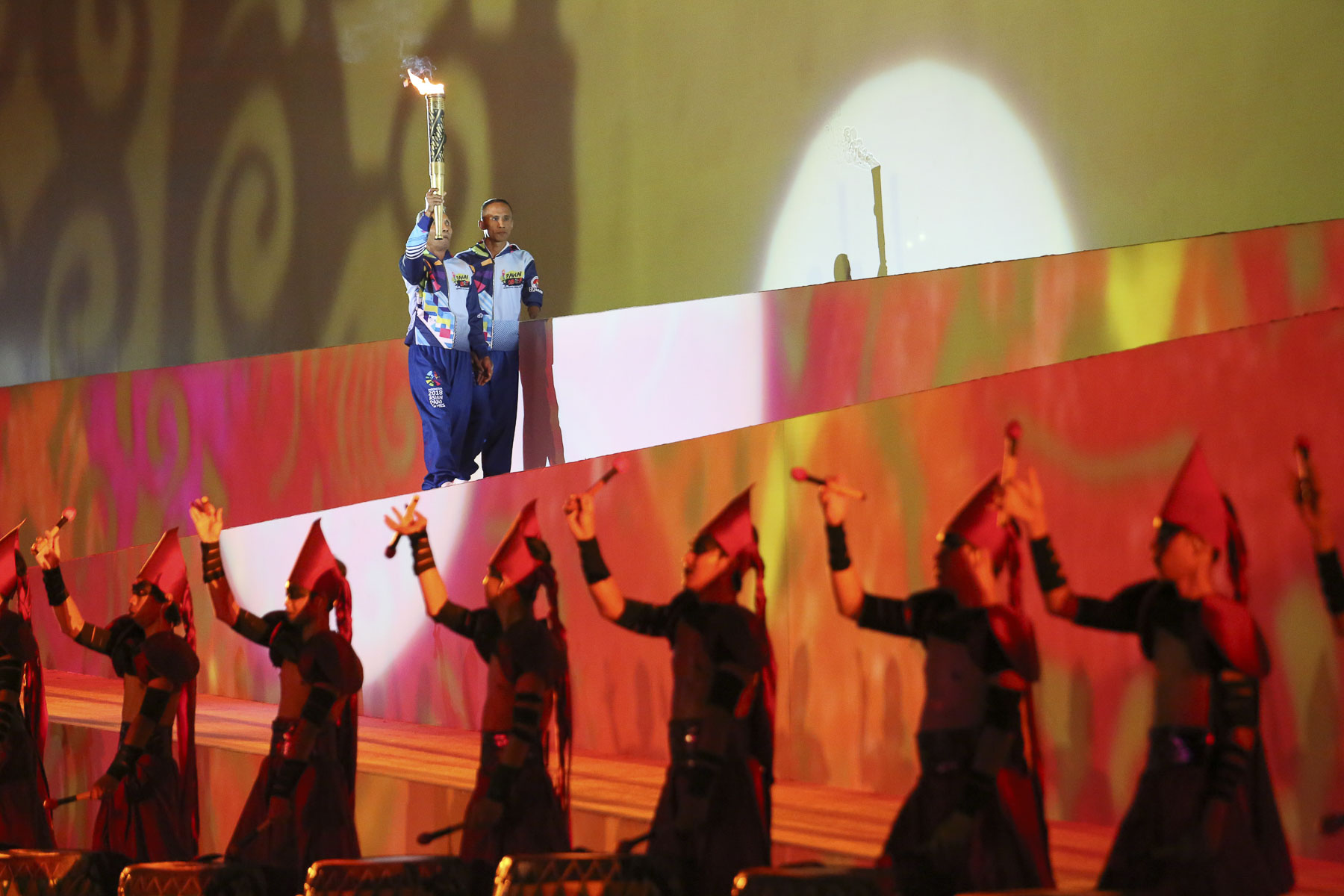