The Rio 2016 Olympic Flag Handovers broke down assumptions by proposing an innovative and unconventional experience. The solemn Olympic protocol became a warm Brazilian “Abraço” and a breath-taking explosion of joy. Driven by the contagious rhythms of samba, the scenography of the Rio 2016 Flag Handover in London 2012 literally immersed the audience in a concentrate of Brazil’s culture, diversity and beauty.
A colourful ensemble of musicians, dancers with fantastic costumes, and Brazil’s legendary personalities, that harmoniously reinterpreted their tradition and their mystical heritage.
Together, the London 2012 artists offered a moment of unconditional sharing where disable and able-bodied performers pushed the limit of the possible. The Queen Elisabeth stadium lived a unique Flag Handover, which undoubtedly dismissed stale convention. A thrilling invitation to Rio 2016!
The Rio 2016 Flag Handovers in London 2012 marked the first time a South American country hosted the Olympic Games. The Mayor of Rio de Janeiro, Eduardo Paes, received the Flag on behalf of over 190 million Brazilians. 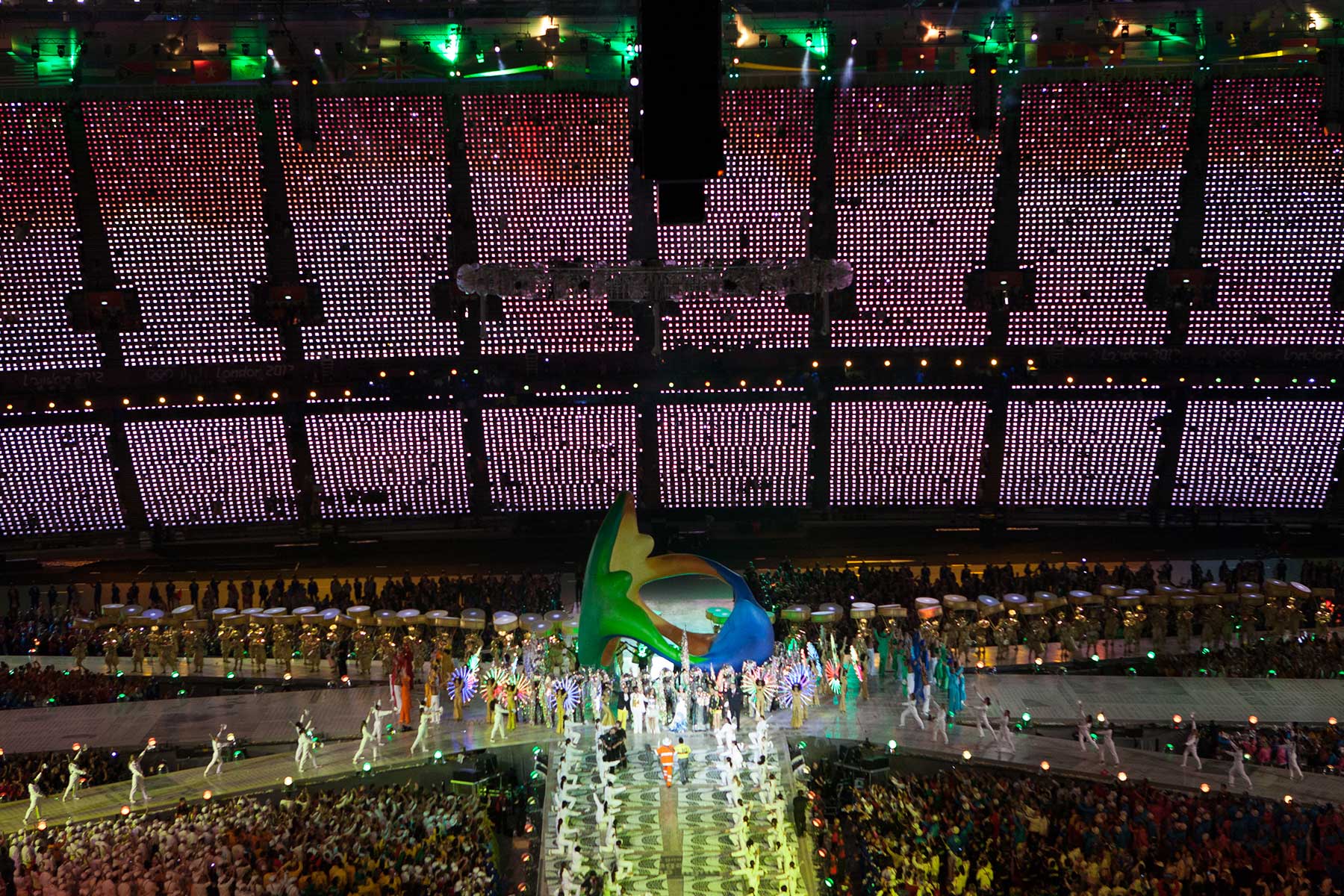 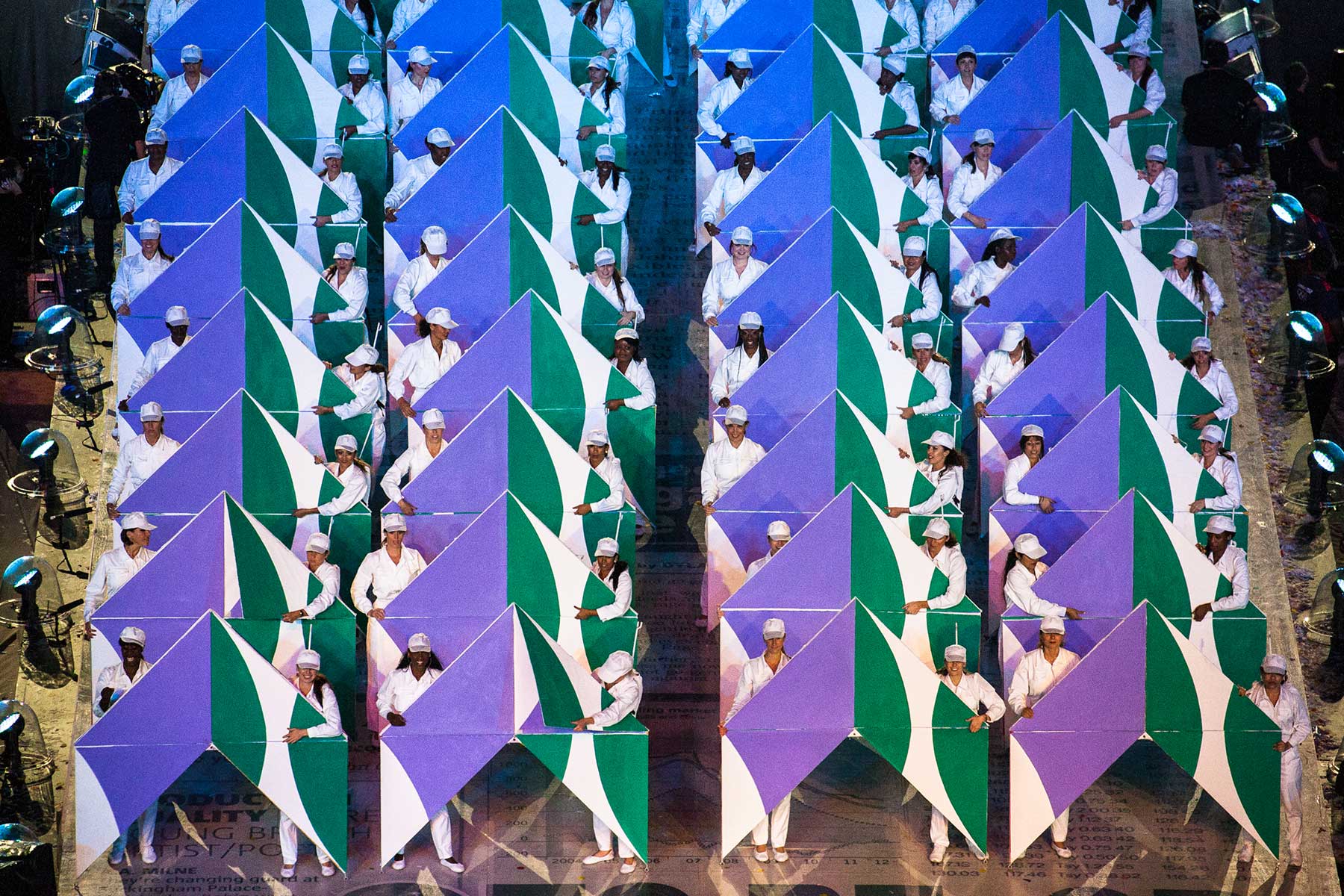 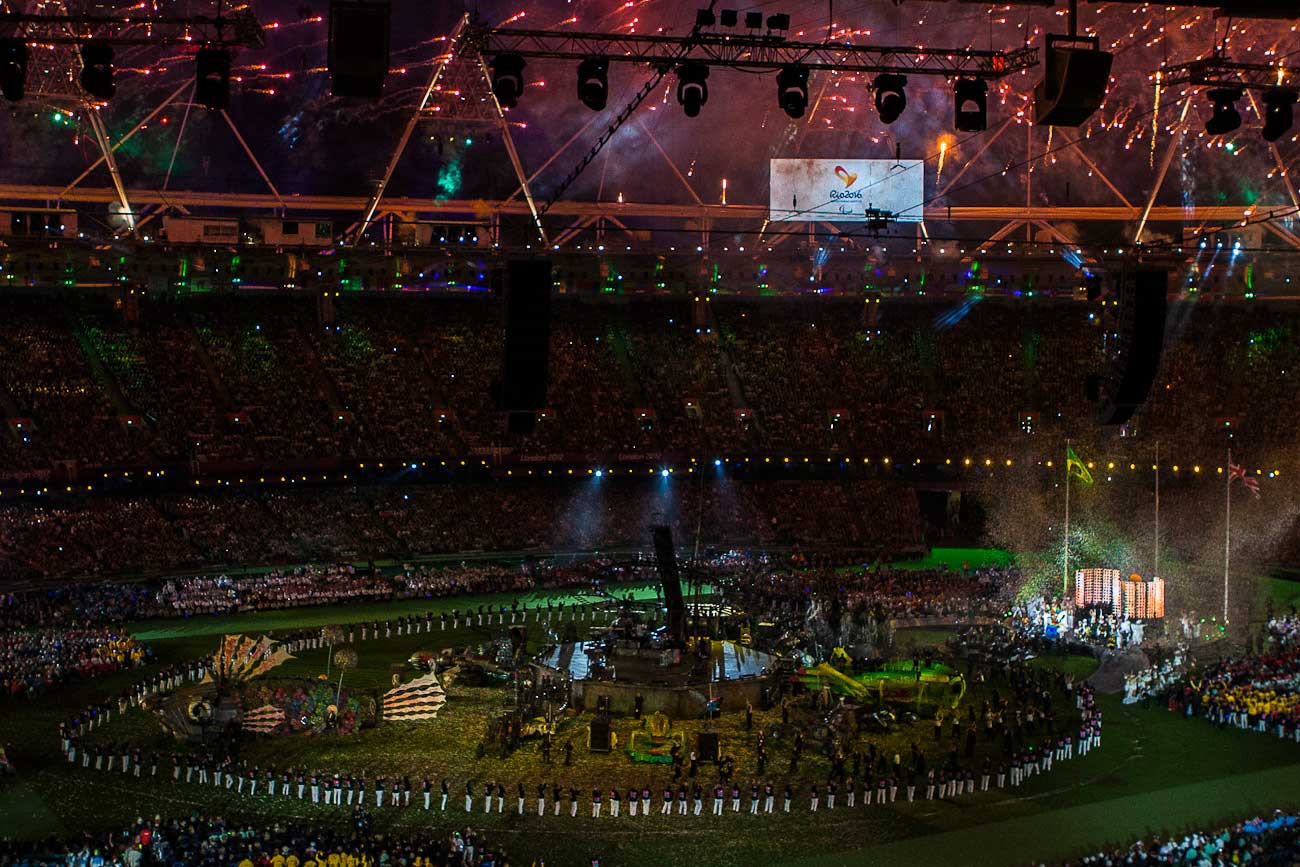 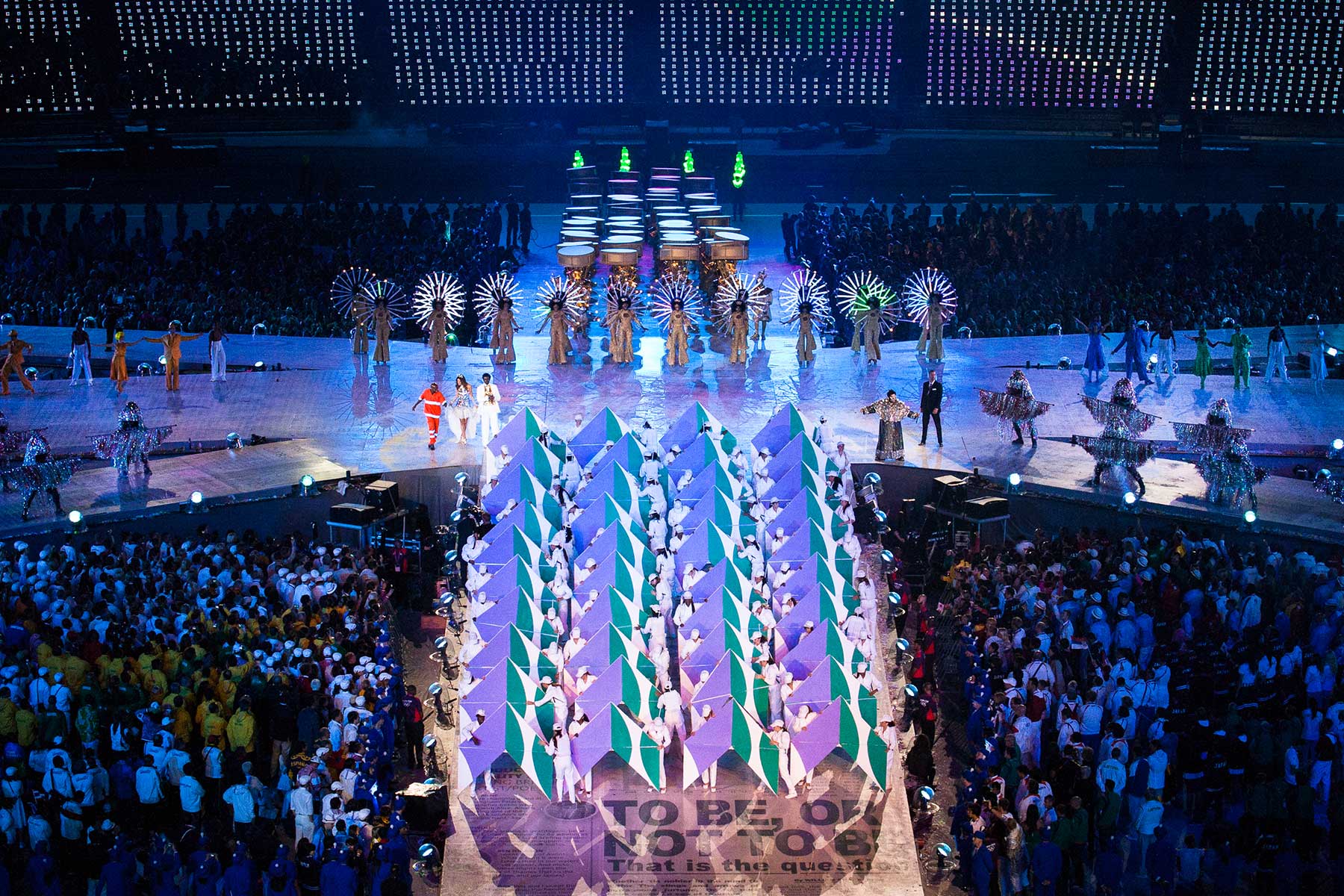 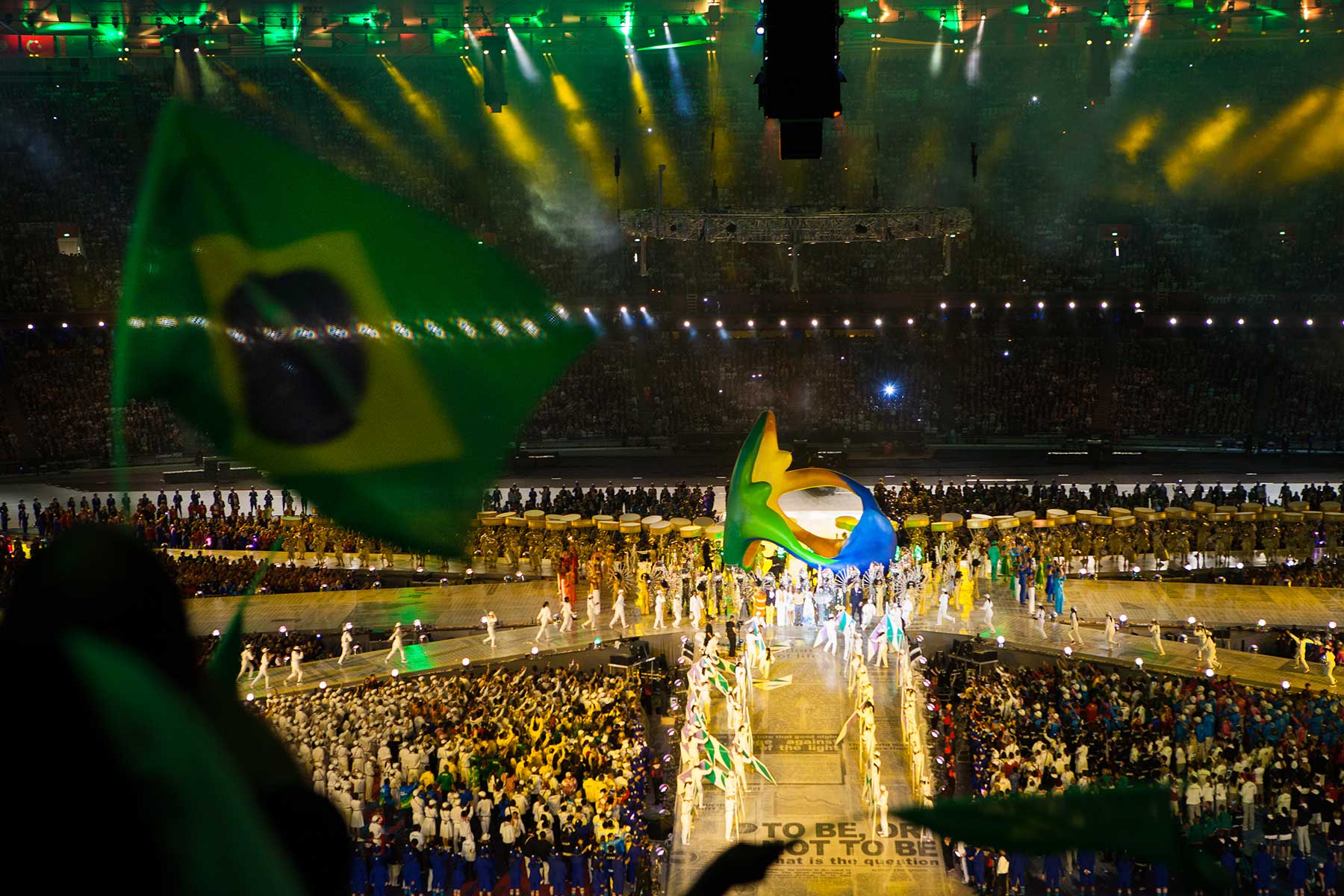 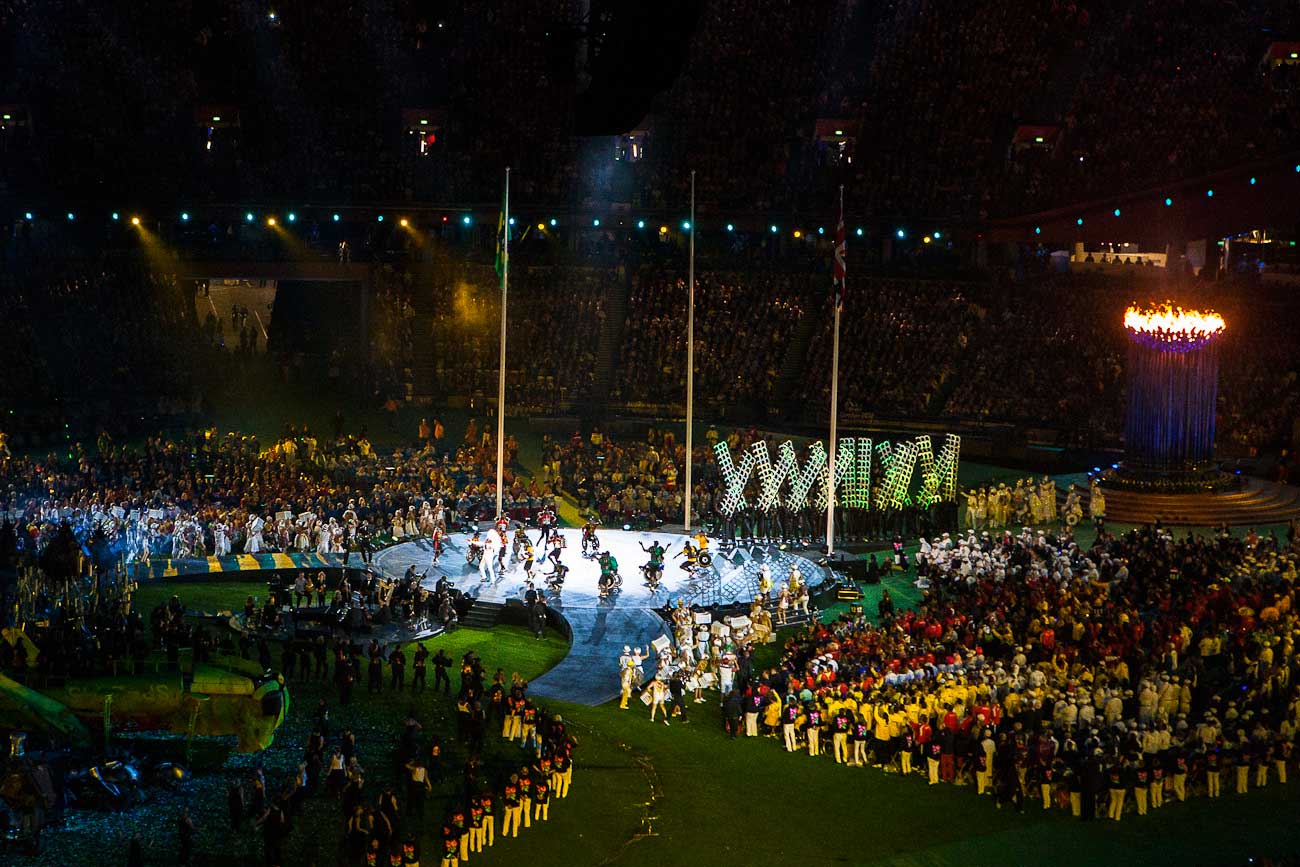 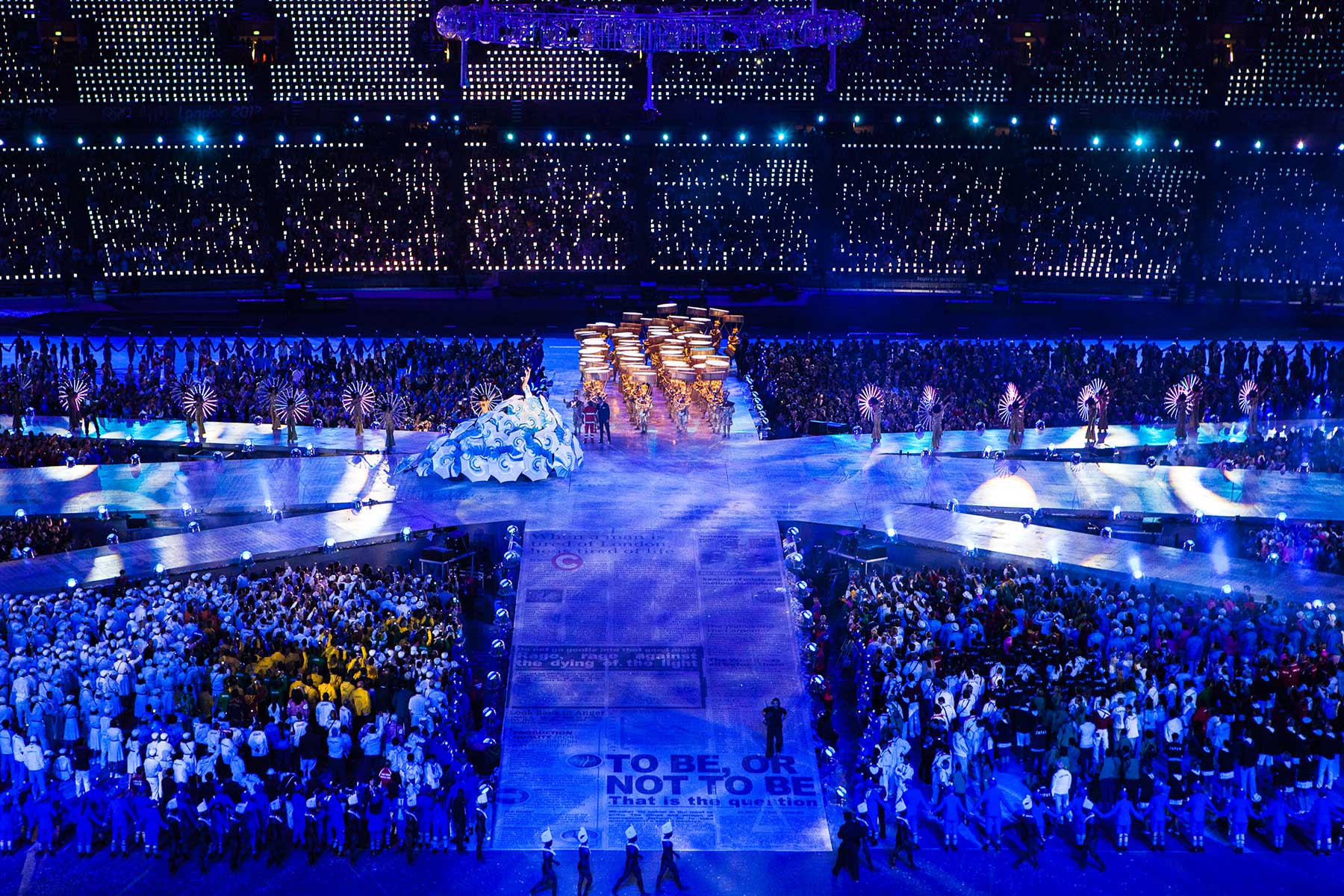 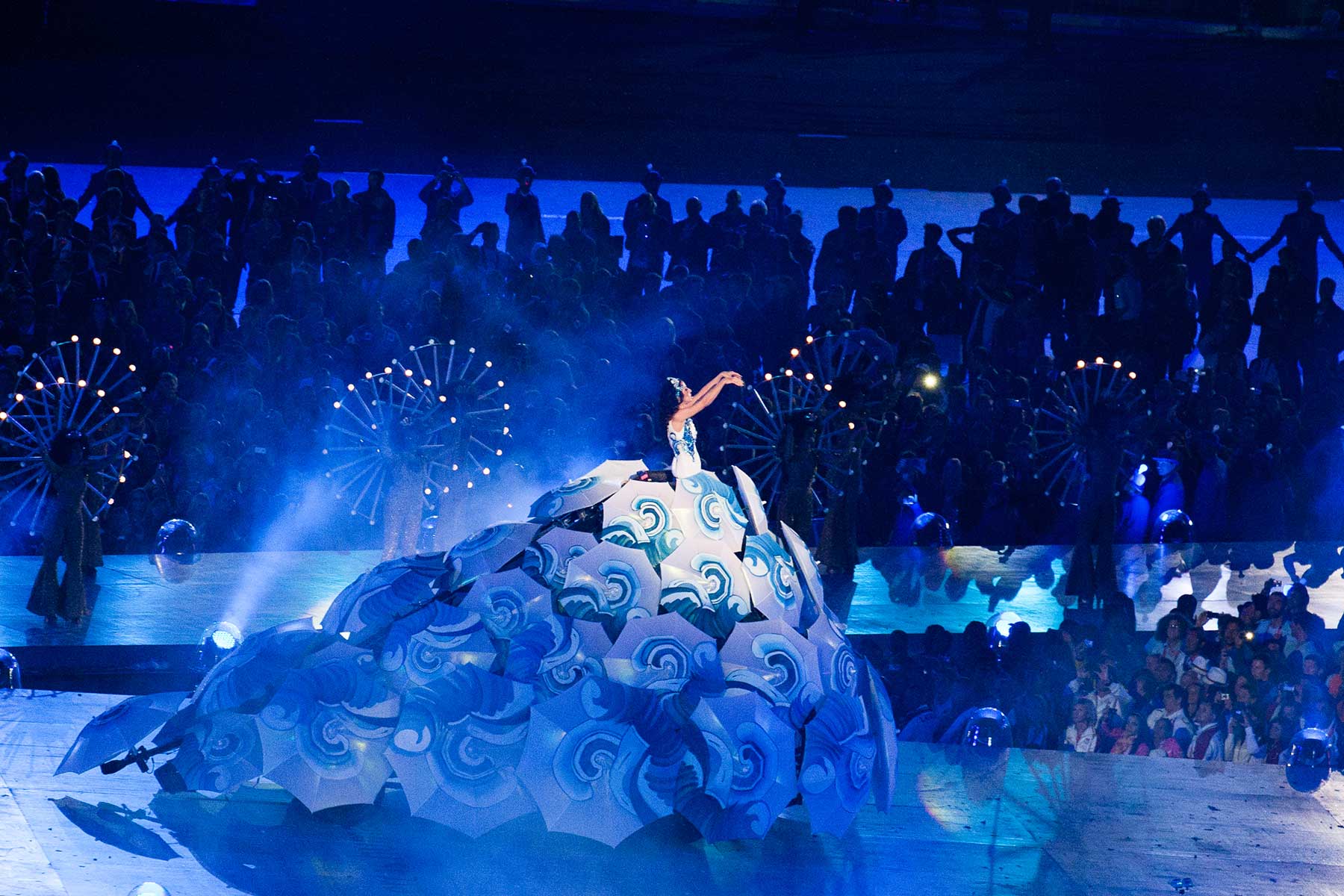 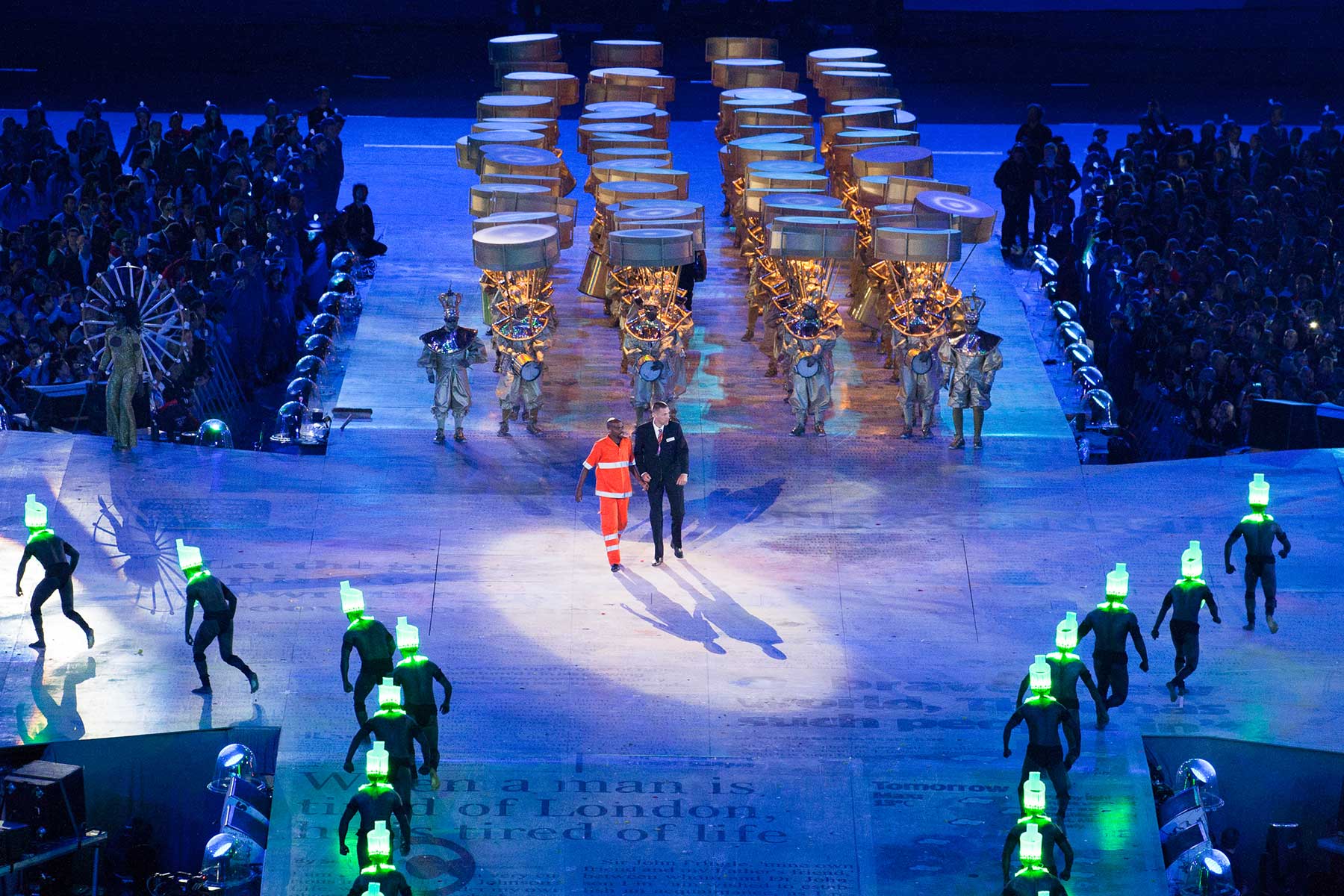 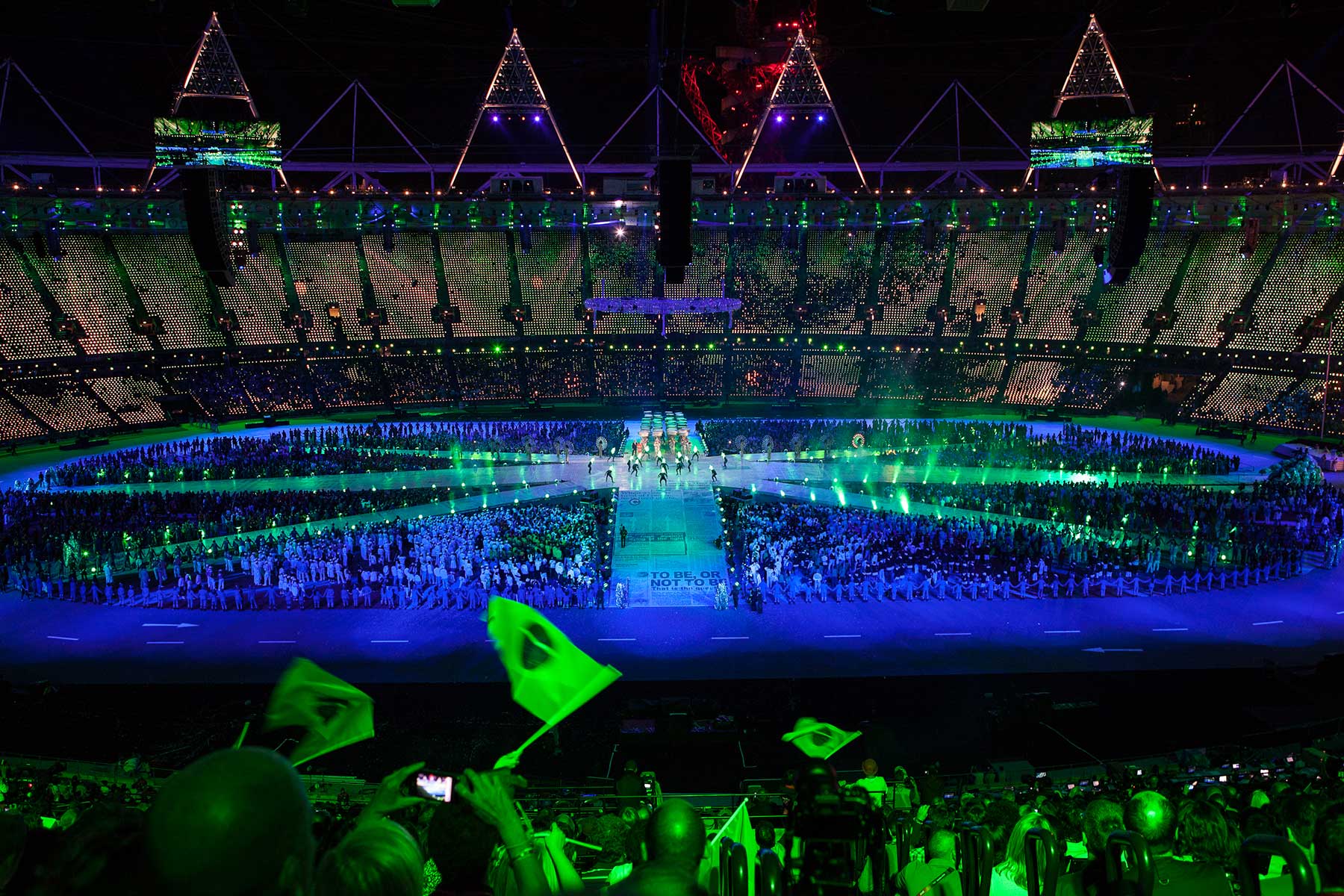 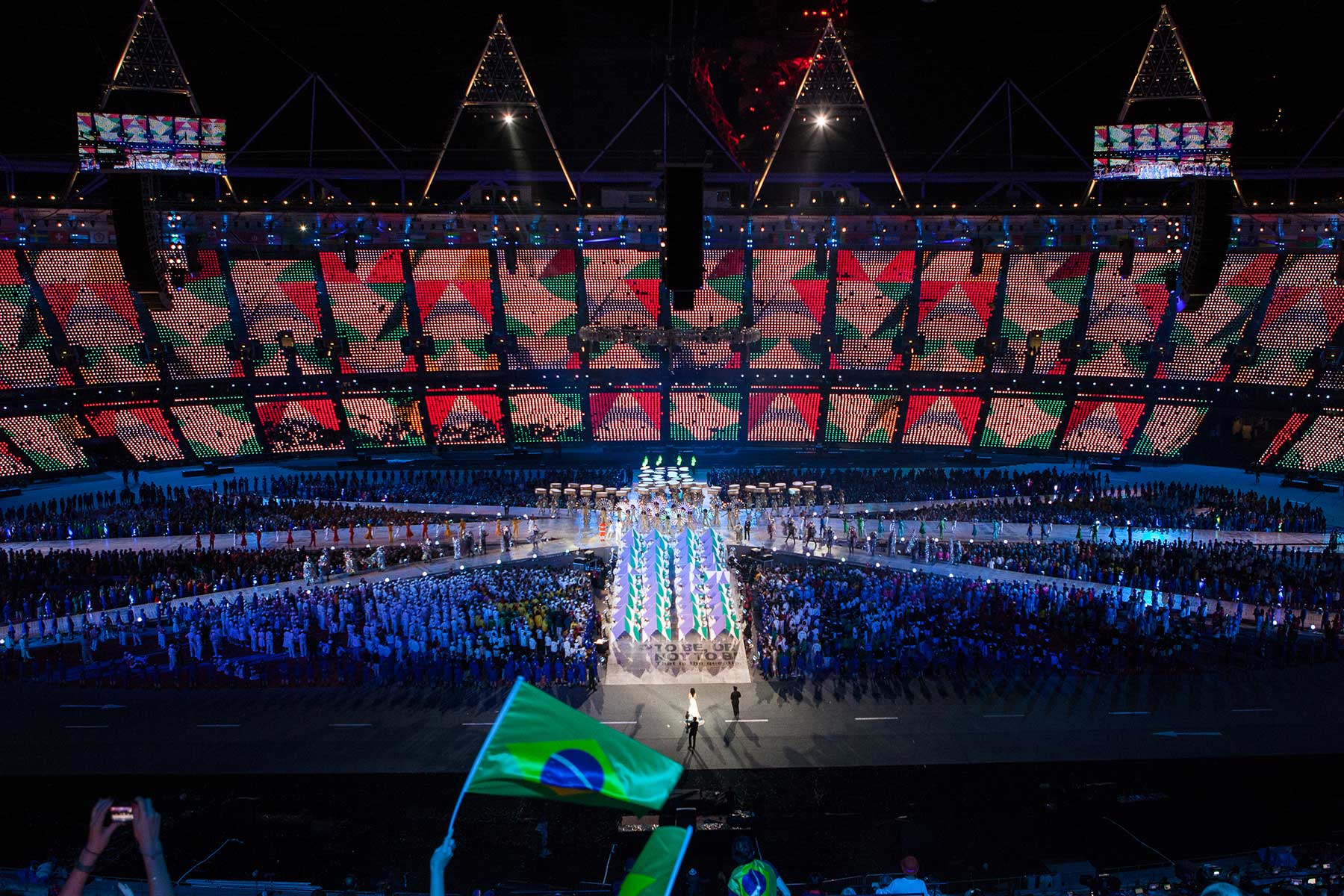 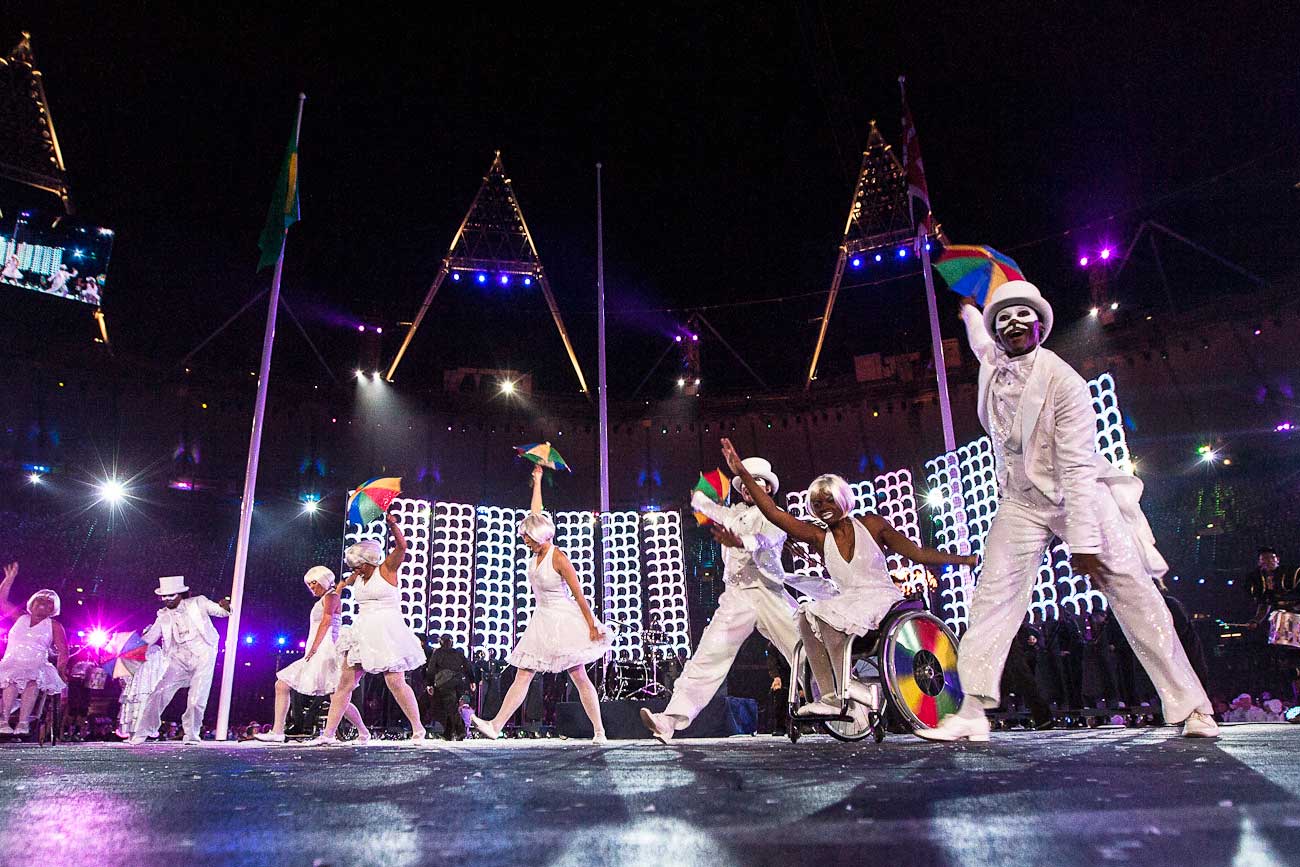 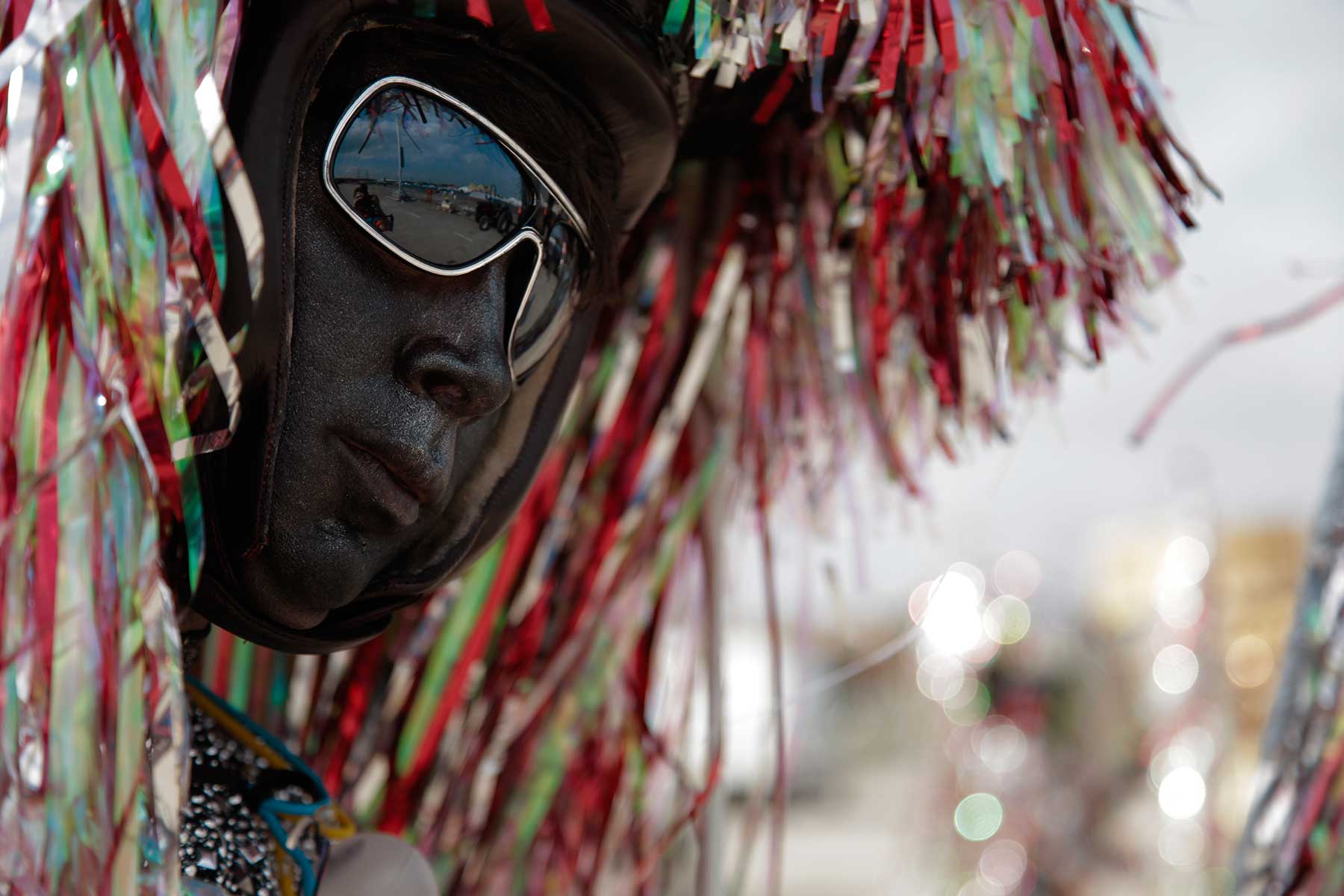 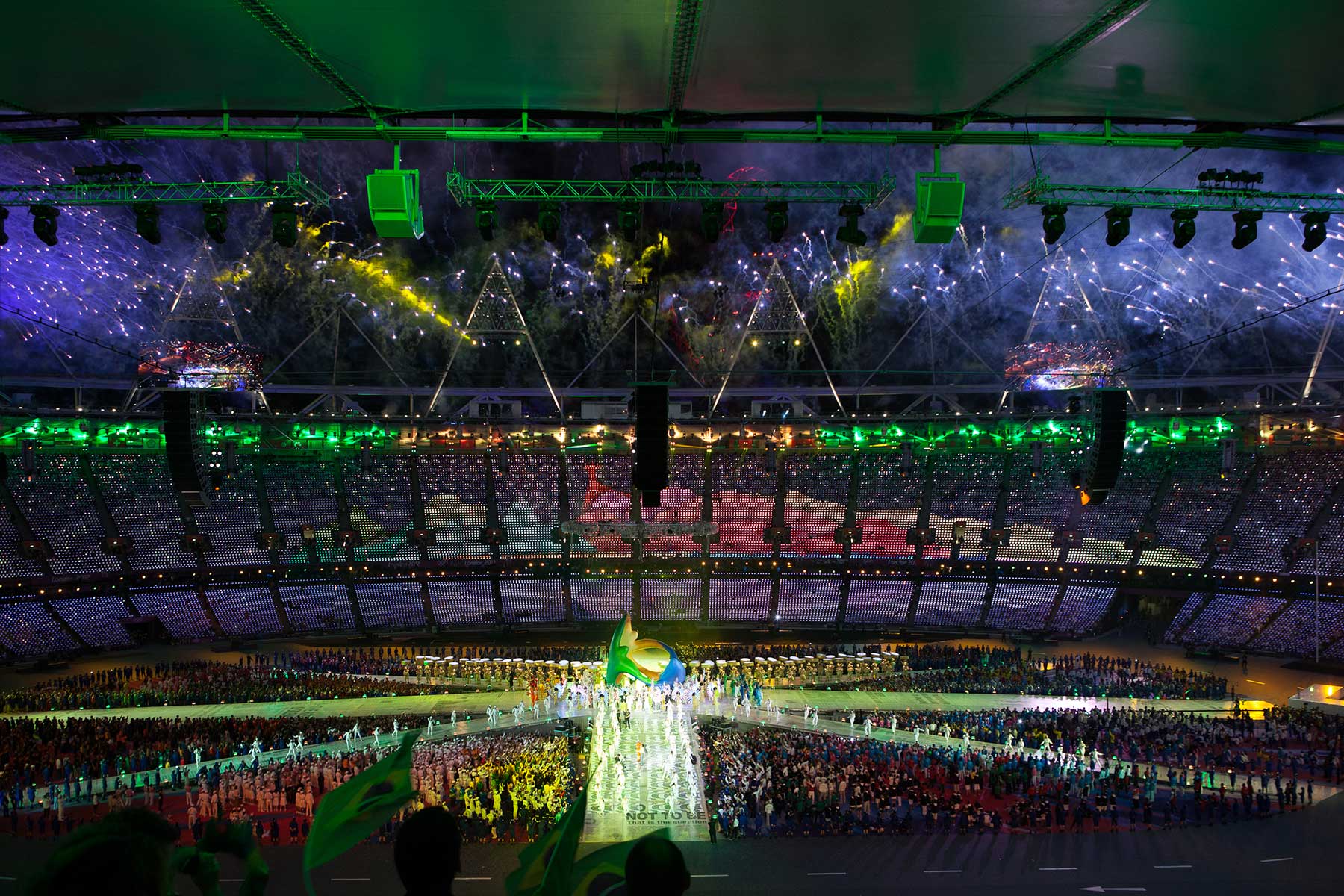 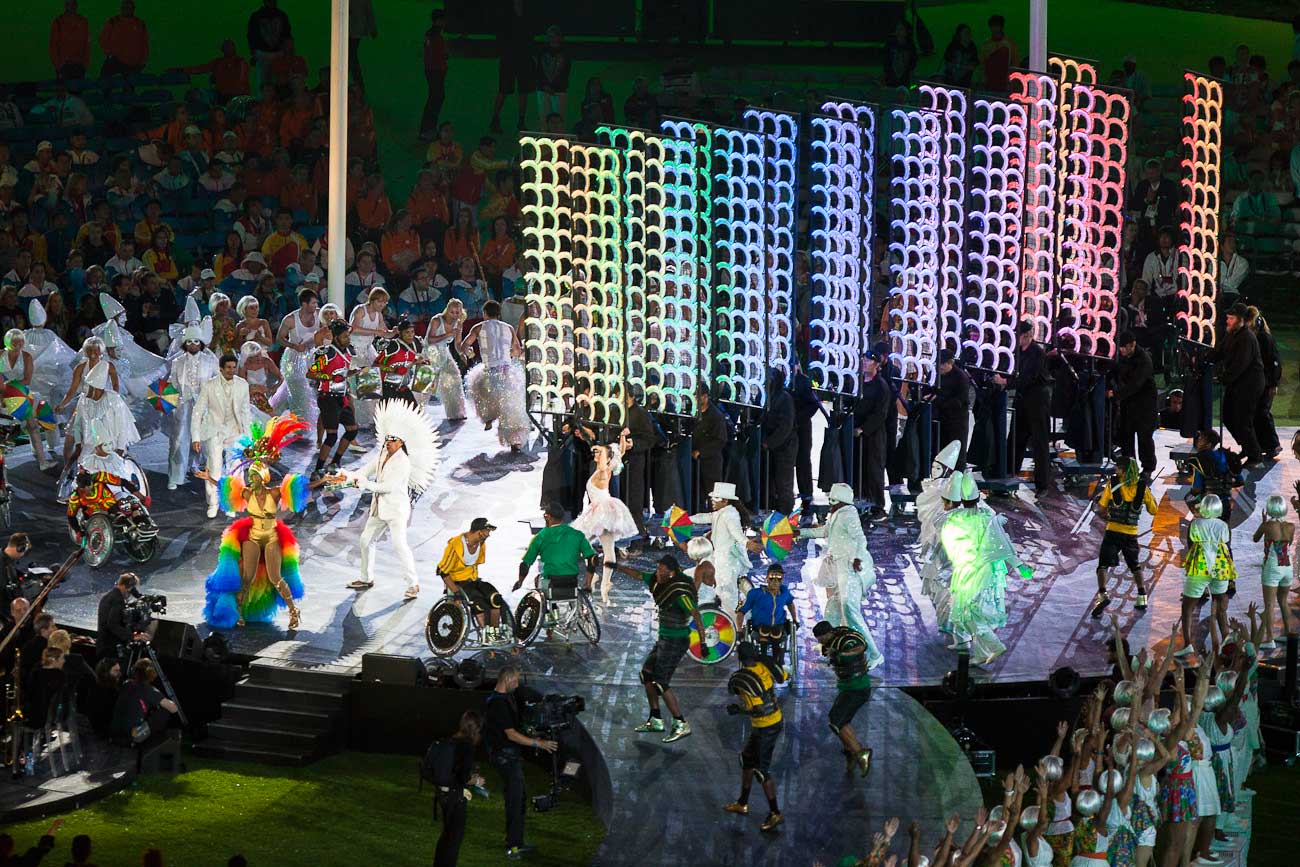 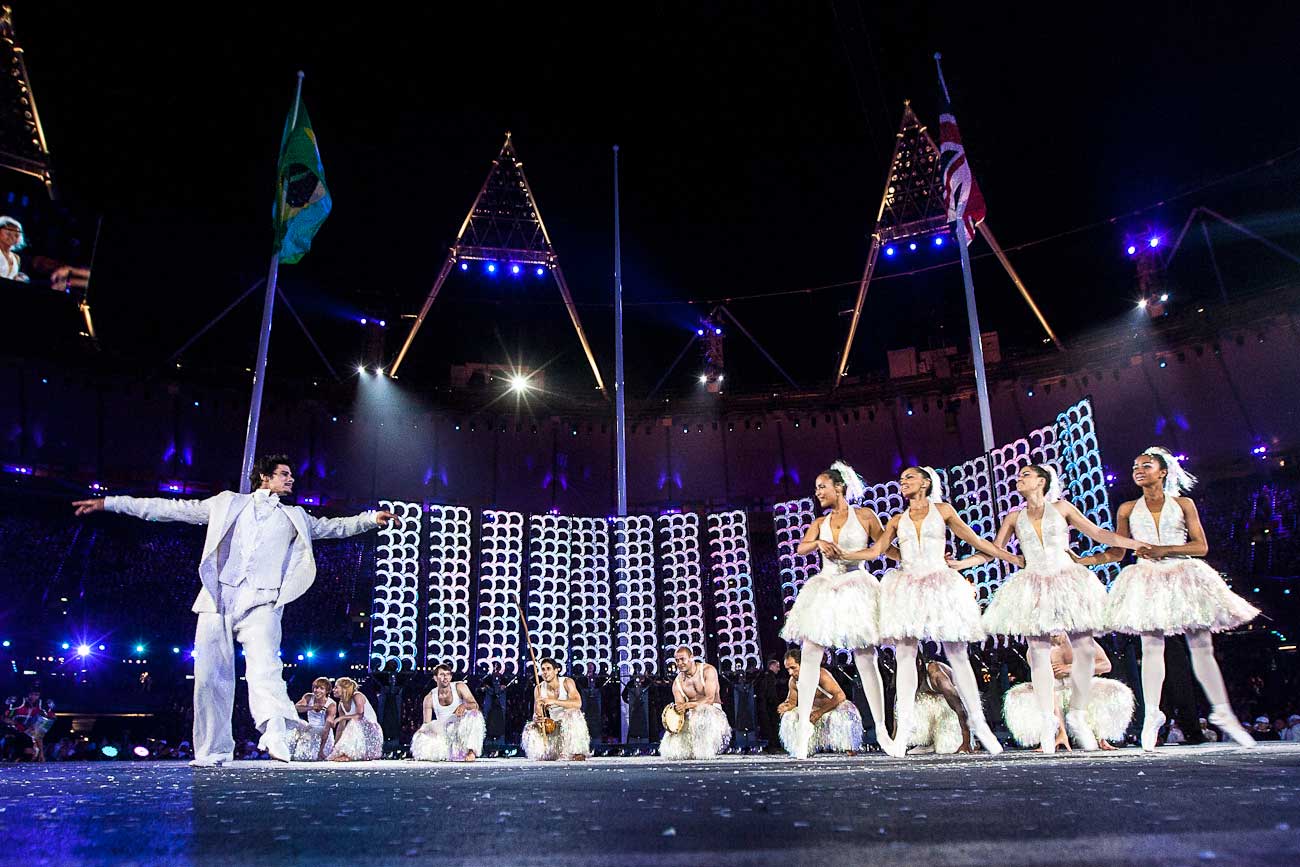 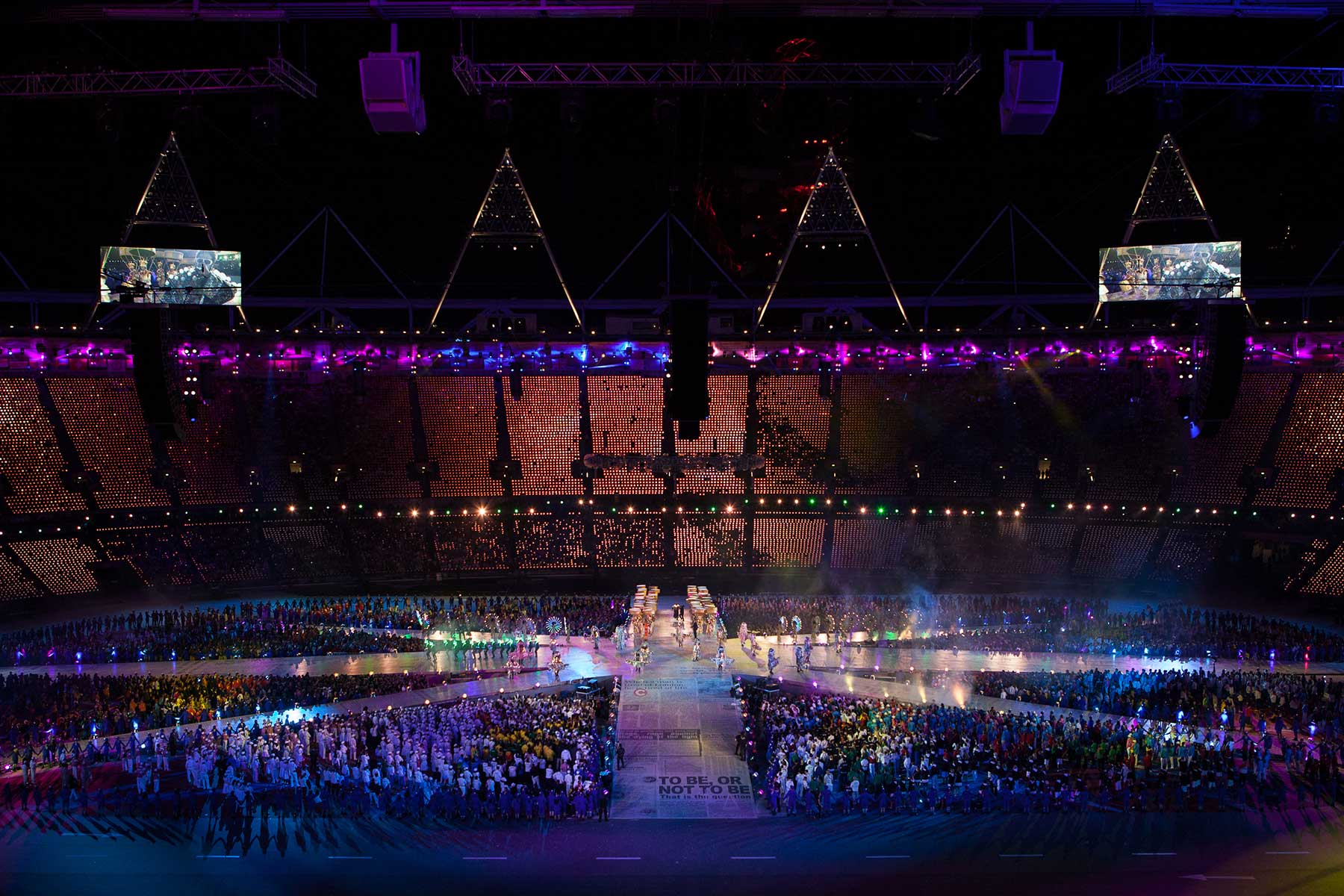 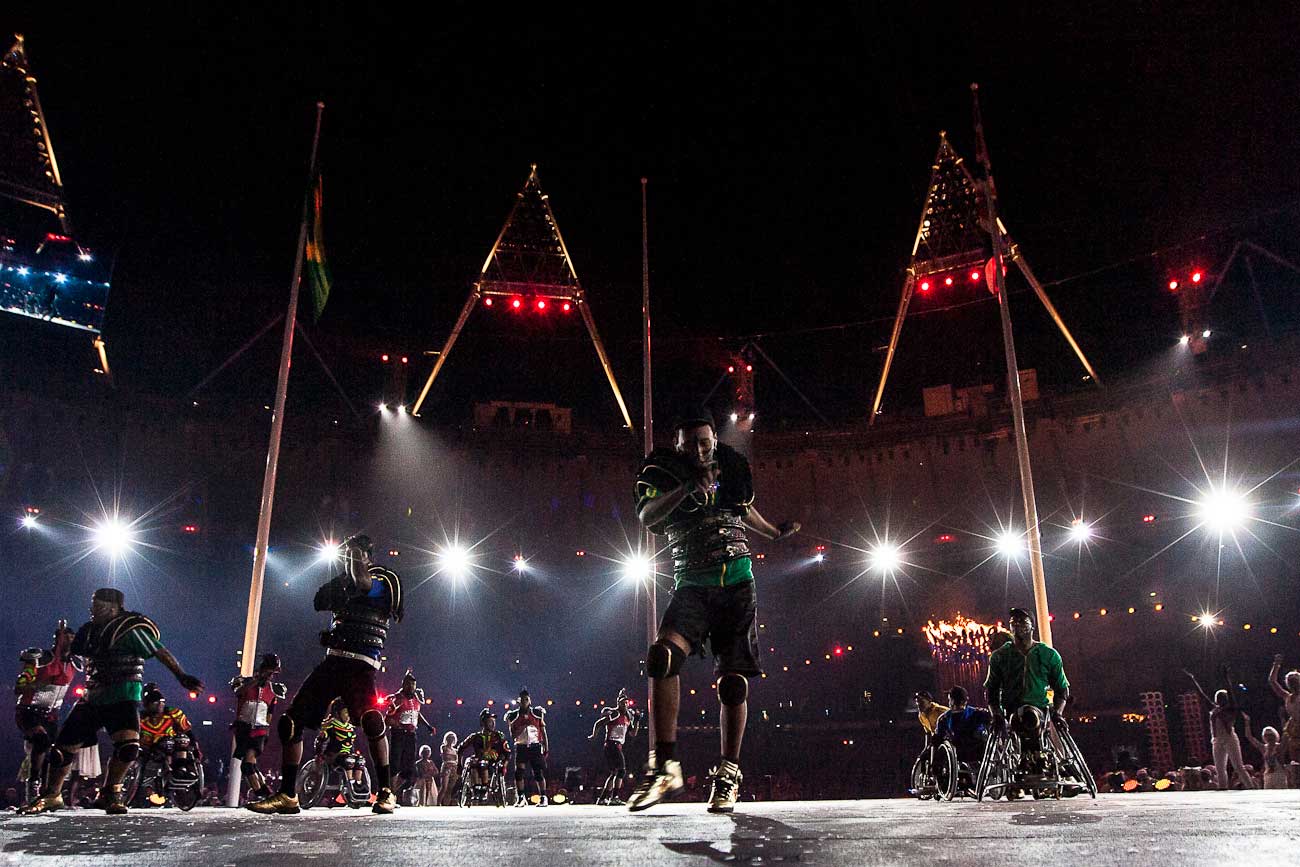 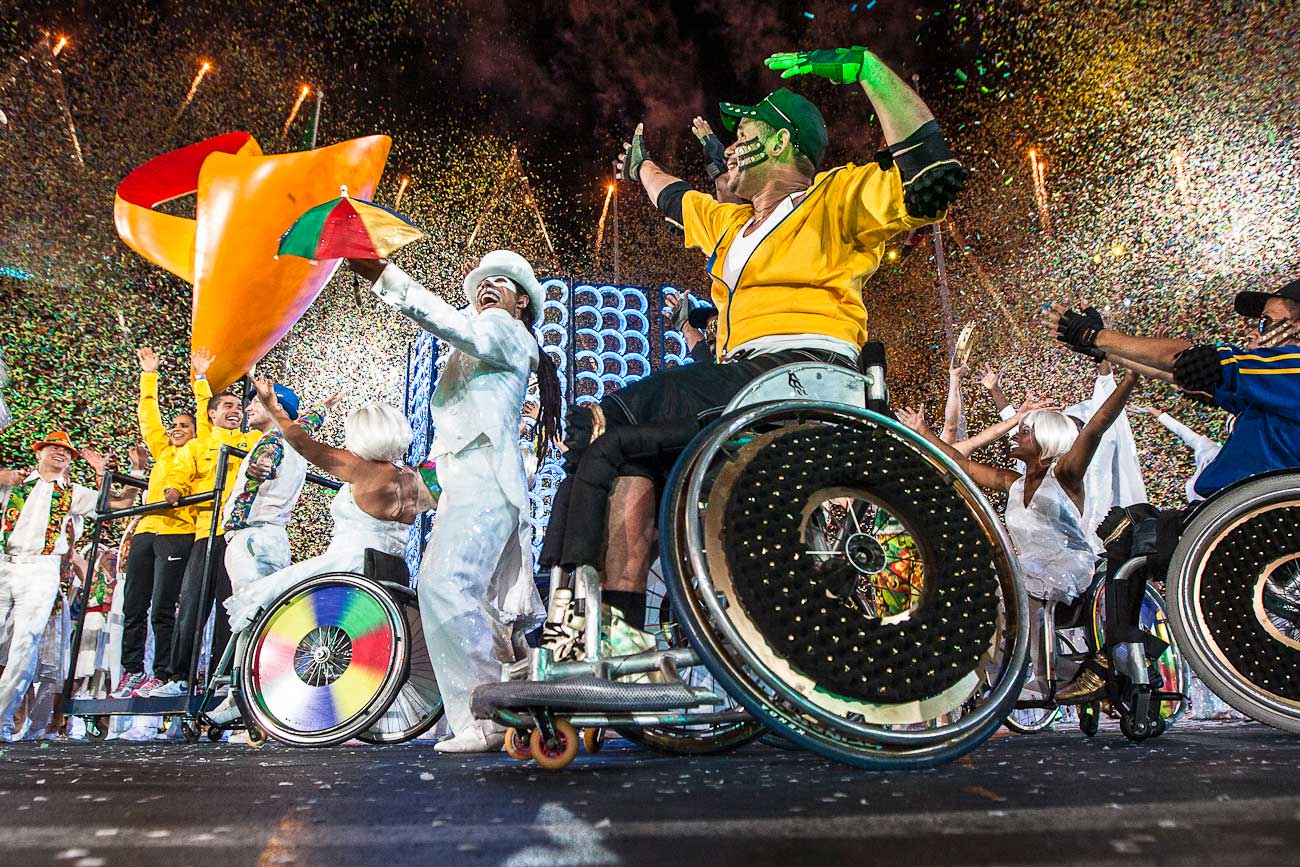 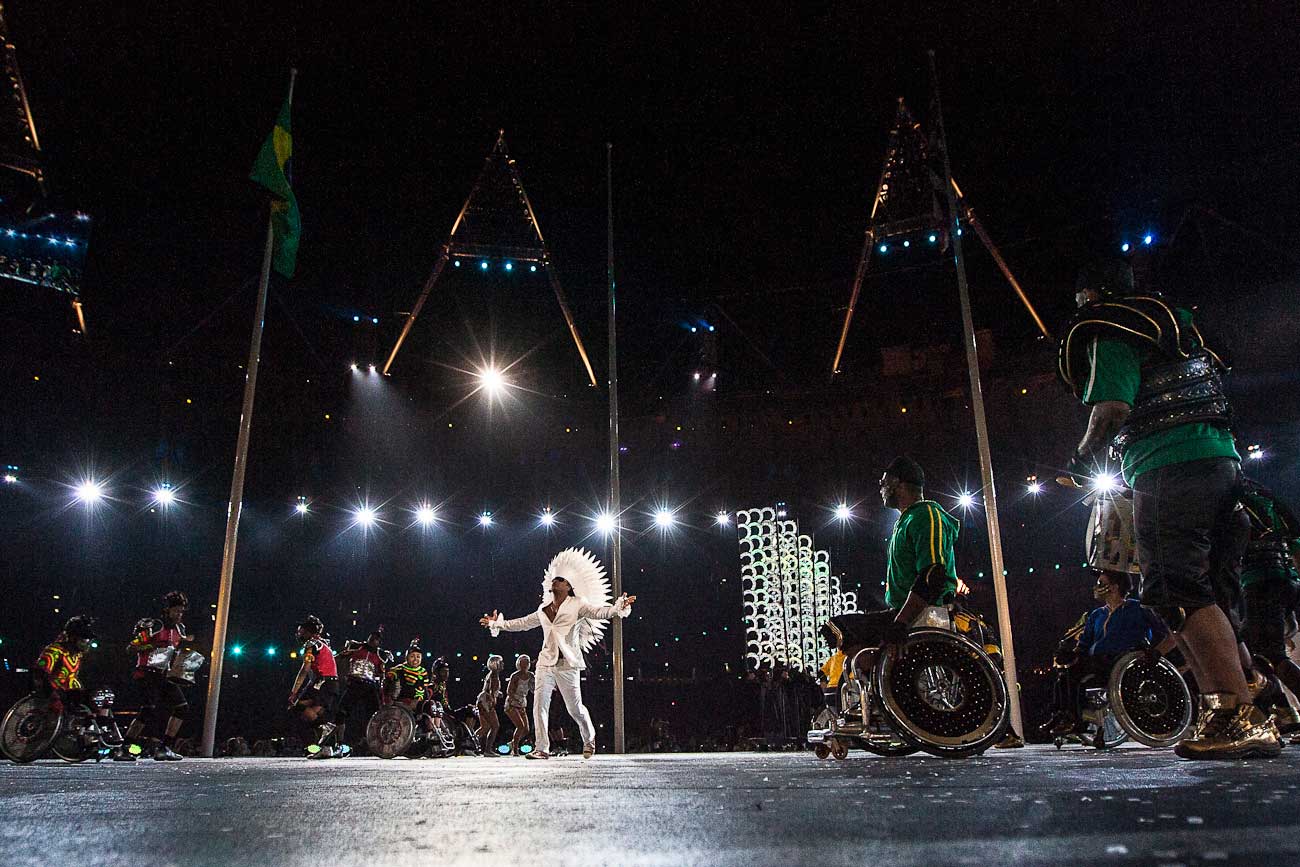 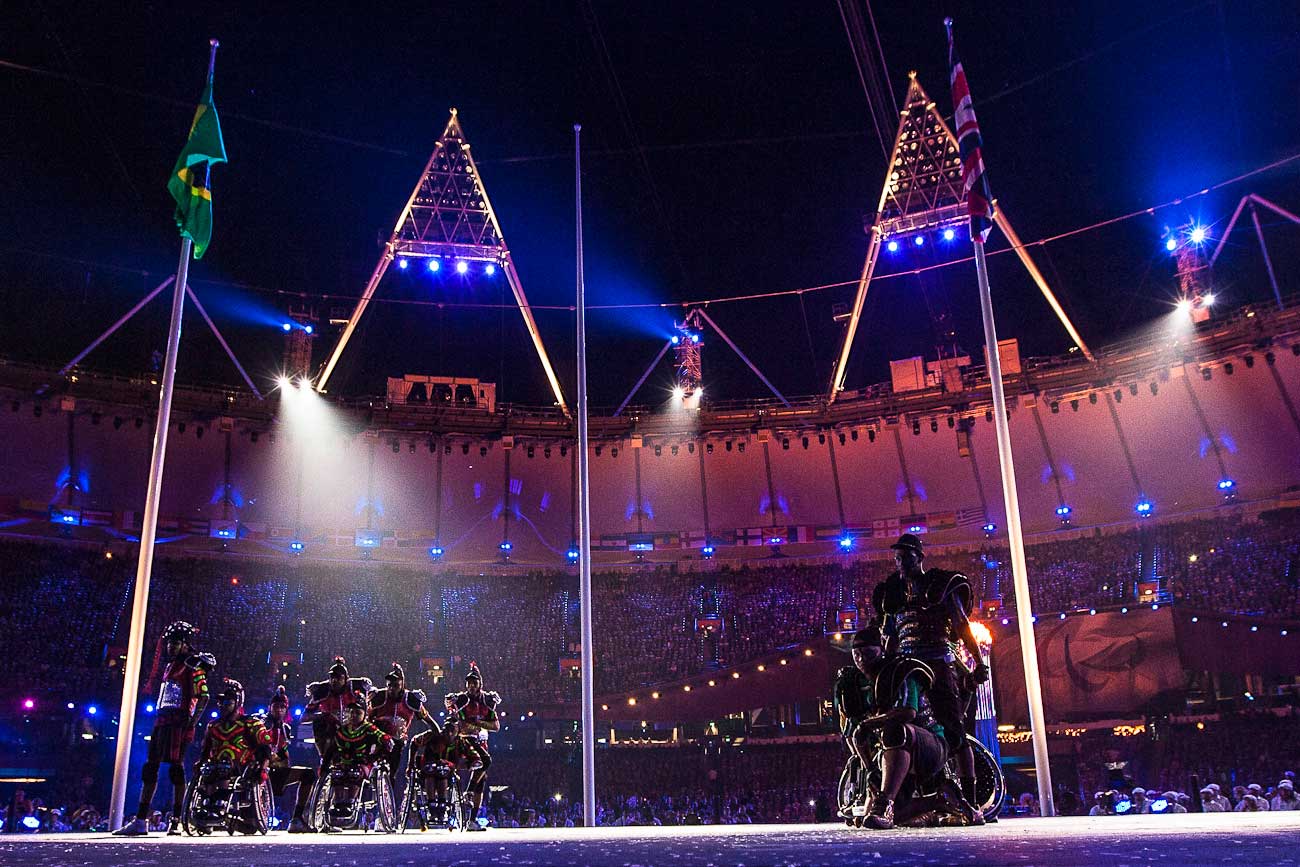