Like no other sports, Football brings people together around shared values of trust, integrity and respect.
UEFA Euro 2012 particularly embodied this truth by uniting the two hosting countries Poland and Ukraine. The flower, emblem and visual leitmotiv of the ceremonies, is the union of different petals, whose beauty and fragility inspire respect. For the opening show, spectators composed in an impressive collaborative scenography the flags of every team and once again, the word “respect”.
In Warsaw, as a harmonious symphony, the opening ceremony absorbed the audience in a journey through Ukrainian and Polish musical heritage. Then, the closing one in Kiev was animated by a vivid and colourful challenge: a football match simulated by a stunning choreography, which introduced the final game. 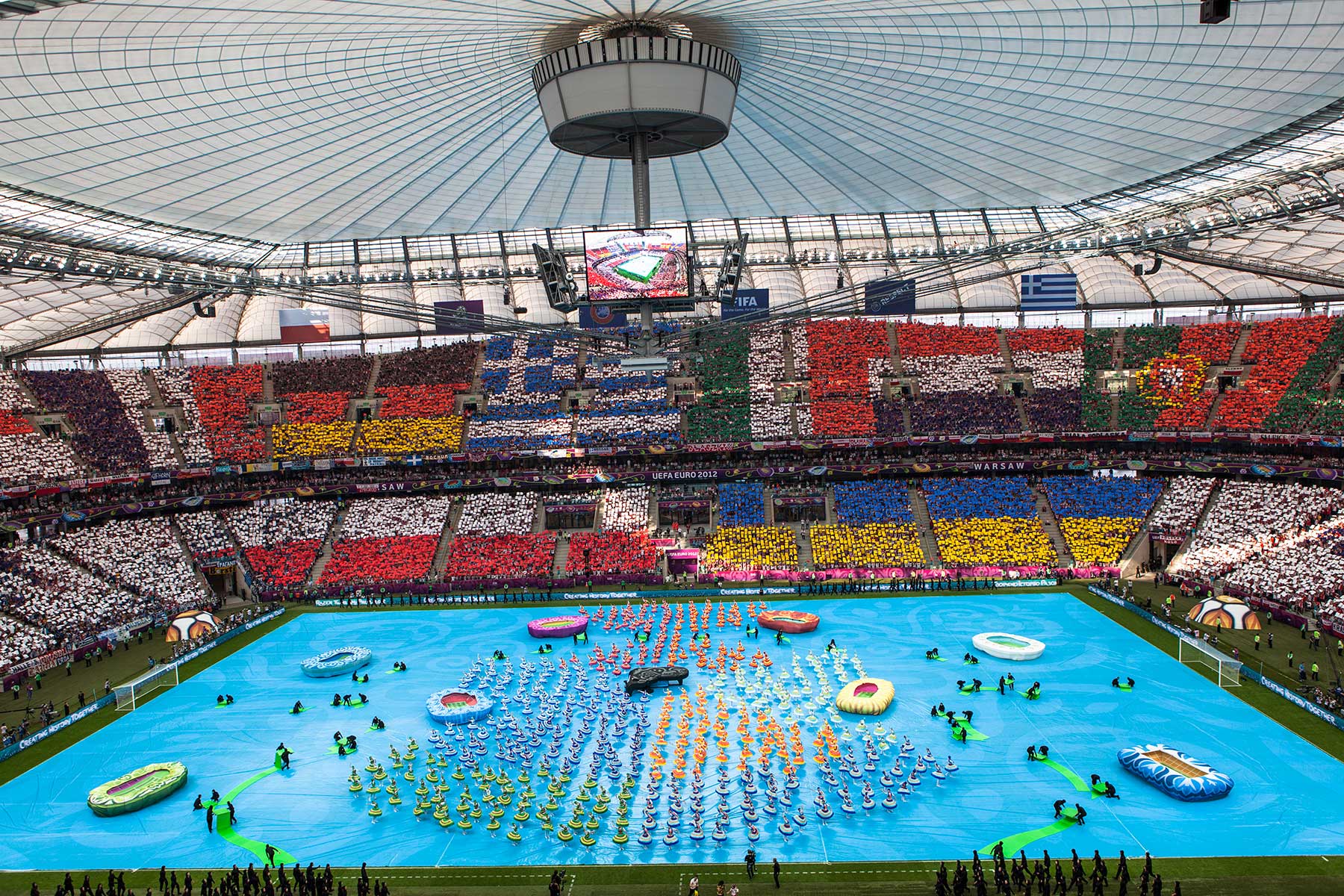 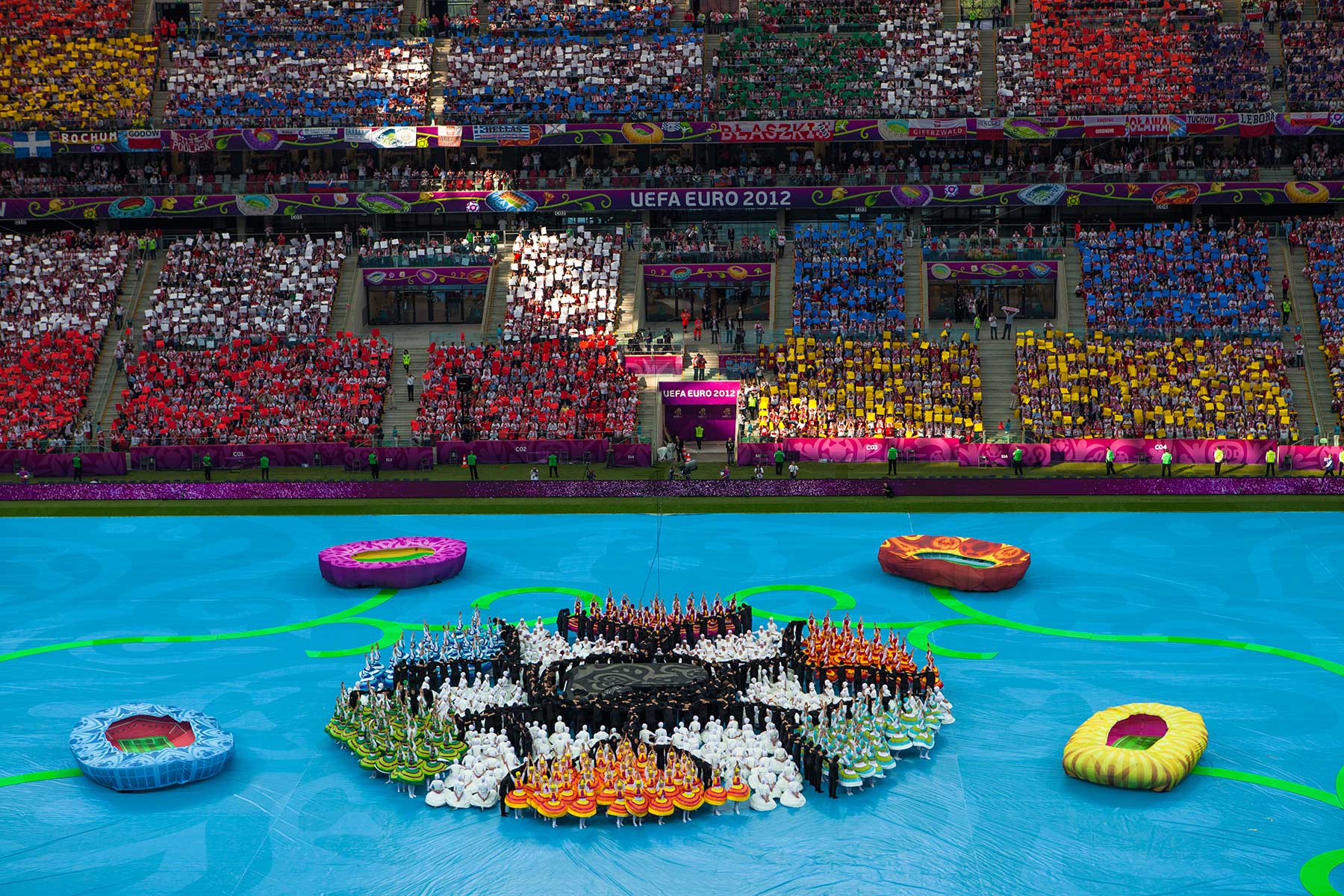 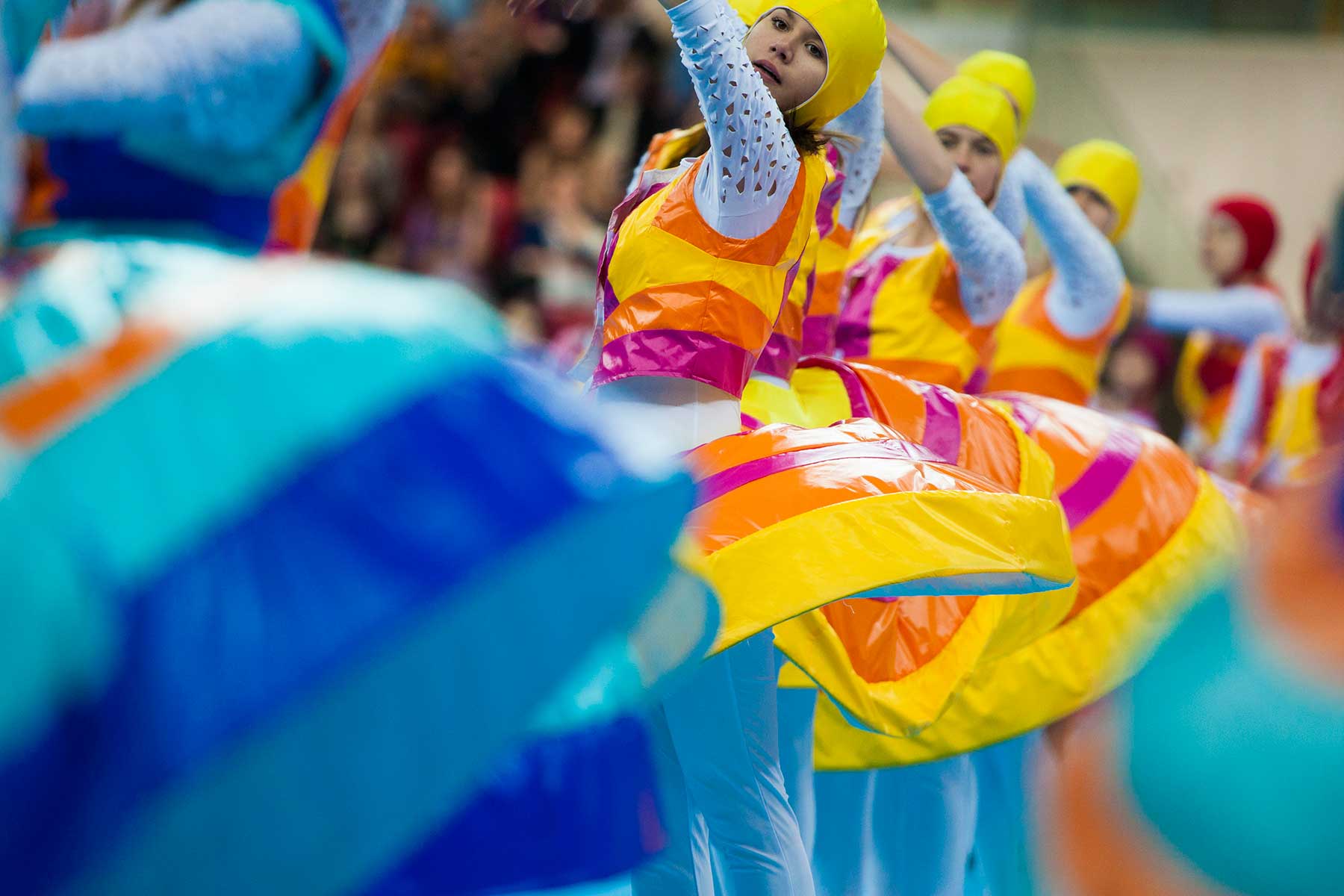 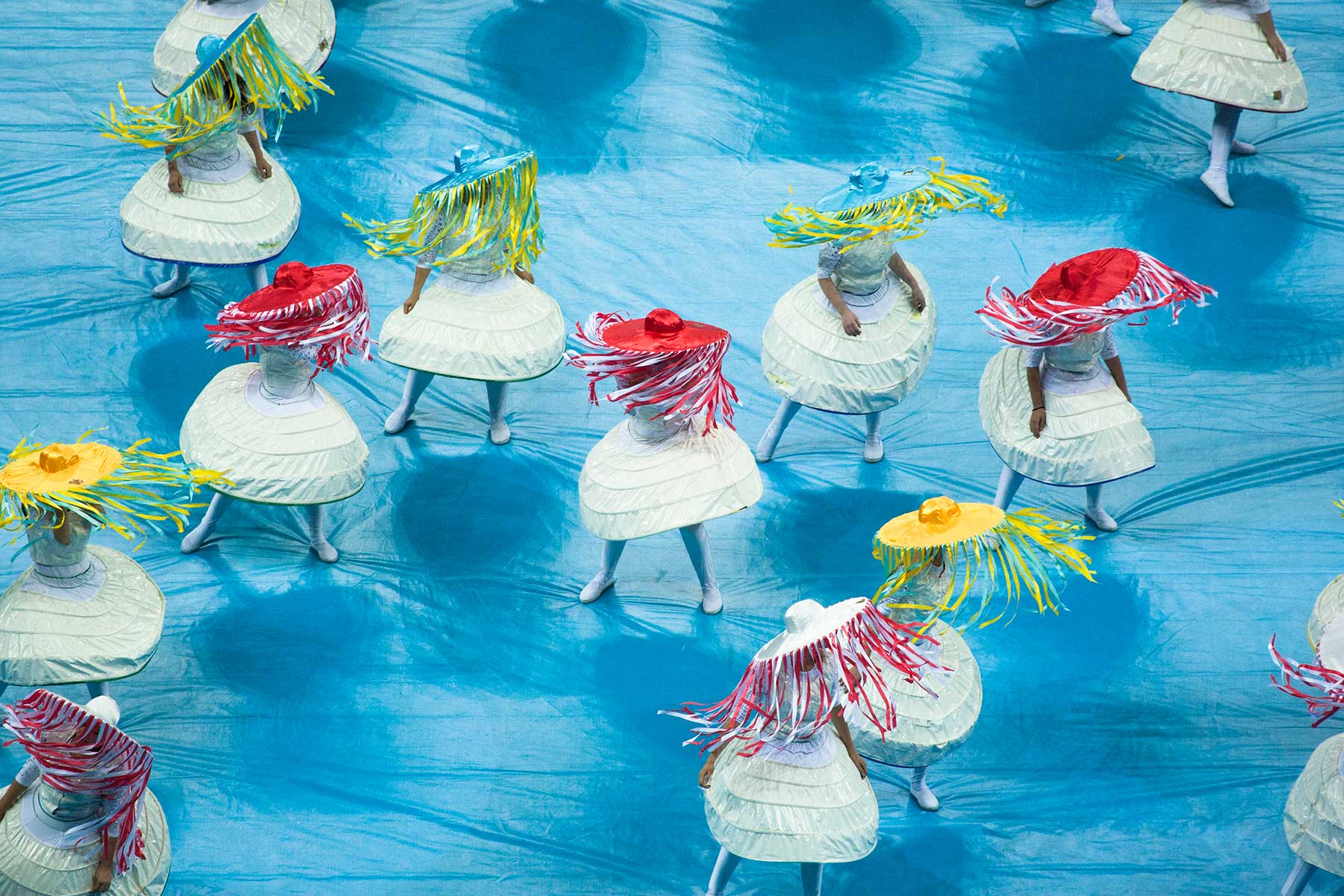 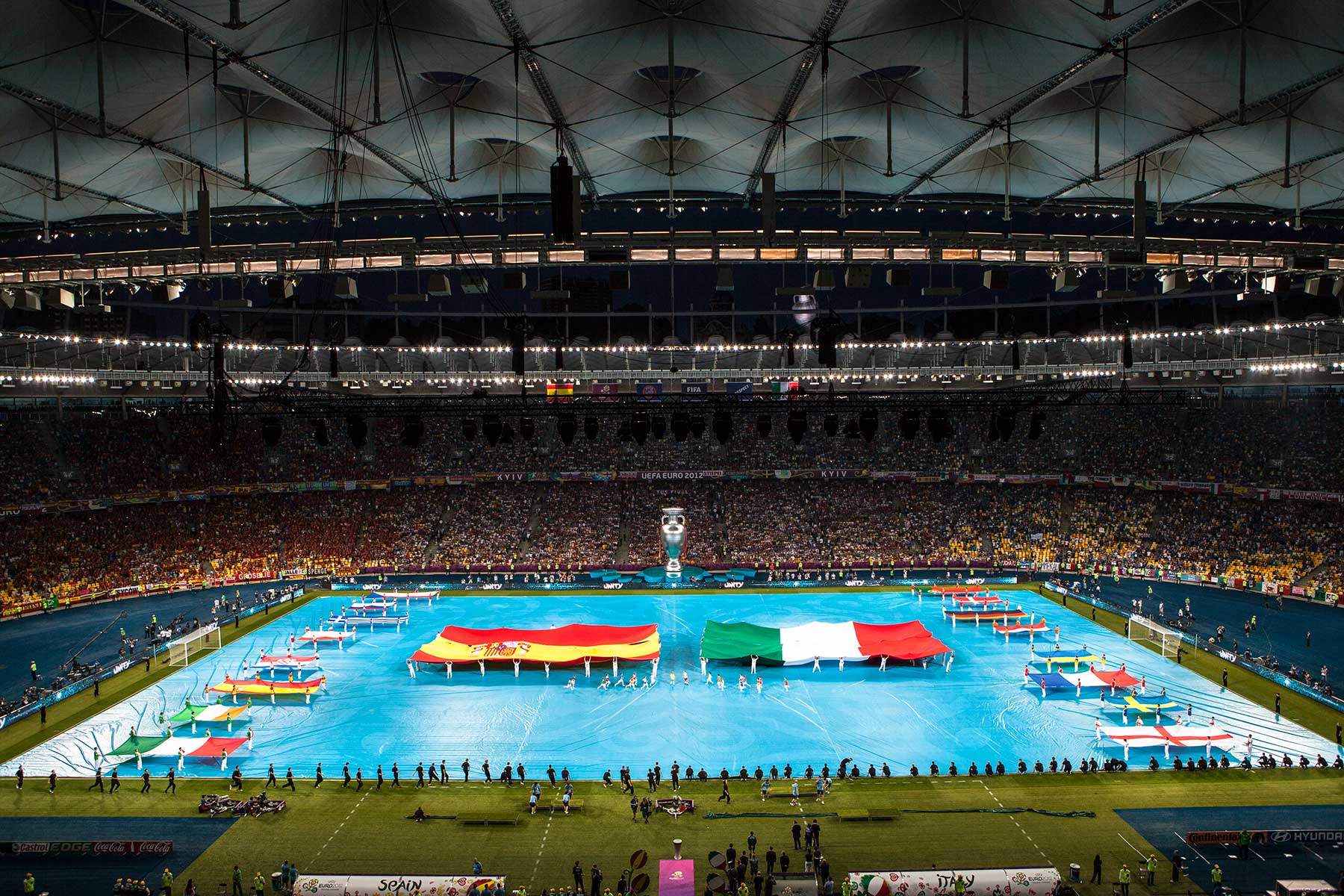 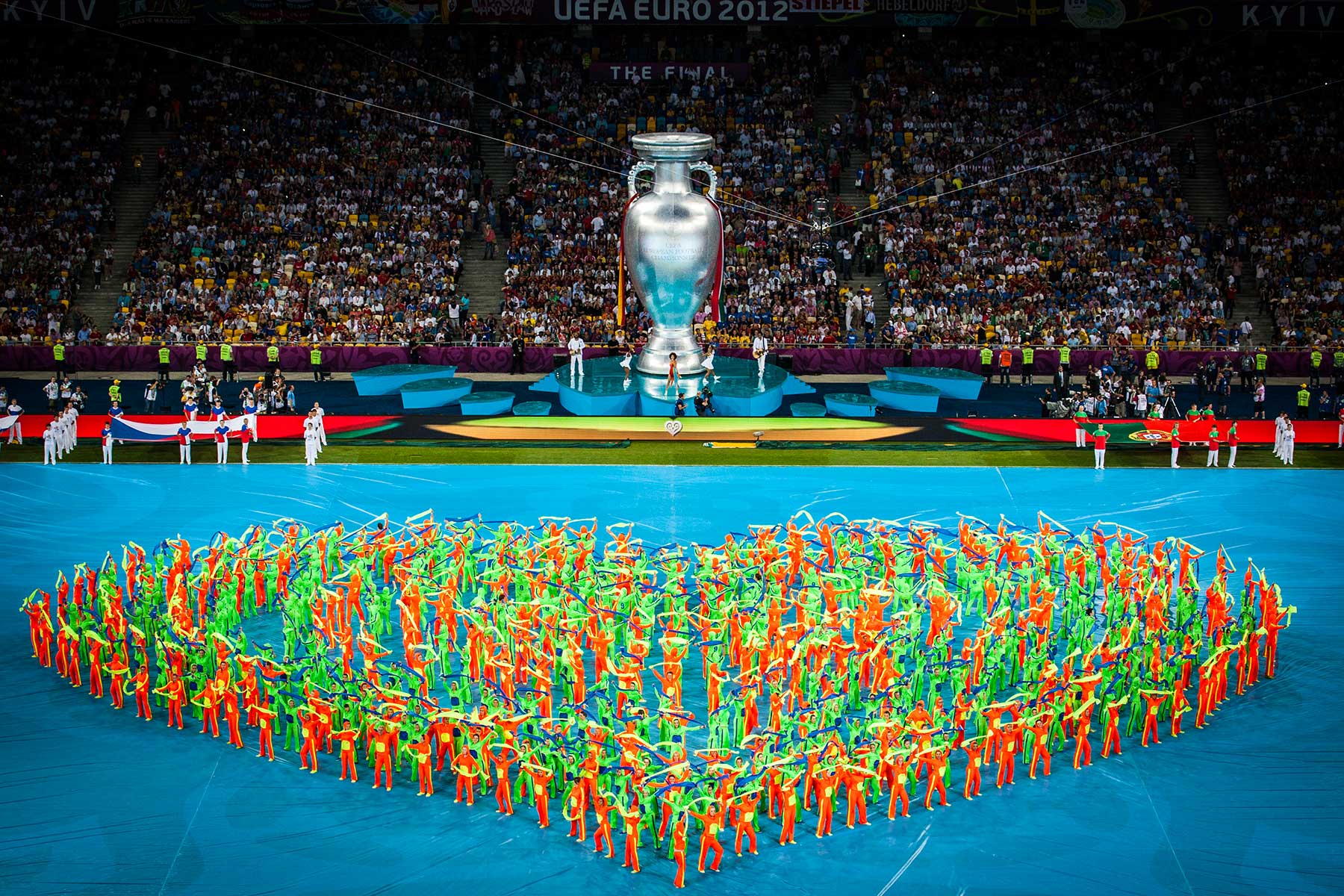 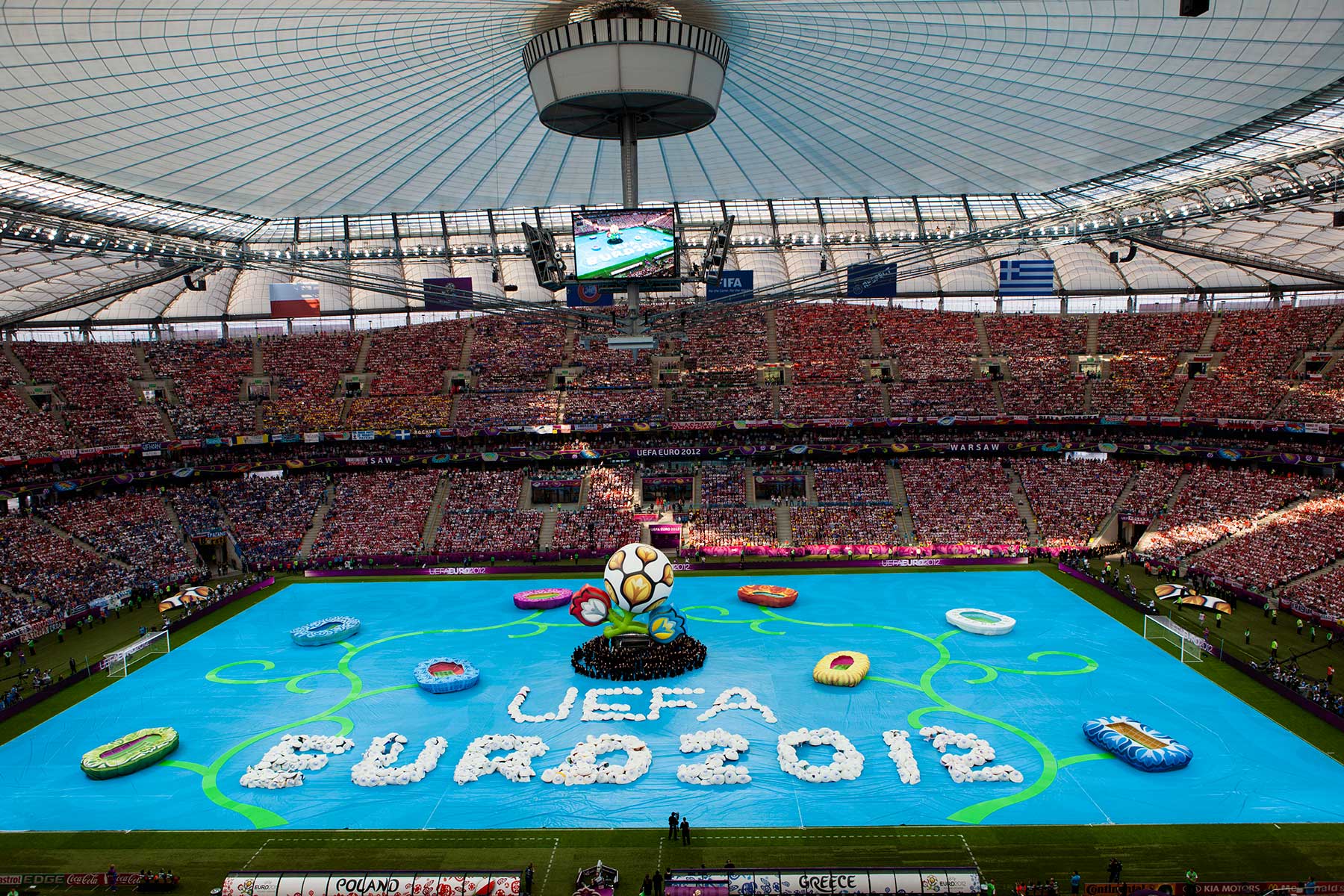 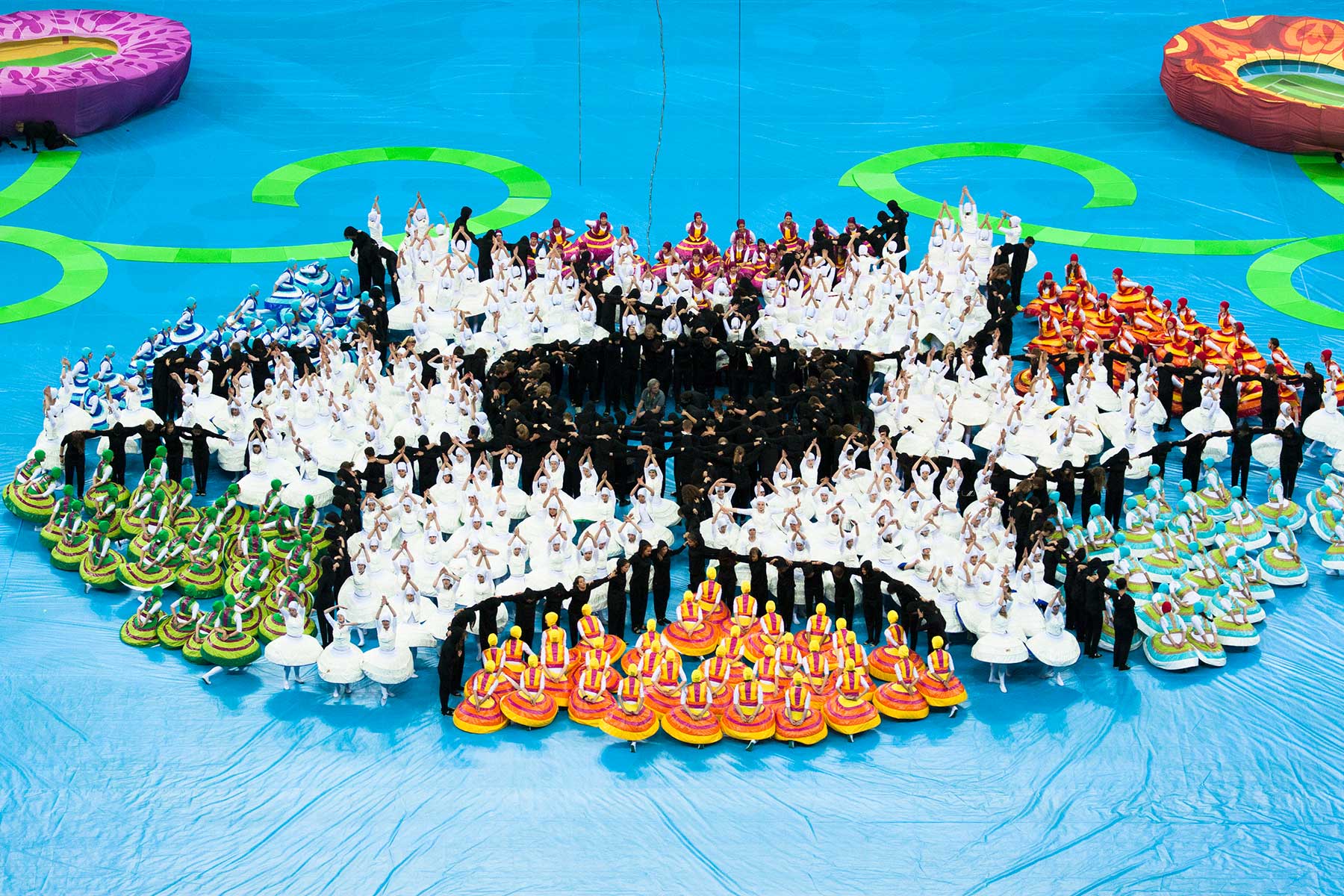 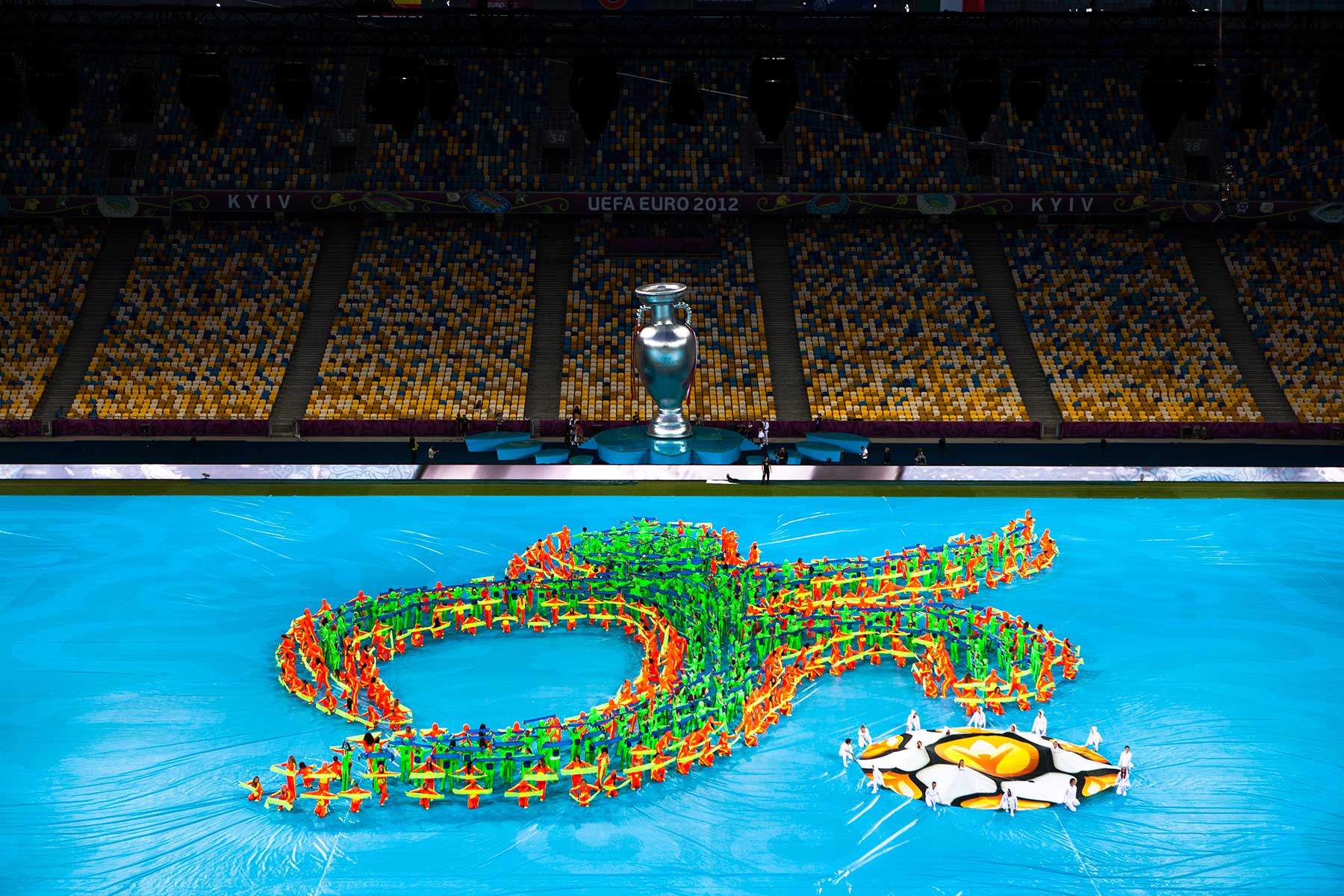 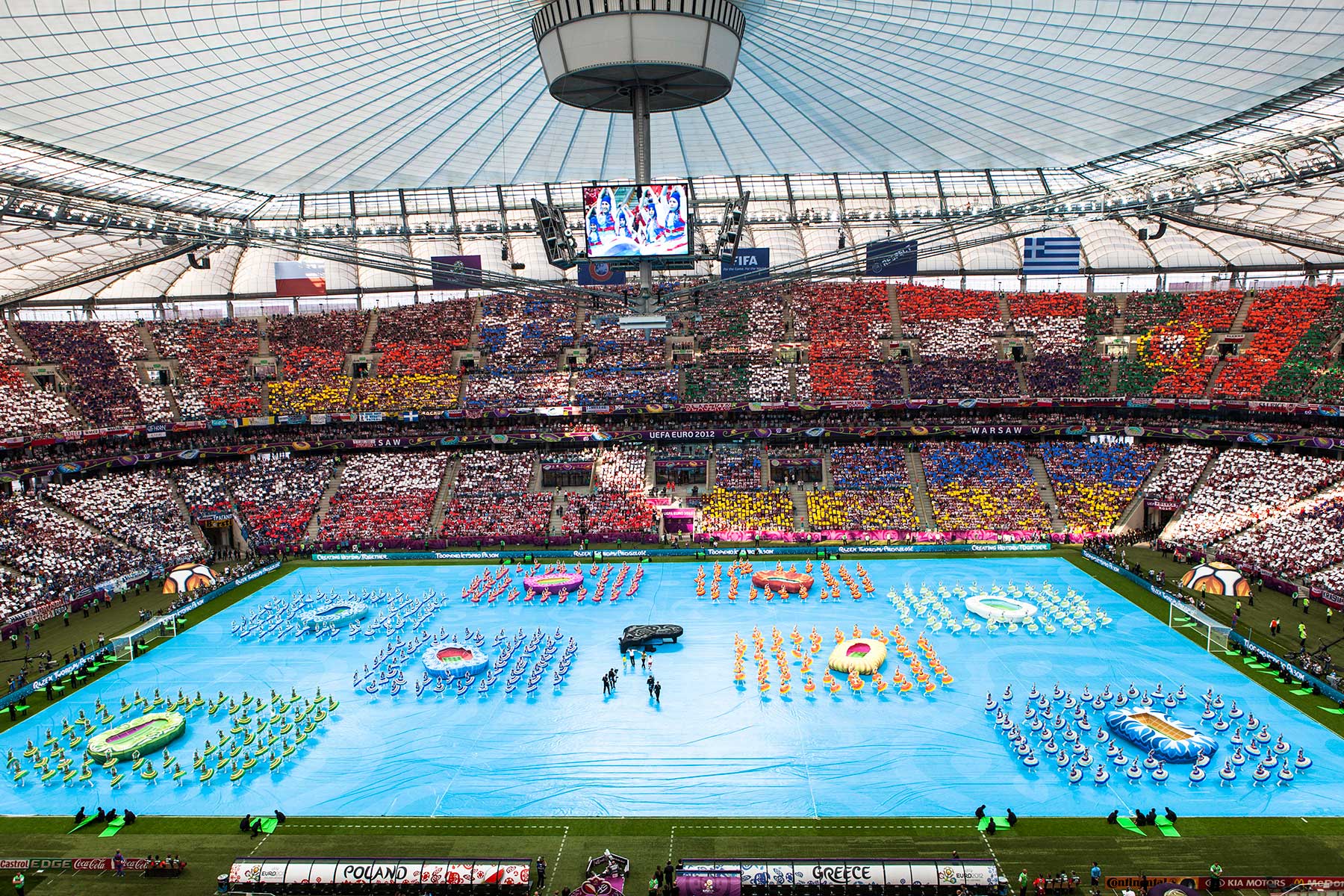 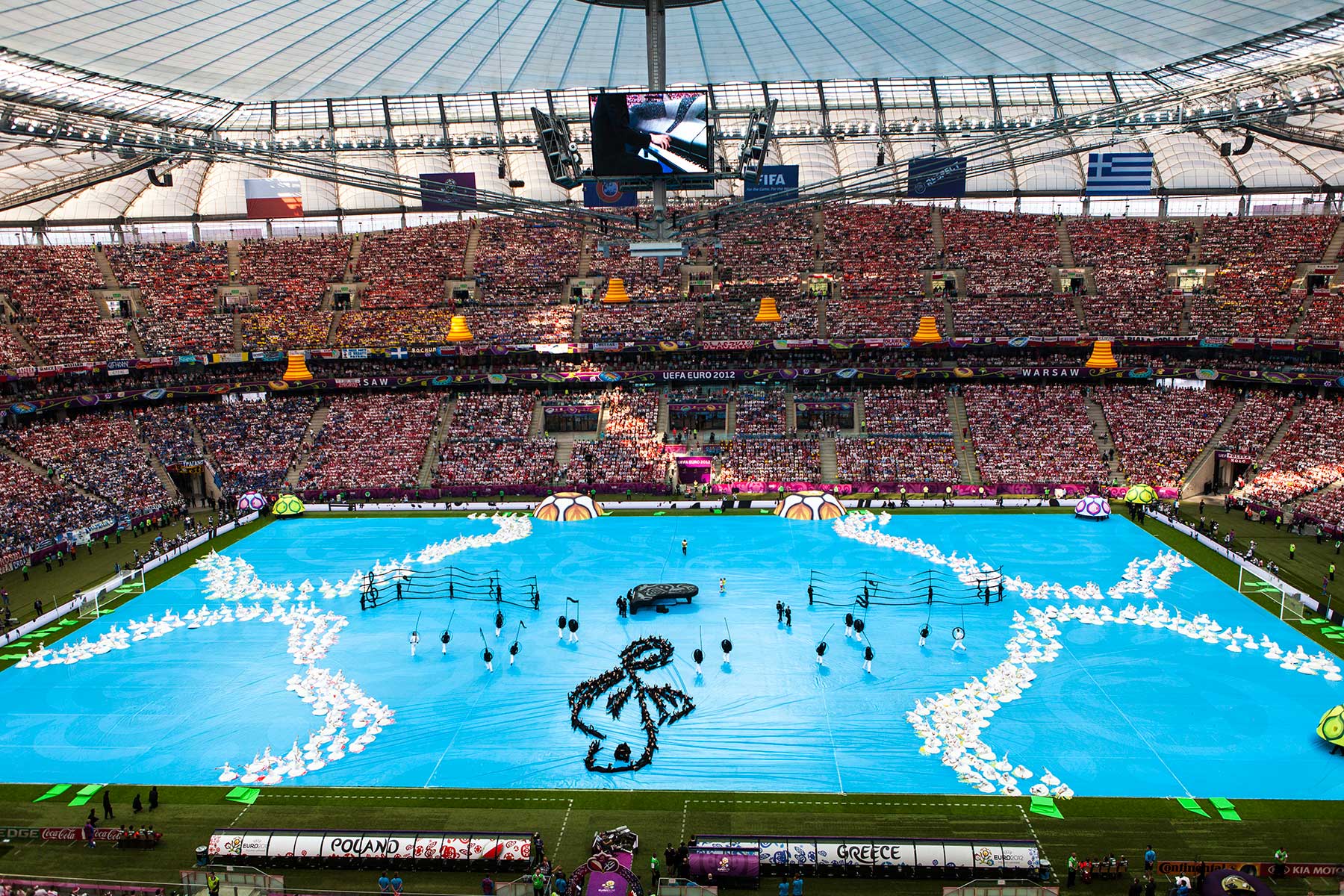 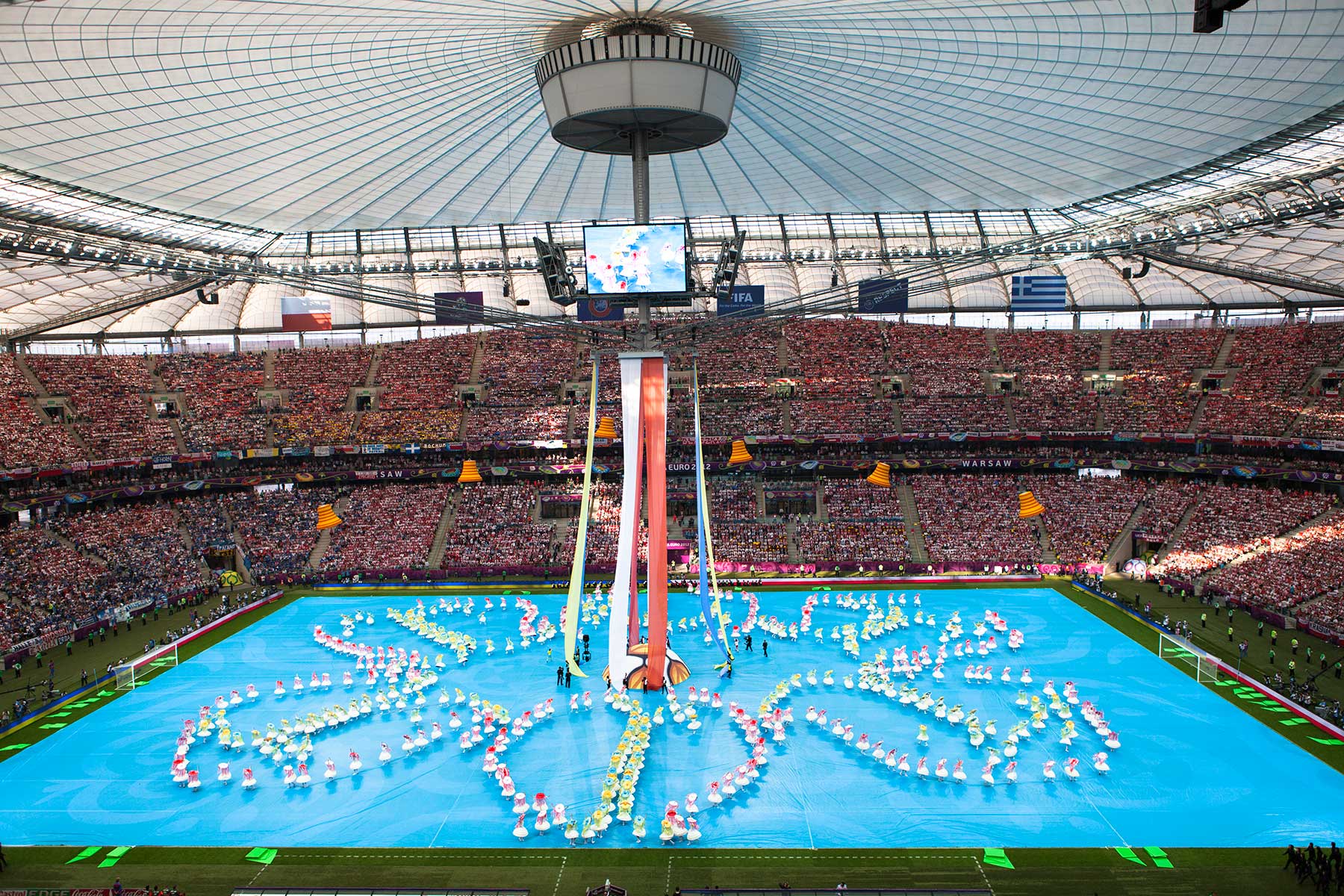 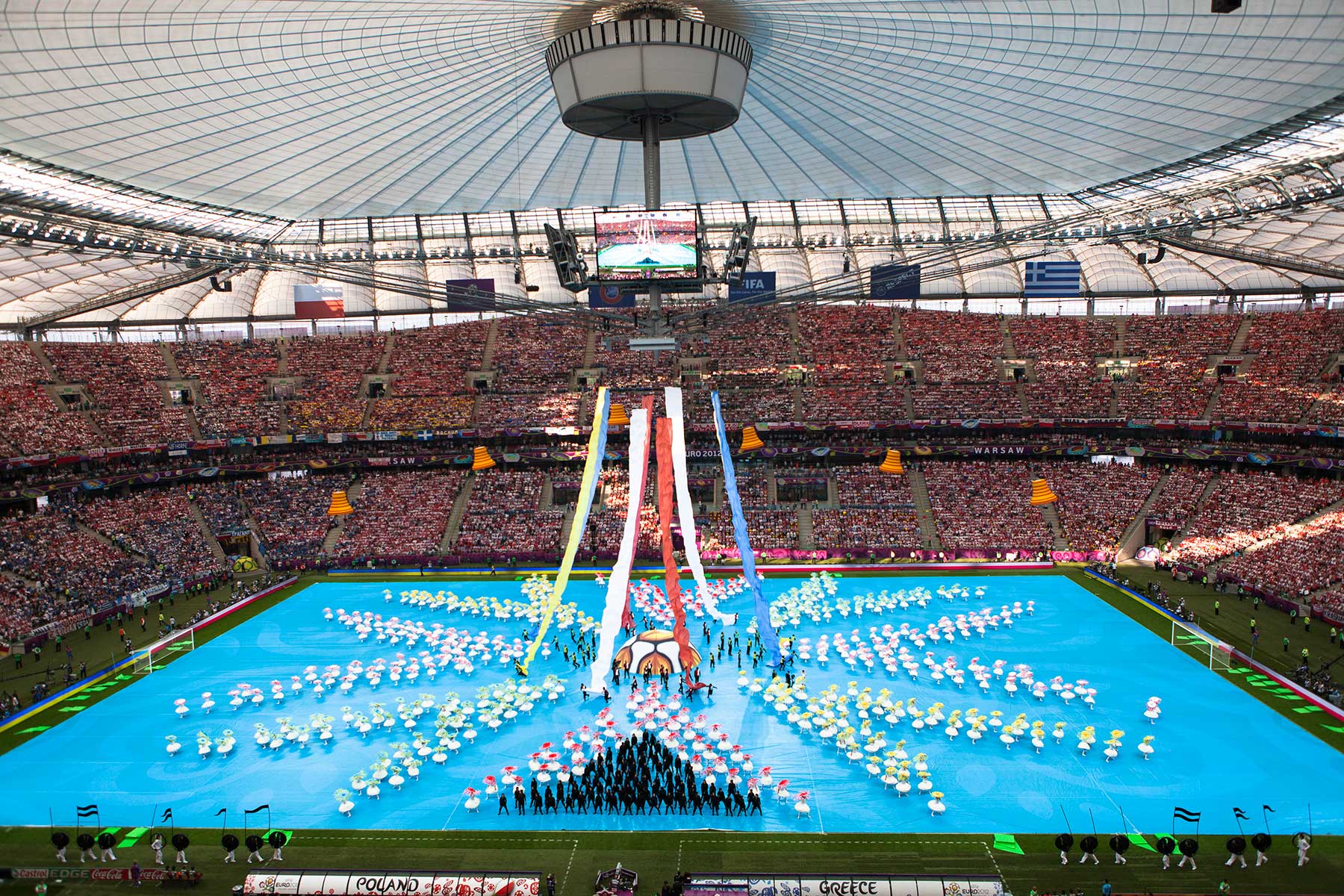 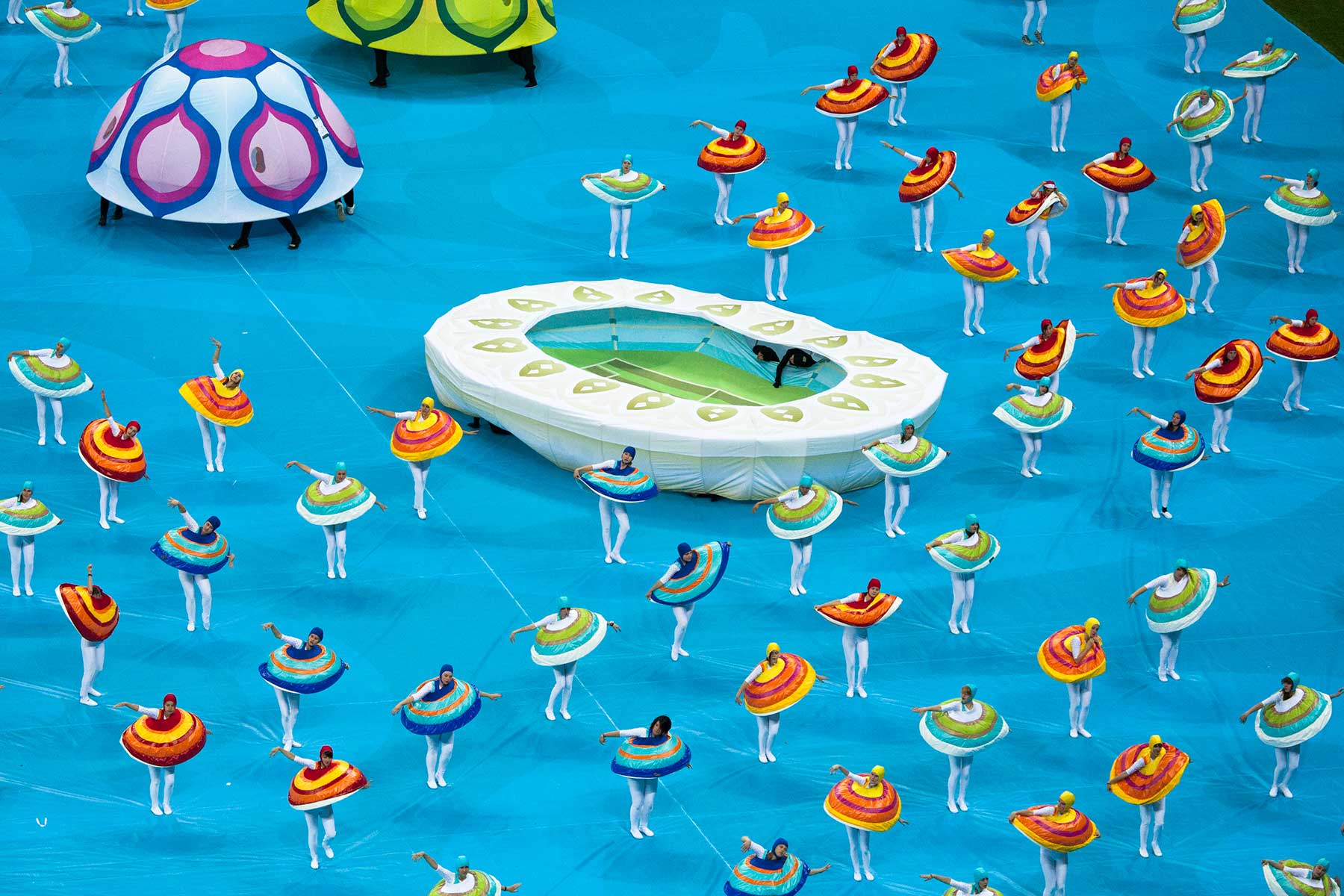 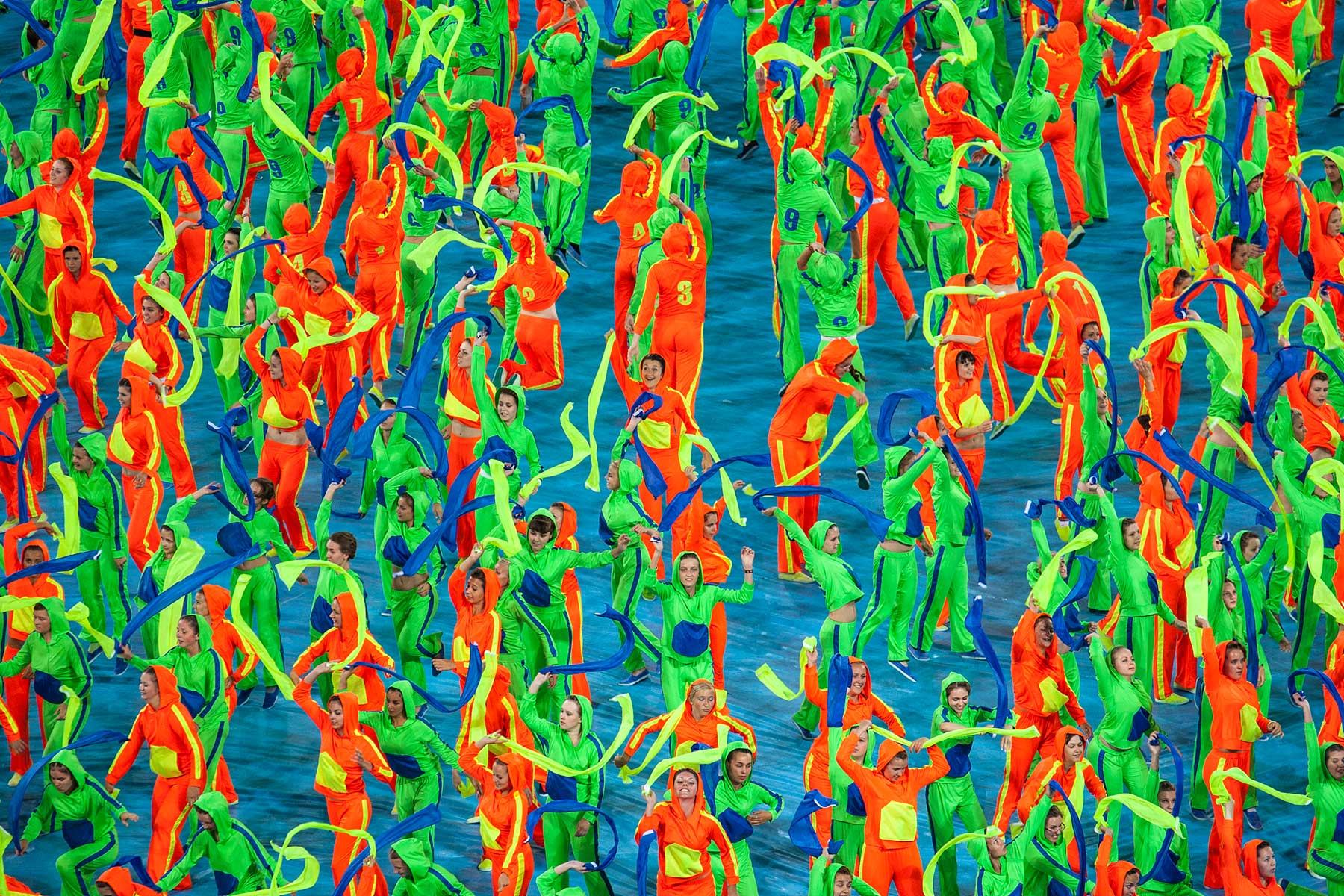 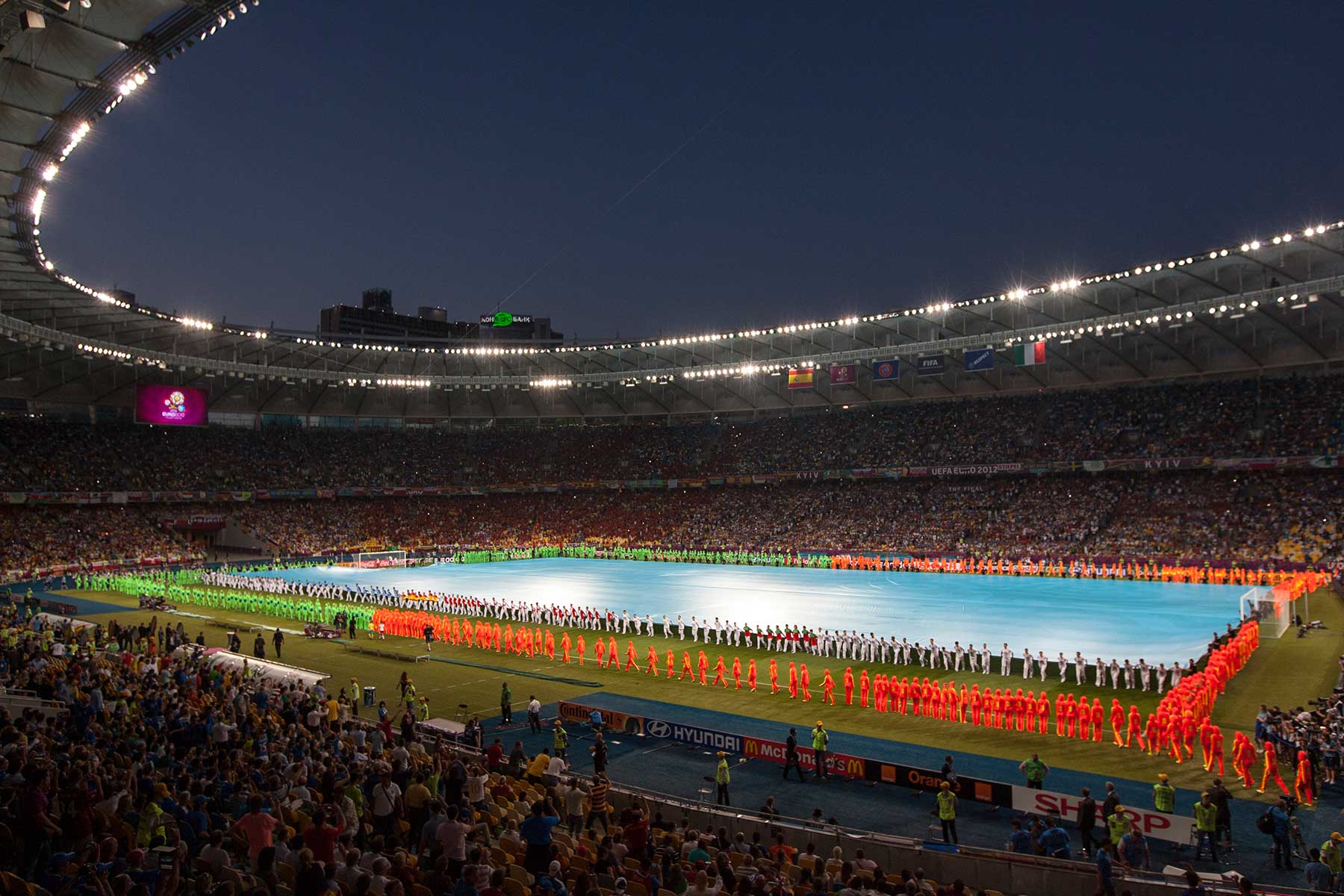