“Wondrous Wind” was the title of the ceremony that involved more than 4,500 performers: from the Kopetdag mountains to the shores of the Caspian Sea, Wondrous Wind took us on a spectacular journey across Turkmenistan, as the Ashgabat 2017 Games were heading towards the end and thousands of competing athletes were celebrating their achievements.

The set design was characterized by a central ring measuring 30m diameter, suspended 30m above the field of play by a complex set of catenary cables spanning the length and the width of the venue. The central ring grid weighed 45.000 kg with thousands of metres of cable, which was required to keep it suspended in the air. One massive projection curtain of 27 m diameter descended around the central stage area. A custom stage lift of 12 m depth, 20m in diameter and 30.000kg weight, revealing scenes, cast and sets. 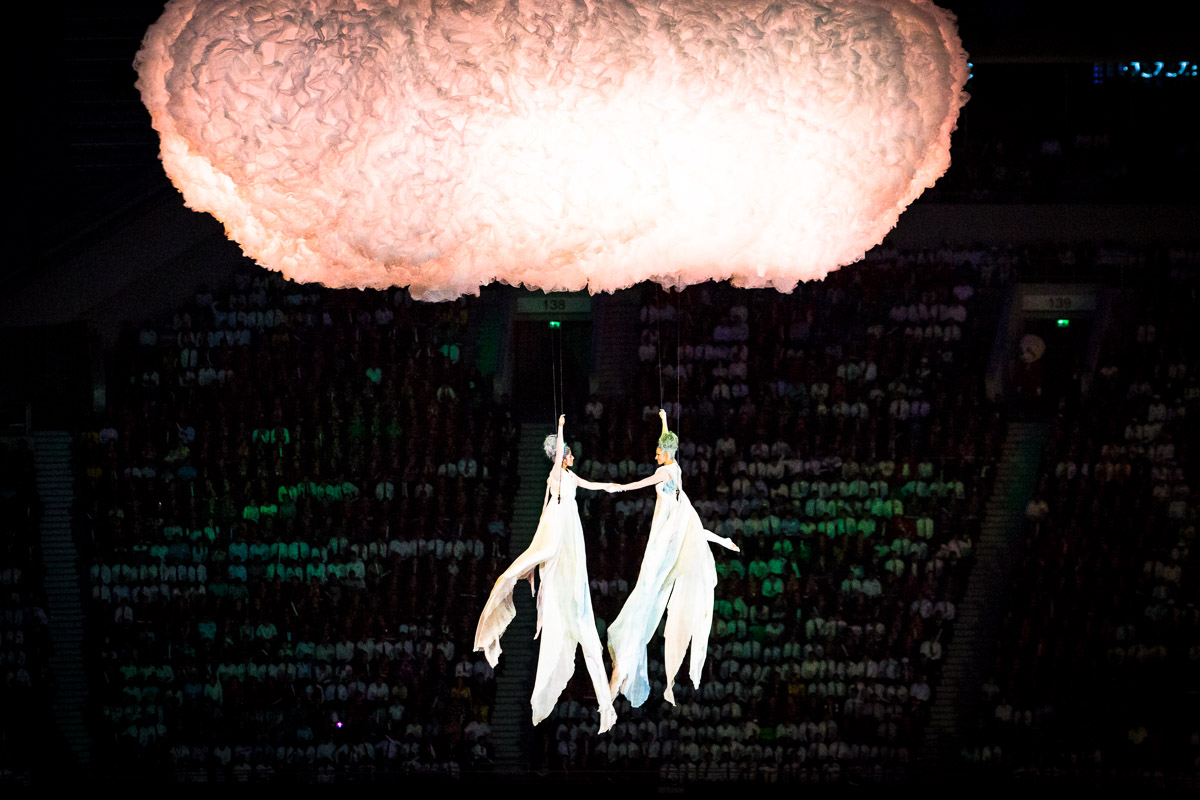 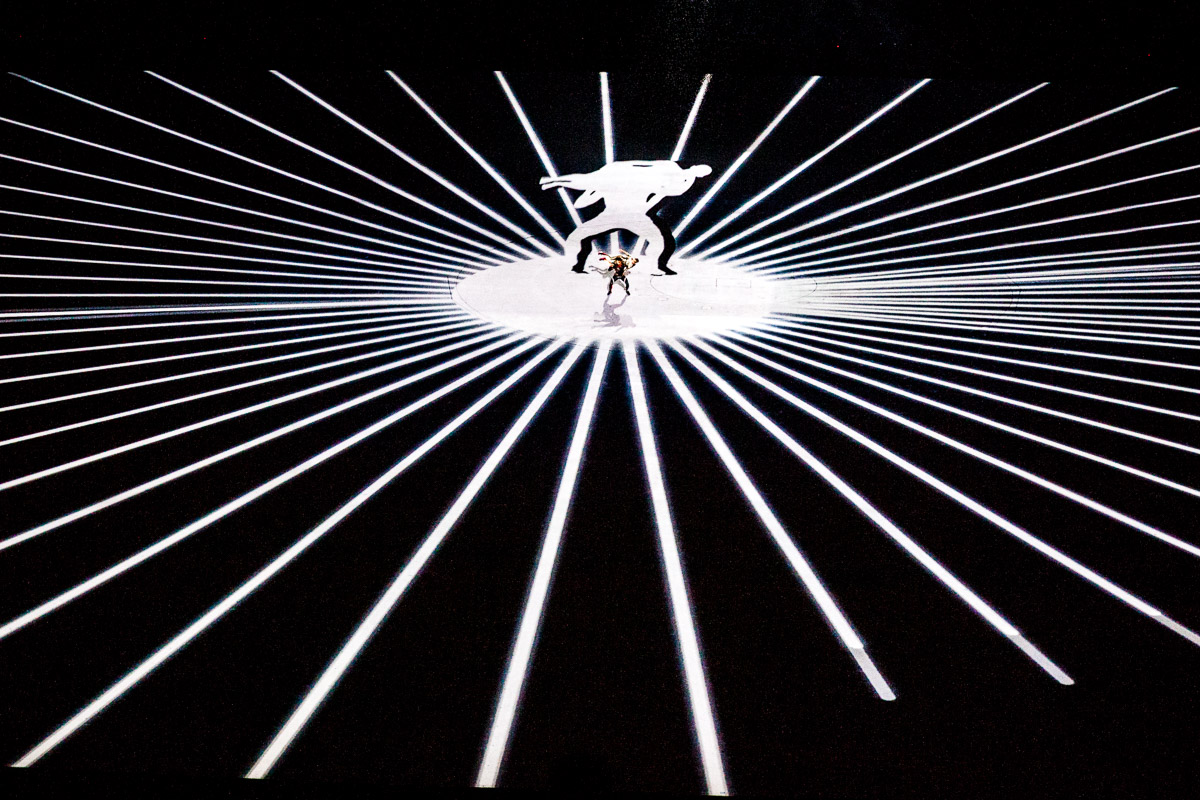 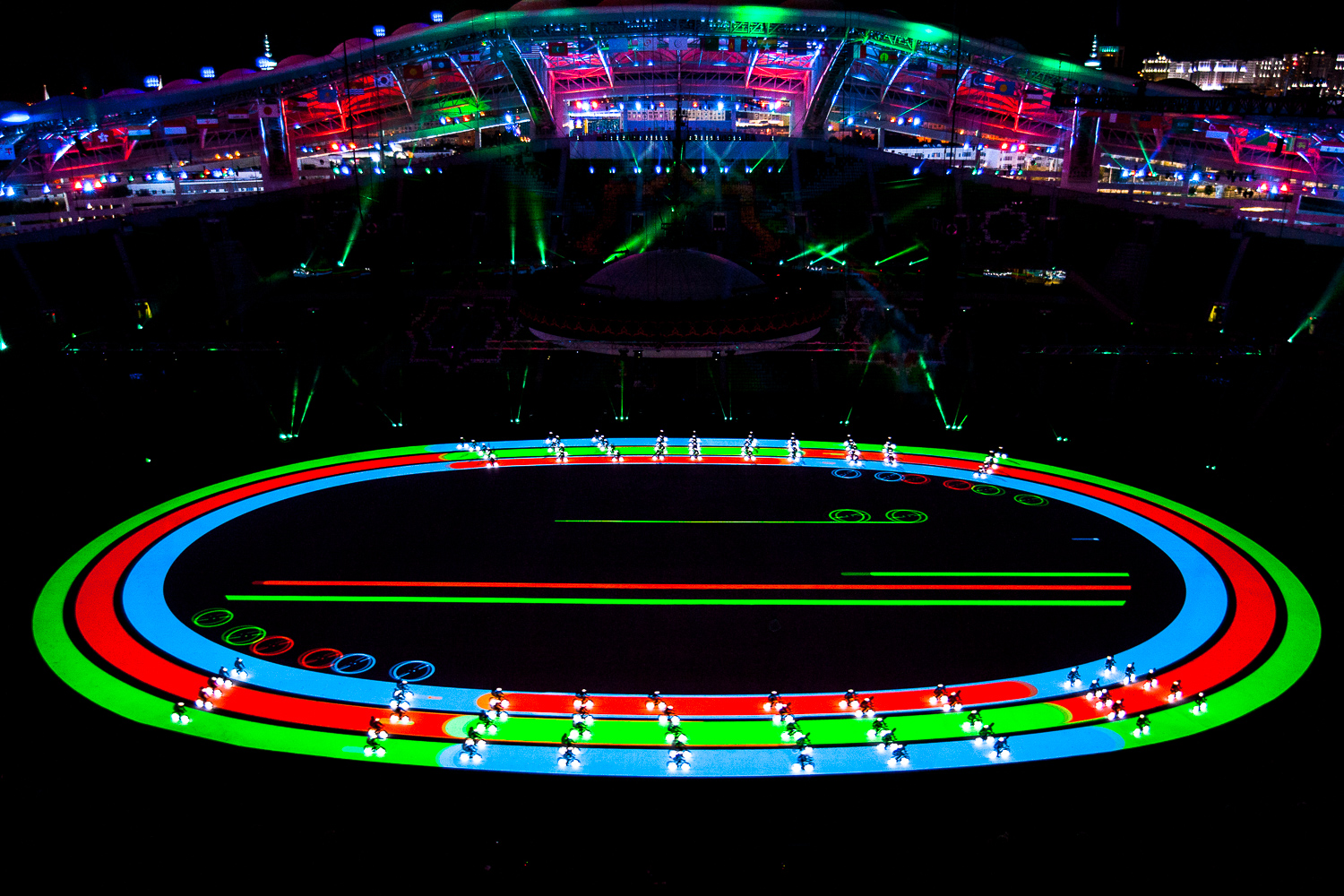 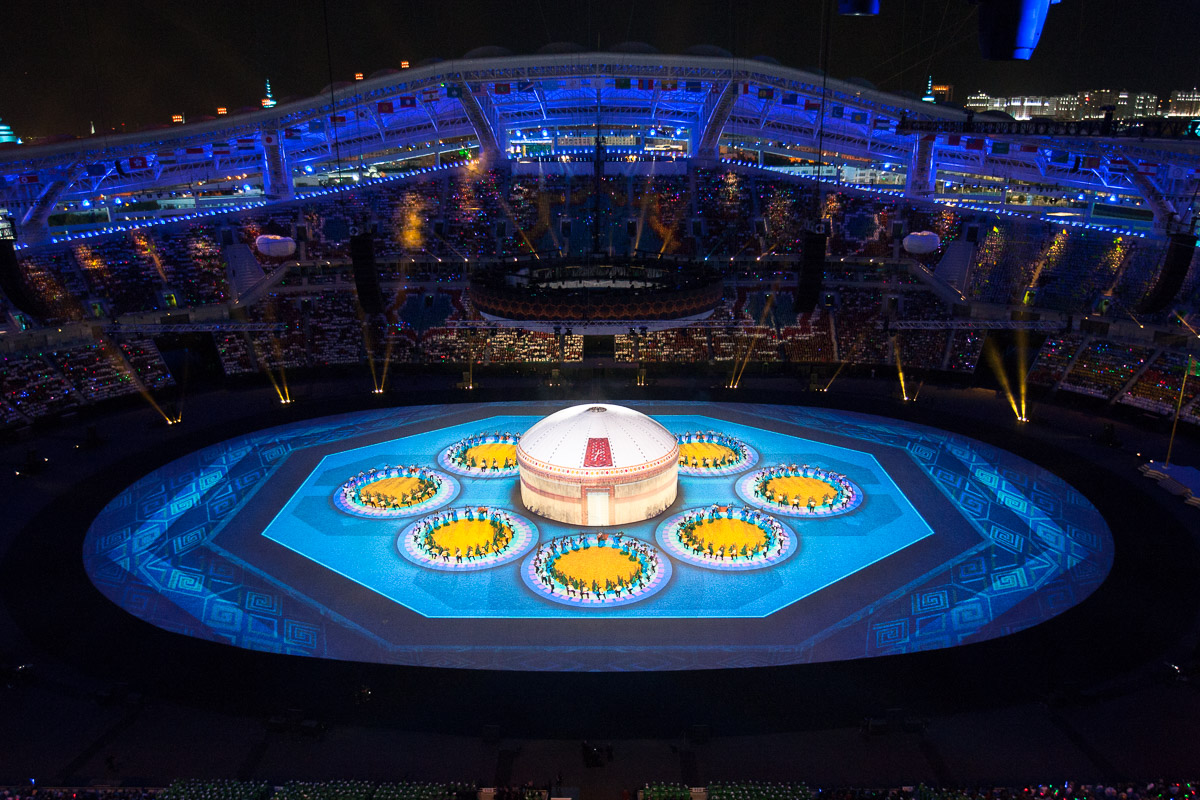 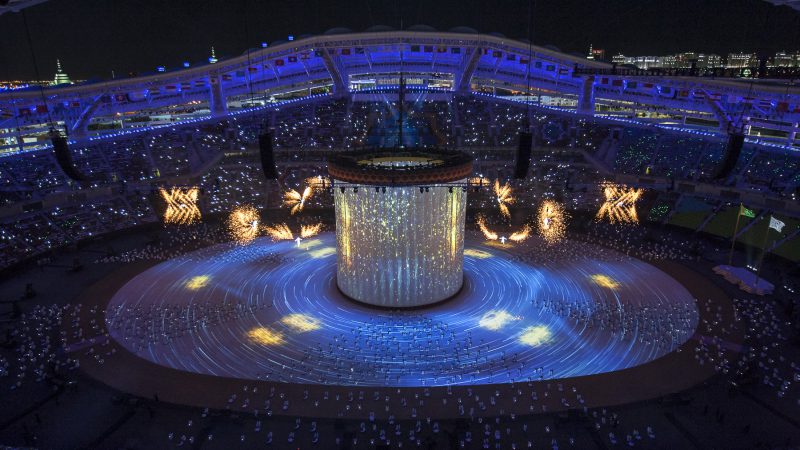 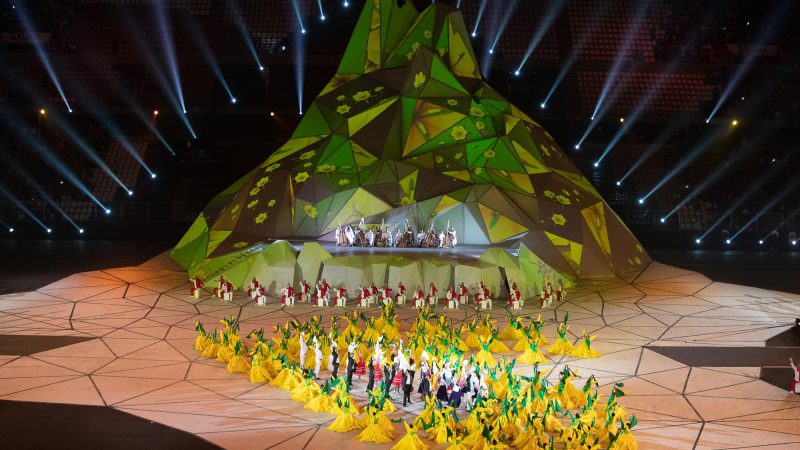 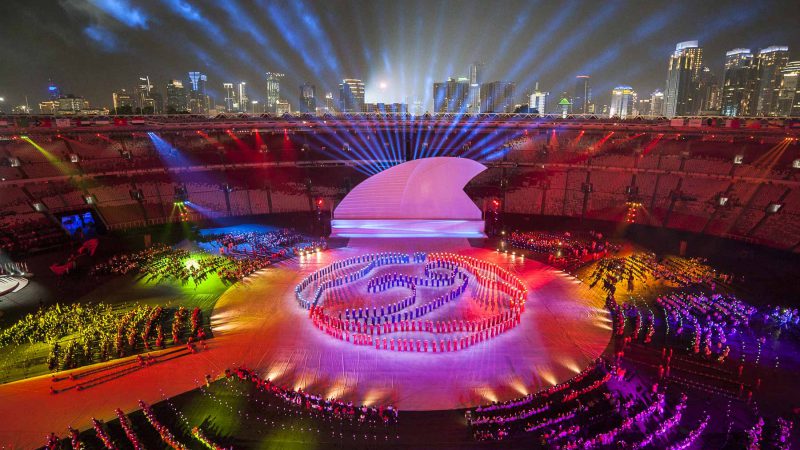